The Barrier Between A Writer And Their Work
Odyssey
CurrentlySwoonLifestyleHealth & WellnessStudent LifeContent InspirationEntertainmentPolitics and ActivismSportsAdulting
About usAdvertiseTermsPrivacyDMCAContact us
® 2023 ODYSSEY
Welcome back
Sign in to comment to your favorite stories, participate in your community and interact with your friends
or
LOG IN WITH FACEBOOK
No account? Create one
Start writing a post
Entertainment

The Barrier Between A Writer And Their Work 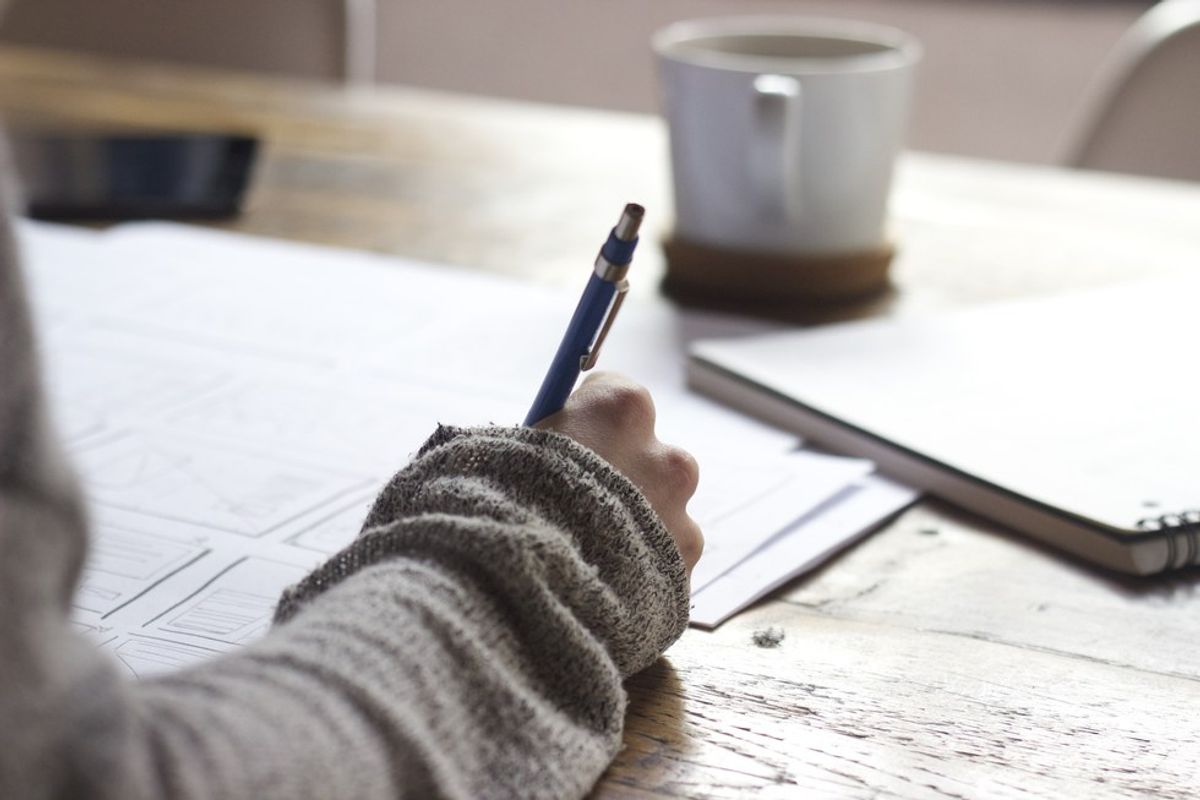 It’s common for writers to insert part of themselves into their work. Writers are inspired by their everyday world, the people that surround and influence them. Readers can find slivers of a writer’s personal life within sentences, in long passages and strange phrases. Writers write about what matters to them, their experiences and their hopes for the future. But is there such thing as a barrier between a writer and their work?

There may not be a definitive answer to this question. Writing inevitably involves more than just the writer. When indirectly sharing an experience, other people inevitably are included. Writers have been known to air out dirty laundry and for the most part, this isn’t appreciated. Writing is personal, it’s intimate. It’s the closest connection to a person’s mind without having them speak out loud.

It’s not surprising to hear about a writer coming up with an idea through a dream. Stephen King’s famous thriller, “The Shining” came to be after he spent a night at the Stanley Hotel, which has been said to be a site of paranormal activity.

“That night I dreamed of my three-year-old son running through the corridors, looking back over his shoulder, eyes wide, screaming. He was being chased by a fire-hose,” King said. “I woke up with a tremendous jerk, sweating all over, within an inch of falling out of bed. I got up, lit a cigarette, sat in a chair looking out the window at the Rockies, and by the time the cigarette was done, I had the bones of the book firmly set in my mind."

King portrayed himself through the main character– an abusive father recovering from alcoholism who was an aspiring writer. “Sometimes you confess. You always hide what you're confessing to,” he said. “That's one of the reasons why you make up the story.”

Regardless of what genre a writer focuses on, there are unique, intimate details shared with the reader– moments that are concealed from everyone else in their personal lives. And perhaps, parts of life the writer doesn’t want to directly confront. In this way, a writer can transform themselves into a person they desire to be, experiencing their own version of Jekyll and Hyde.

Readers become connected to writers through their work. It’s common for readers to dig deeper into the writer’s life to spot parallels and to further understand the material. There have been literary figures who are against this. The concept of writers leaving it all on the paper, in order for readers not to feel the urge to do their own investigation, has been discussed.

But can there be a concrete barrier created between a writer and their work? Or does a writer have to knowingly accept that they may no longer have a personal life because of their work? The latter seems to be the popular opinion and it has been for decades.