A Wound Time Cannot Heal
Odyssey
CurrentlySwoonLifestyleHealth & WellnessStudent LifeContent InspirationEntertainmentPolitics and ActivismSportsAdulting
About usAdvertiseTermsPrivacyDMCAContact us
® 2023 ODYSSEY
Welcome back
Sign in to comment to your favorite stories, participate in your community and interact with your friends
or
LOG IN WITH FACEBOOK
No account? Create one
Start writing a post
Health and Wellness

A reminder of what loneliness can do to people without people.

btherringdine
May 22, 2017
University of North Florida
28 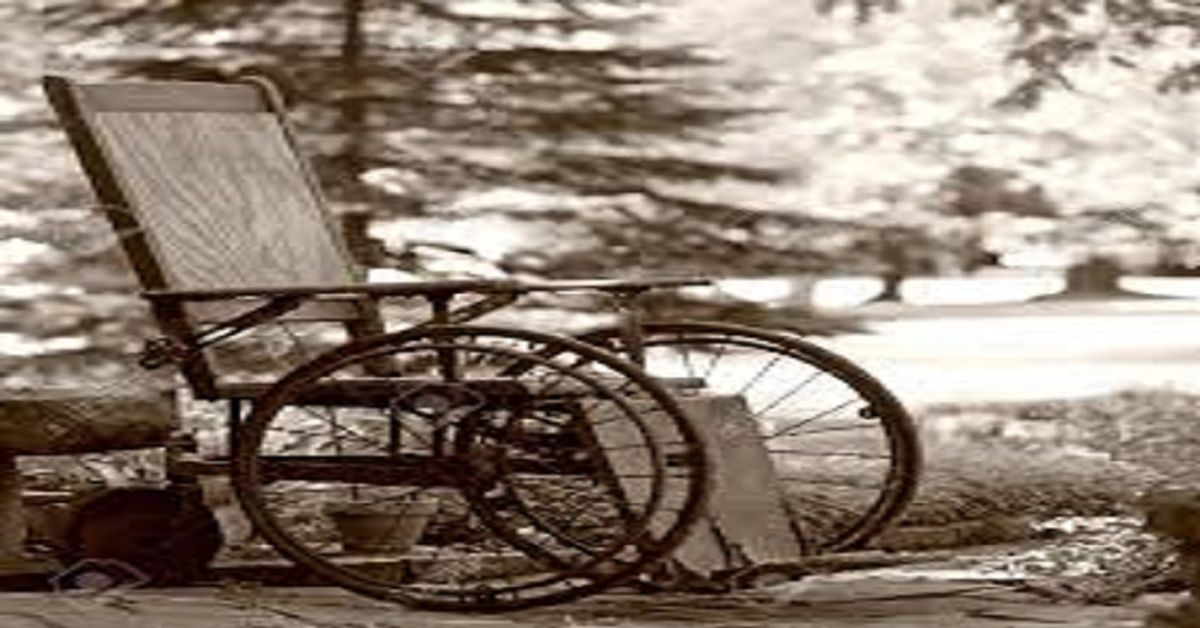 Years ago, I worked at a local Winn Dixie. I started at the age of 16, it being my first job. I met plenty of interesting characters working there for two years before getting a new job, but there is one person who I think of often. Unfortunately, I never caught this man’s name as many times as we had spoken.

One day, within my first week of working there, a man limped his way into the store, pushing a wheelchair. I noticed right away he was hardly using the left side of his body at all. The man was smiling very hard however. He was struggling to pick something up, so I offered my assistance. We began to have a conversation, and his attitude was inspiring. He told me how he had a stroke, making it nearly impossible to use the left side of his body at times. He was extremely hopeful and optimistic, assuring me that he intends to make a full recovery very soon. The nice man continued to tell me how he would try to get out of his house and walk to the store every day, trying to get better at walking. “I promised to God that I would never touch fast food again if I lived through this, and now that I’ve made it, I’m getting better and better at walking every day,” he would say. I asked if he had help at home, and he told me that he had nobody, not even a pet to keep him company, but was not lonely because he was too focused on recovering. He then cheerfully walked away to continue his shopping. I would often pass the store driving down Blanding Boulevard and would see a short, tan man, limping his way to and from the store. If anything, it was inspiring.

As the days, weeks and months went by, I would see him often. That short, tan man pushing around a wheel chair, swearing every day that he was getting better and better. After about a year of working there I noticed, his optimism started to sound more like denial. Anytime we spoke, I would show nothing but optimism and hope for his recovery, however, there were no signs of progress. The man smiled less, walked slower and kept his head down more than usual. I would try and speak to him every chance I was given. One day while he was checking out, I noticed he barely spoke and kept his head down, as if embarrassed. As I placed the groceries in his wheel chair where he always placed them, I noticed something: crumpled up fast food trash. The optimistic man I had met at the age of 16 was losing hope, and it was becoming clear. I couldn’t think of anything to say, nor was I even sure of how to say it. I decided to mind my own business, and just hope for the best for the man.

After two years of working there, I had my two-weeks’ notice in for the store, and was more than excited to move on. The man walked into the store, and I didn’t realize it would be the last time I’d speak with him. I walked out of the store next to him, having casual conversation. The man’s voice was shaky, and it seemed as though he refused to lift his head to make eye contact. “I’m becoming tired, it feels like trying is pointless.” He looked up, and I noticed right away that his eyes were watered and tears were ready to pour out. I was shocked, I was unsure what to say. All I could think was that I’m just some 18-year-old punk, who thinks life is so simple. I had no idea what it was like to go through something so serious, or how to help one through this time. I remember saying, “You can’t give up, it can only gets better.” It was all I could think of at the time, never being exposed to the situation. The man was always alone. He walked alone, shopped alone, ate alone, and slept alone. People he would pass while walking were the only social interactions he would have as far as I was told, and that sounds dreadful. He took a deep breath, told me to have a good day and that he’d see me next time. All I could get out was “have a good day, sir.” I never did remember to say how I was leaving the store. He limped his way through the lot and across the street and that was the last time I saw him, over two years ago.

Every time I drive in that direction, I look at the sidewalk to see if the short and tan man is walking to the store, practicing to get better. Unfortunately, he never is. I would go into the store, and he wouldn’t be shopping at the usual time he used to. I think about this far too often. I think of all the things I could have done better, times I could have been nicer, or even walked with him a little further. I try not to assume the worst, but hope for the best. The stroke was not this man’s worst problem, but rather, it was loneliness.

I hope that people reading this learn from it, and maybe will walk a little closer and farther with someone in need, someone who just needs someone. Everyone just needs that extra push sometimes, but they need someone to do it for them. It’s a wound that time cannot heal alone: loneliness.