The Literal Worst 'Bachelor' & 'Bachelorette' Contestants To Ever Receive A Rose

The Literal Worst 'Bachelor' & 'Bachelorette' Contestants To Ever Receive A Rose

You will not be receiving a rose tonight. 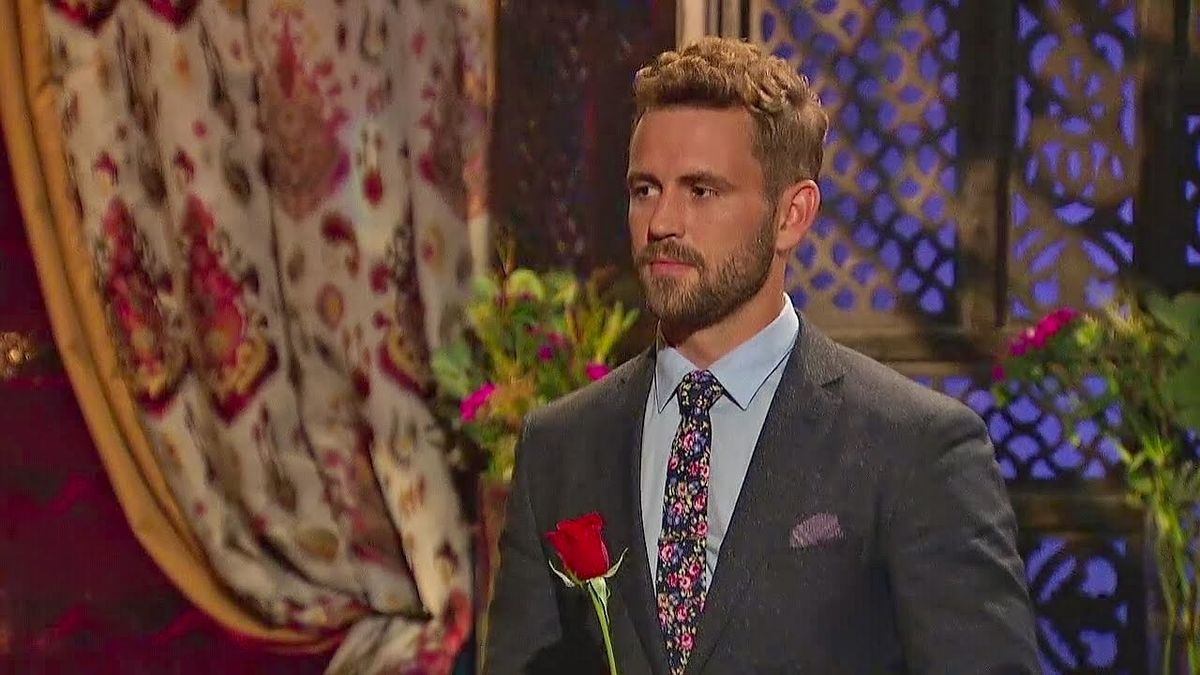 Ring in the New Year with the most dramatic season yet! "The Bachelor" is coming back into our hearts January 1, 2018. "The Bachelor" took a left turn into nowhere and announced that Arie Luyendyk, some racecar driver from an earlier "Bachelorette" season, is going to be the next bachelor and even coined the term "Janu-Arie."

Yeah. I'd love to meet the marketing person who came up with that one.

Now, I only started watching "The Bachelor" around Kaitlyn's season of the "Bachelorette," so I don't know this Arie racecar driver. All I've heard is that he got his heart ripped out by the Southern belle Emily Maynard who we never hear from anymore. Also, Arie likes to kiss a lot of girls, so he's basically like that frat brother who chugs a few beers and thinks he's irresistible to every girl at the party. I'm known to give everyone a chance and nice enough, so I'm going to give Arie a chance to prove himself... and not be like any of these contestants.

God, if we have another Juan Pablo in our midst...

I can't even spell his last name and I don't even want to look him up. He was so annoying and it wasn't even because of his height. He always complained and he got the one real and honest person kicked off the show. I think the only time he semi-impressed me was his intro on "The Bachelorette" when he rolled up on a motorcycle and showed his semi-badass tattoos. I recently found him on Instagram earlier today actually and he's some fitness guru or photographer. He looks like a wannabe and not like the other "Bach" contestants who actually are good at being wannabes. Alex, you can go home. You're not getting a rose tonight.

First of all, how does this mother of two go on reality TV for two to three months a year and film? Not even to film a movie or TV show but for reality TV to find love? NGL, her children are absolutely adorable.

Let's break down her "Bach" process: first, she tried to find love with Ben. That sort of worked out. Ben broke up with her because he wasn't ready to be a parent to TWO girls (smart move, Ben). Then, she tried again to find love in Mexico. She almost was about to seal the deal with Nick Viall (remember that?) but then fate intervened and that dude Josh swooped in with his way-too-pearly whites and basically glued his mouth to Amanda's. They got engaged but apparently, Josh has commitment issues or something and they broke up. They shopped at Target and then they broke up.

THEN, Amanda accepted her fate as a reality TV star and just wanted the free Mexico vacation so she went on "BIP" again. There, she just wanted to mess with the guys and reject them over and over again. I mean, I gotta respect her for that. But c'mon. Just call it quits and go get a real job or at least a couple sponsorships or something.

Oh, NO. Nick is weird. He's funny and chill, but honestly, he can be a little high maintenance and wannabe player. He says he wants true love and a family, but honestly with all of these hookups (literally) who can believe him? I thought he found love with that Jen girl but apparently not. All he does is take selfies on Instagram... who does that anymore LMK. I am rooting for Nick. He seems like a good guy underneath those 15 minutes of fame. Most likely swipe right TBH.

Before you get on me about putting a veteran on this list, I just want to let you know I am proud of her service. She served this great country and I salute her for that. But go on the "Bachelor" after? C'mon, you can do anything. Work in the government, use your status to go back and earn an education. But you choose to go for the "Bachelor"?? OK.

She tried to paint Corrine as the villain, but honestly, anyone who loves pasta enough as she does cannot be a villain. Taylor was actually mean on the show to her and others and she deserved her ending. BUT I will say her love story on "Bach in Paradise" earned her some points. Not enough points to take her off this list, though. Her engagement was pretty cute, NGL.

Oh, my God. She was annoying. She was almost equally annoying as Janice from "Friends." And that's saying A LOT. Where is she now? What does she do? IDK. She fell in love with Ben who didn't recuperate the feelings. I do feel bad for her, she got her heart trampled on. But she is annoying.

He's that guy who always wants to get in on the drama or fights but never can pull his own weight. When the spotlight turned on him, he always choked. He's not even cute. It was kinda weird when he came on the show during Jojo's season and he introduced himself to her and all the guys. Like, sorry penis doctor but there are enough Viagra and testosterone going around. I do love him and Carly. Their love story was on "BIP" was a bit rocky at first, but he proved to all the single and weird peeps out there to stay weird and you will find love. Go, Evan, go!!!

I didn't care for her really during Nick's season of "Bachelor," but when she came on "BIP" and came between Kristina and Dean, I was ready to throw hands. Like can you chill?!? I know you have boobs and want to flaunt them everywhere but why you wanna rip apart an already good, solid, stable relationship?? I guess she's doing fine now, just a social media influencer.

The football playing, hair slicking, wine-loving guy who seemed a little fishy all the time but eventually crept into our hearts. He's still a little creepy and weird like what is he doing with his life and all, but I really do believe Jordan and JoJo are happy and that's the whole point of this show.

"Oh my God" is what I literally said as I typed Robby's name. I have a lot of feelings about Robby but for the sake of this article, I'll only list a few. First, he's a social media influencer. Like he listed that as his job. I mean, I'm a public relations major and love Twitter, but I don't say "Twitter enthusiast" in my LinkedIn bio. Second, he allegedly cheated on Amanda. Cheater, a cheater always a cheater. Finally and the probably most important reason is that whole Ken doll thing. Every time he walks into a room with that glued-on smile on his face I just want to hide under my bed. IDK, the Ken doll thing just creeps me out.

Did you know his last name was Maguire? I didn't. But honestly, Daniel was so cute but so annoying. He made an entrance everytime he walked into a room. I regret putting him on the worst list but he is annoying. Enough said.

I don't care what his name is, but can we not bring him up ever again? Leaving him in 2017.

I mean honestly, aside from the sexual assault allegations, he still went on the "Bachelorette" when he already had a girlfriend. Does anyone still remember that??

It wouldn't be the worst contestant list without this guy... I think everyone knows why he's on here. Do I need to explain?