The World Through The Lens Of A Bipolar Millennial
Odyssey
CurrentlySwoonLifestyleHealth & WellnessStudent LifeContent InspirationEntertainmentPolitics and ActivismSportsAdulting
About usAdvertiseTermsPrivacyDMCAContact us
® 2023 ODYSSEY
Welcome back
Sign in to comment to your favorite stories, participate in your community and interact with your friends
or
LOG IN WITH FACEBOOK
No account? Create one
Start writing a post
Health and Wellness

The World Through The Lens Of A Bipolar Millennial

One day, I can feel like I'm on top of the world, and the next I'll crash deep into a darkness. 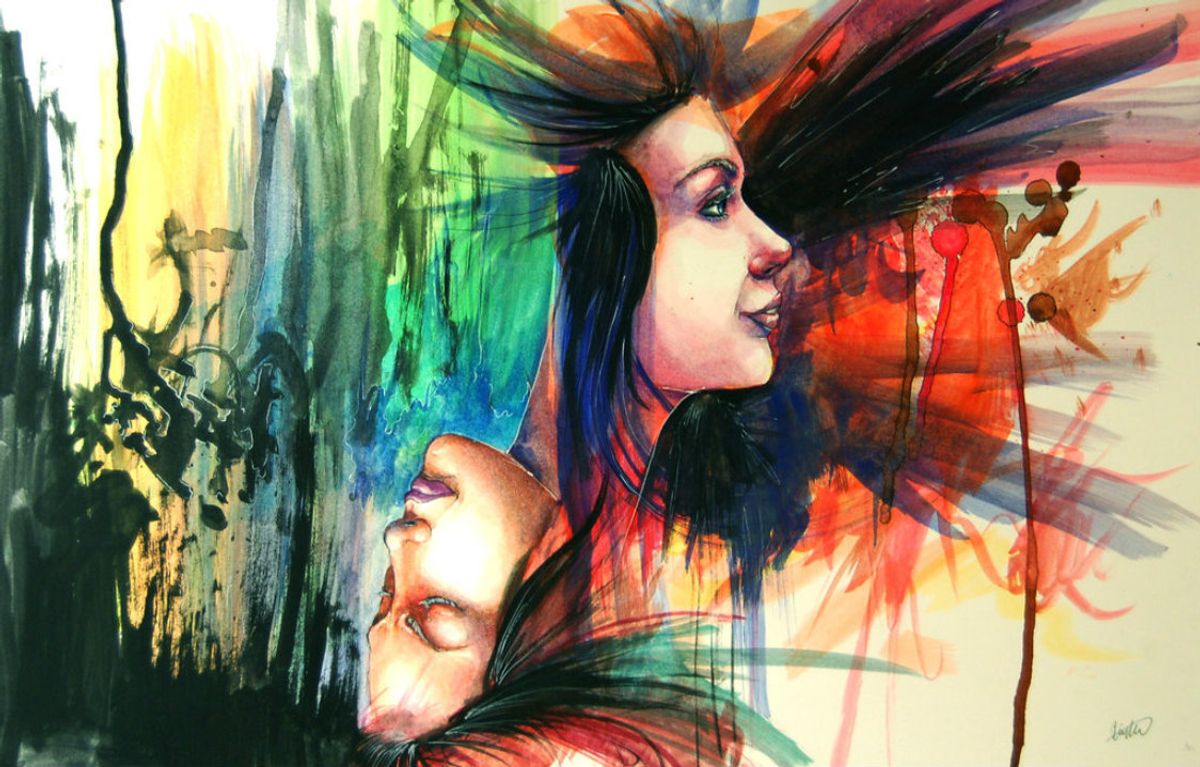 When I wake up, I honestly have no idea what kind of day I'll have. Maybe it'll be a fun, exciting day without a worry in the world. Maybe it's too exciting, and I do things I'll later regret. Maybe I'll be too depressed to do anything, maybe I'll isolate myself from friends and family. Maybe I'll go to class, maybe I'll skip and go on some adventure. Maybe, just maybe, it'll be a decent day where I'm productive without letting my happy or sad emotions get the best of me.

The problem is, every day I wake up unsure of how my emotions will go and how that will impact my day. And sometimes that's a terrifying thought, other days, it's not too bad.

This is the life of living with bipolar disorder, unsure of how your emotions will be one day form the next, feeling like little to nothing is usually consistent in your life.

I have a rare form of bipolar disorder 2. Most bipolar 2 individuals experience longer periods of depression with manic episodes here and there. I instead experience longer manic episodes than depressive episodes and rapid cycle (so instead of a few weeks at a time experiencing different episodes, it's every few days), which often can cause severe mixed episodes. Because of this, my fear that one day I may be to manic and the next too depressive is all the more real.

I've lost friends because of my actions from my bipolar disorder. I lost a boyfriend from it. I lost trust of loved ones for a time because I couldn't control my mood or actions.

My emotions switch like a light. Just one simple thing can set me off in a manic or depressive episode.

I've blown thousands of dollar in one day. I've attempted suicide twice. I've done spontaneous things that have caused major personal repercussions (ex. skipping class to go to the mountains, drive two hours for a cup of coffee then drive back, getting lots of tattoos) or done spontaneous things that have been somehow blessings in disguise or just good therapeutic things (ex. getting a cat, painting my room five times in a year, dancing for hours non-stop).

I've done countless things I've regretted because I either feel far too "high" or far too "low". I almost dropped out of college because of my bipolar, I had to take out loans to pay for who knows what I've spent money on. I had to get reported to campus health services for suicide attempts, I was not only almost hospitalized for my eating disorder, but also because of my mental state.

Living with bipolar disorder is no joke. It's nothing to laugh about. It's something to take seriously.

One day, I can feel on top of the world, and the next day I'll crash deep into a downward spiral.

As I've gotten older and my bipolar disorder has gotten worse, I can't hold a job long anymore, my grades (which used to always be straight A's or all A's and one B) are now Bs and Cs with an A here and there. My card gets declined sometimes now, something that never happened before. I constantly change up my wardrobe and hair and overall appearance depending on my moods.

Because of my bipolar, I feel like I no longer have a sense of who I am and what my life is/should be.

I can be unreliable sometimes now because I can forget oblgiations and do something else that better fits my mood or emotions. I don't take as many opportunities that could help better my future because of my emotions that day. I don't do as much of what I used to love because my bipolar gets in the way. I still relapse in my four year long eating disorder frequently because I can't control my emotions.

Because of this, I've chosen to live without medication, and whether that's the best decision or not, I don't know. But I have to trust that one day, I can find a way to be okay.

I go to therapy weekly for my bipolar disorder. I reach out to others when I know that I'm deep in a manic or depressive episode and need help from someone else to make sure I don't do something rash.

I'm dependent on others because my case of bipolar disorder does not allow me to be dependent on myself anymore. It's not that that will always be the case, but where I am in my life now, it is the case.

Bipolar disorder is a part of me, but it is not all that I am.

I am my accomplishments, my dreams and goals. I am what I have done to help and better others and myself. I am not only what my emotions are when I'm deep in a depressive or manic episode. I am creative, inspiring, fun, people-hearted, caring, open, loving...I am uniquely me.

Bipolar disorder does not make me weak. It just makes life harder to live.

And even though my bipolar disorder makes it harder to get by day to day, I'm thankful I have it because it allows me to see the world in a different, creative way.