We ALL know what it's like, so let's stop putting each other down. 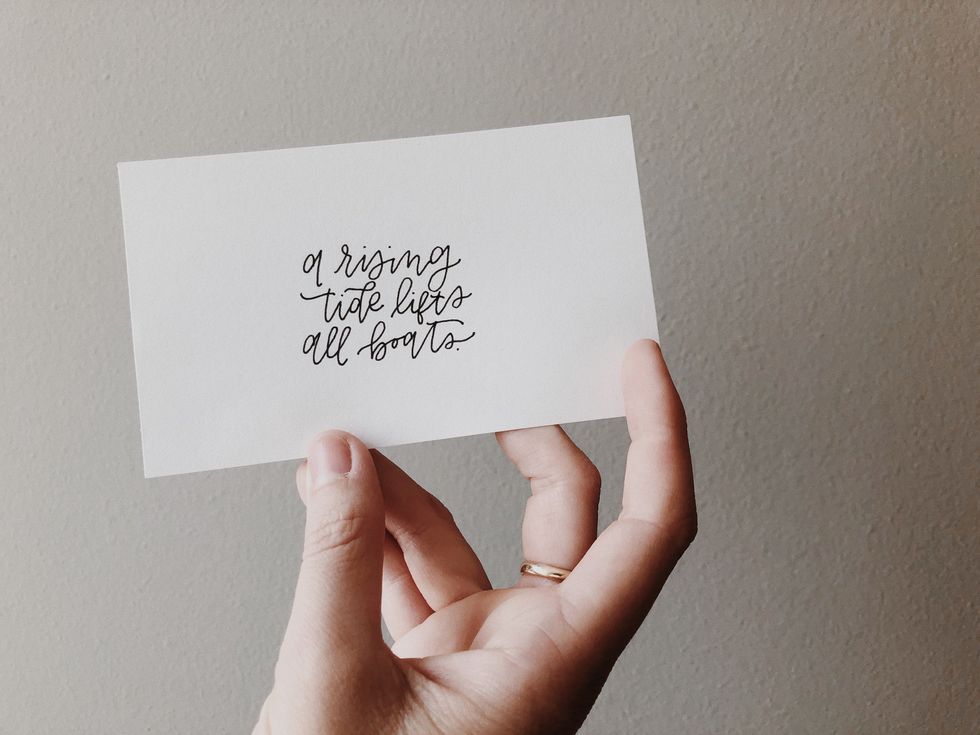 Feminism as a whole is about equality.

We want to know we receive the same benefits and can achieve the same goals men can.

And ultimately have that respect, regardless of gender.

But it's more than that.

I believe true feminism starts with respecting one another as women.

If we can't get along with one another,

and find ourselves constantly competing with one another,

then how can we expect respect from anyone else?

It starts with ourselves.

Accepting our own differences as women, our own flaws, and unique characteristics.

Your not a "Boss Babe," by putting other women down.

And you aren't truly standing up for equality if you aren't giving other women a fair shot.

Different ways we parent as moms,

date, see the world, respond to challenges, or speak up for ourselves.

And those are ALL acceptable.

Respect the mom's at home who haven't had a chance to shower in a couple of days.

Respect the younger women wearing mini skirts with "new ideas," because you know you were like that at one point.

Lastly, respect the older women who have learned, and have grown, and managed life for much longer.

We each have something to offer.

But none of that truly matters.

Just as we want to be equal to men, and can be,

but are very different.

We will never BE men.

And we as women, we will never be each other.

I've had enough of us putting other women down,

because we ALL know what it's like, and chances are,

at least a few of us have experienced similar situations.

You might hate his ex, but you know what it feels like to be an ex too.

He calls her crazy and you take his word for it.

But what about her side?

what if it was YOU who was the "crazy" one.

And all it came down to was a misunderstanding and a broken heart.

You feel like she's rude because of her facial expressions

when really she's just having a bad day,

or it's just her face, and you're taking it personally.

She has something you don't have.

Love that for her, because chances are you have something ELSE that she doesn't.

Her job is better than yours,

or she got the part.

Be happy WITH her, because you would want someone to do the same for you.

She's crying, nursing her baby, and juggling a toddler,

crying in the closet.

Be an equality-seeking woman, who LOVES people.

Because you want the same for yourself, and YOU know what it's like.