These women are some of the most successful in the world, regardless of political party. 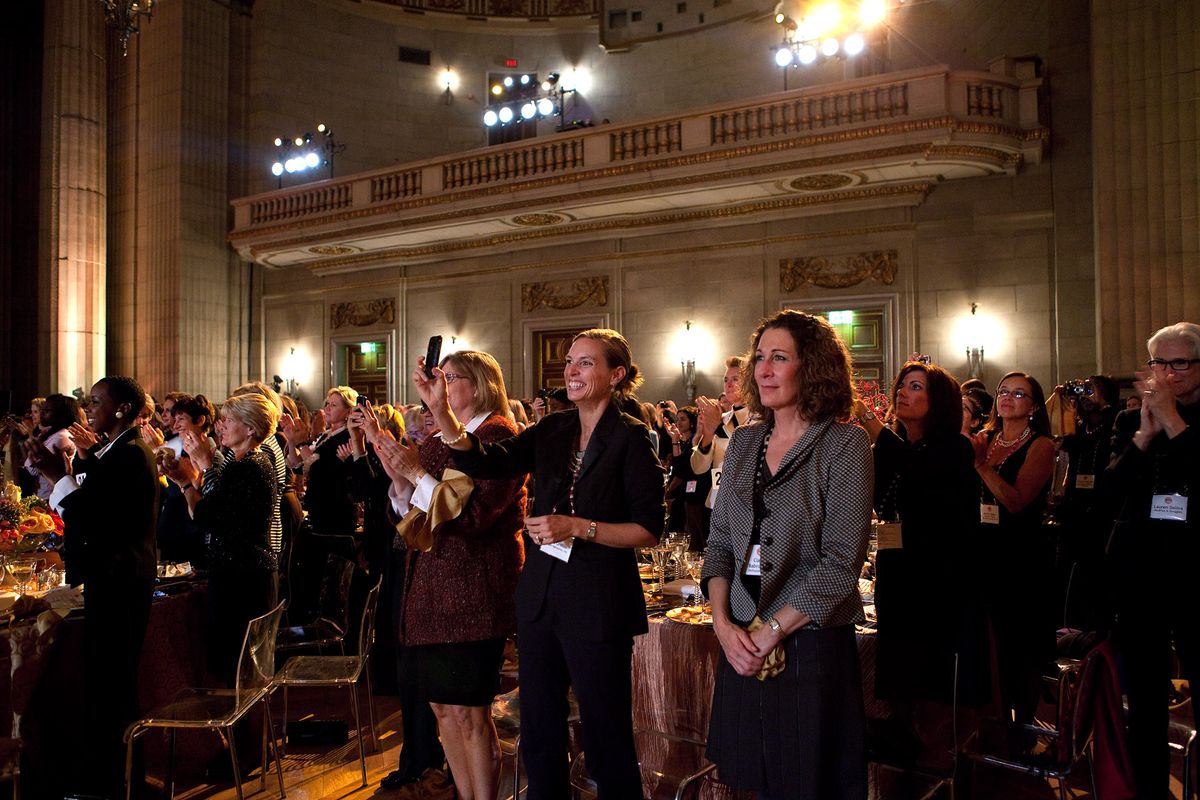 Something that I’ve learned as a relatively new voting member of society is that with the polarization of ideas that our political system creates, we force ourselves to justify our hypocritical beliefs; we will say “I believe that everyone deserves equal rights,” when we really mean “the people who agree with me deserve the rights that we agree on.” As I perused the Odyssey website for inspiration with this thought in mind, I came across one of the most simple yet profound statements on this subject:

Conservative women, pro-life women, Muslim women, pro-gun women, and anyone who does not subscribe to [the] exact [feminist] agenda are all abandoned by feminism.

For any self-proclaiming feminists out there, I think we can all concur that the women we praise when we reflect on women’s history month are more likely to be women such as Michelle Obama and Ellen DeGeneres rather than the also successful Melania Trump and Tomi Lahren. And it makes sense; we hold different opinions than them, so we are less likely to recognize them in our day-to-day life.

The problem comes, however, when we stop respecting these women for the successful leaders they are; I can’t claim to support women’s equality if I don’t support women who I disagree with. Sure, I can claim to support liberal women’s rights. But if I lose respect for successful, strong women because they choose to express an opinion that is different from my own, I am no longer a feminist, I’m just a hypocrite.

So without further ado, here are seven badass women on both sides of the aisle who are strong, successful, and deserve to be respected.

I don't think any person could make a list of influential women and exclude Malala. I could write a book on all of her successes (oh wait she's already done that), but I'll give you the short version here. The now 20-year-old activist started blogging for BBC when she was 11 and later was shot by the Taliban for her activism. At 17 years old, she became the youngest Nobel Peace Prize winner.

To summarize, she accomplished more as a woman in Pakistan under Taliban occupation by the time she was 17 than most Americans do in their entire life.

We all probably know the basic things that make Ivanka famous: her dad, her post as a Senior Advisor at the White House, her clothing line... the list goes on. However, Ivanka Trump is more than just her family legacy. She graduated from Wharton School of Business at the University of Pennsylvania, wrote two New York Times bestselling books, and has been included on Fortune magazine's "40 Under 40" list. Additionally, atop her companies sits a board of badass women like herself validifying her self-proclaimed title as an advocate for the education and empowerment of women and girls.

Melinda is another woman who is more than just the wife of a successful man. To start her career, she graduated with her bachelors in computer science and masters in economics from Duke. After becoming astronomically more wealthy than pretty much anyone in the world, she was like, "Hey, fam let's stop accumulating wealth we already have waaaaaay more than everyone else" and co-founded the Bill and Melinda Gates Foundation, a non-profit that supports worldwide health, global development, and U.S. community and education. In fact, this company is said to be one of the driving forces toward improving access to contraception for women in third-world countries.

GUYS. This lady is the first PERSON that willingly gave up the title of "billionaire" because she would rather donate her fortune to charity. She has written books, movies and now a play, but in her early life, she taught English in Portugal and at one point had to go on welfare to support her child. This extreme rags-to-riches tale really gives me hope for my future!

A woman born to Sikh immigrants, Haley became the first female governor of South Carolina, first Indian-American to hold office in the state, and second Indian-American governor in the country. She has been in the running for Vice President, and is now the US representative to the United Nations, making some of our countries most important decisions in international relations.

This woman has broken too many glass ceilings to count. She was the first African-American woman to create and produce a Top 10 network series with "Grey's Anatomy," but she didn't stop there. She has also created the well-known hits "Private Practice," "Scandal," and "How to Get Away with Murder" and the movies "Princess Diaries 2" and "Crossroads." Before her TV shows, she received her undergraduate degree from Dartmouth.

Caitlin Marie Grimes
University of South Florida
10134
Beyond The States