How To Win Clue 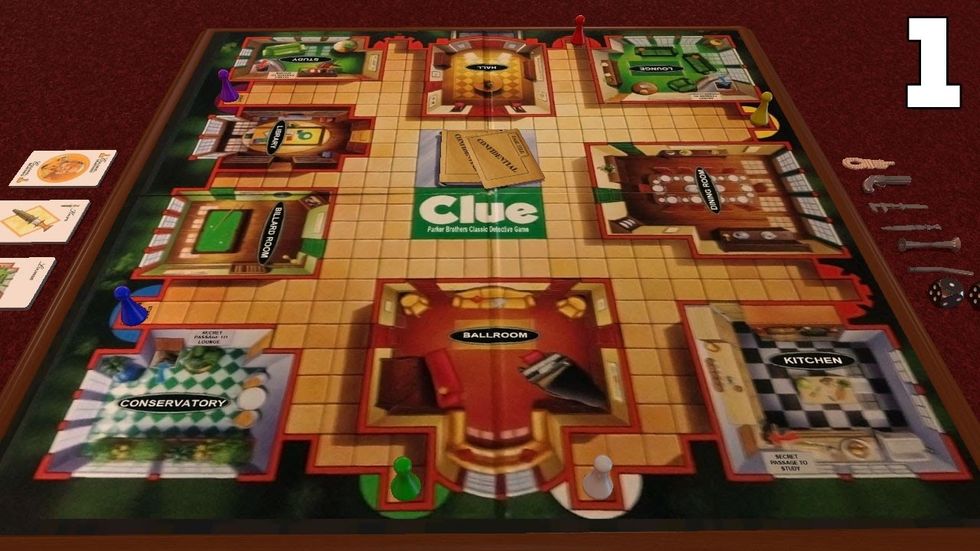 SEE MORE: 10 Classic Board Games You Need To Play This Week

First off, although I believe that this is the most efficient and effective strategy to eliminate suspects, weapons, and locations to solve the crime and win the game, it isn't guaranteed to work every time. There's a lot of observation and time involved, as well as a little chance. Most players who have experienced the nature of the board game more than once tend to form their own strategy, and many tend to do it this way - meaning that it's a race against time to solve this murder mystery.

From the moment you receive your cards onward, don't accidentally reveal any incriminating information. Even a seemingly harmless comment about a card, a person, etc., can backfire on you. The best way to play is to sit back and observe with few comments. You can start to suspect which cards may be eliminated based on others' guesses, but don't officially cross anything out until you know for yourself. This all starts with symbols on your personal tracking sheet.

Try using initials for other players' names, and use - for example - a dash to represent which player showed you a certain card (if they were able to prove your guess wrong and therefore must reveal to you their card that debunks your theory). These marks can help in two important ways: first, to make sure that you aren't guessing a card that the player to the left of you has already revealed to you in a past turn; and second, to consider when that player is making their own guesses - you can see which cards they are trying to eliminate based on the cards they already have.

This brings us to the most crucial strategy you can use throughout the game - do the same thing! Take into consideration the cards dealt to you at the start of the game and think of it as a science experiment. These cards are the constants, while the card you are trying to eliminate is the variable. So, if you are trying to figure out what the weapon is and you have both suspect and location cards, use Mrs. White and the Ballroom (which are your cards) to eliminate (or confirm) the Revolver (the variable card you're testing). Switch up these constants every other turn as not to over-use them. This will certainly get other players thinking, and they'll catch on - then eliminate the cards they know are yours! It's all about being subtle and pretending you're clueless. Or, brag about how you're so close to figuring it out, and you may get an idea of the other players' progress. Essentially, be able to read others and analyze their guesses throughout the game.

If you can, try to plan out your own guesses before your turn without losing your focus on the other players. This will save you time and confusion and your opponents won't be able to guess what you know based on your uncertainty. You'll be cool and confident with no room for doubt.

Hopefully, these sneaky little tips help guide you along on your next journey as an amateur detective!