With his lawyers calling for libel, what is Trump up against? 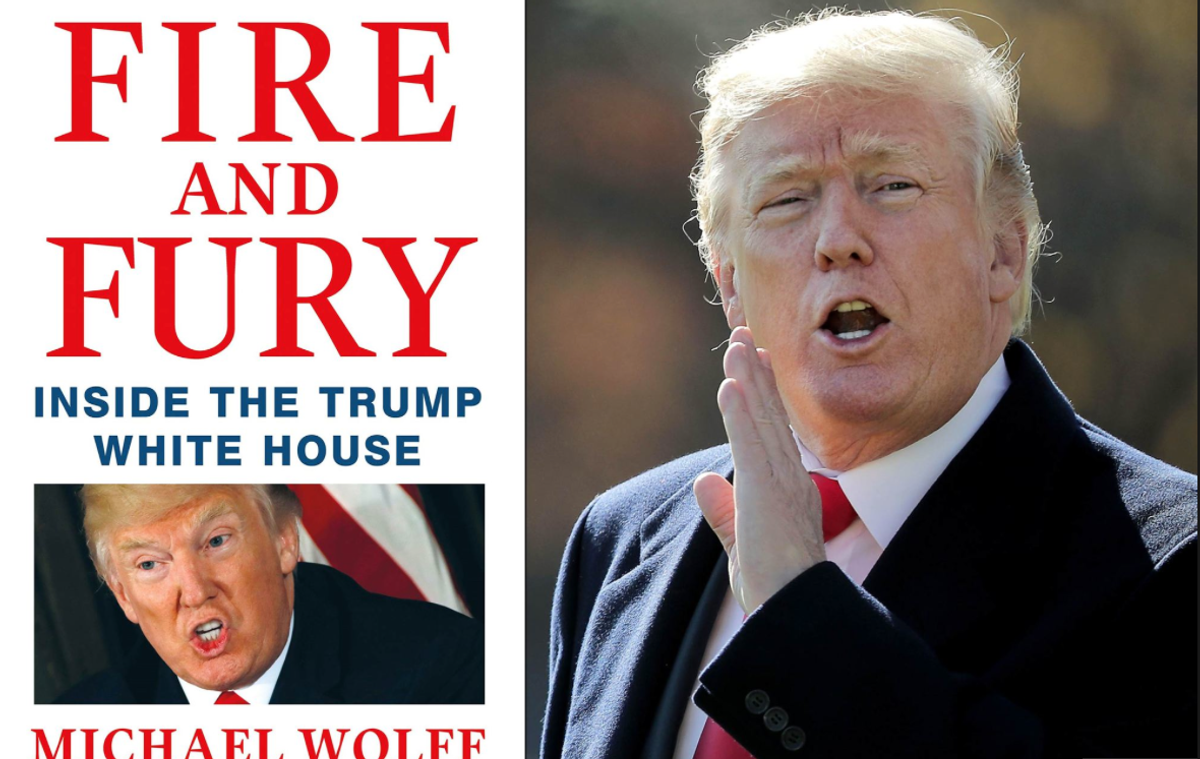 With "Fire and Fury" coming out, it seems like Trump might actually be up against something. If it delivers what it should, this book will be inflammatory at the very least.

Here's what we know about Trump right now: he's angry, he's Twitter-happy, he can't keep a story straight, and he's an allegedly treasonous president. None of this information is new. However, with the upcoming release of Michael Wolff's "Fire and Fury"(sounds like a "Game of Thrones" novel, I know), the uproar to rid the White House of Trump is starting again. Michael Wolff, winner of two National Magazine Awards (so hear him out), was given access to the White House with the objective of simply observing. After months of such monitoring, "Fire and Fury" promises a look into one of the most bitter presidencies in recent history, releasing details such as:

- The reasoning behind all the "President Obama was wiretapping!" claims

- What really happened with James Comey and his investigation

- Who's filling in for Bannon, now that Trump hates him with a passion and is referring to him as "Sloppy Steve"

- How Trump communicates with his staff and the people around him (My guess: Twitter, or he has 24/7 in-person surveillance due to fear of nuclear war)

"Fire and Fury" is already topping Bestseller lists, and it hasn't even been officially released yet. This book is legitimate enough to warrant a Twitter attack from Donald Trump ("it's a phony book!") and a cease and desist from his lawyers, calling it libel. So far, it sounds like there is incendiary information in this book. It sounds like that there could be seriously condemning or seriously treasonous. It sounds, to everyone who hates Trump, that this book is a dream come true. Maybe, for the first time in his life, Trump will face consequences.


This is your warning that such optimism is sadly unwarranted. Proceed with caution. 2016 and 2017 were years rife with political fingerprinting without actual response, and this trend is only continuing into 2018. In fact, as I write this article, Trump is demanding yet another deep probe into the Clinton Foundation. Were this not such an obvious distraction tactic that will bring no real results, it could demand actual attention.

"Fire and Fury" is but another strike on the long list of things that are already stacked against Trump. We've had sexual assault allegations, alleged talks with Russia, countless tweets that could honestly be evidence in future legal proceedings ... and it has resulted in nothing. Trump himself has control over the Cabinet and future Supreme Court appointments. Trump holds enormous sway, even with checks and balances, especially since his party has the majority in Congress. And this is the key: we, as citizens, can do absolutely nothing about the fact that Trump is President. This is something that is painful but necessary to understand.

This is not an attack on political participation. Political participation is extremely important, but constituent pressure has been incorrectly placed. Cries for Trump's impeachment are everywhere: there's even a ongoing petition. No one can scroll an inch down Facebook without seeing a passionate plea for Trump's removal. It's indisputable that the obsession with impeachment grows by the day: if only the power of liberal hate could be harnessed in some legal manner, Trump could magically be booted from the White House!

Sadly, this will never work.

Let's review: the only way for the President to be impeached is if he commits "treason, bribery, or other high crimes and misdemeanors,” and is voted out by both the House and two-thirds of the Senate. The President's lieutenants could remove him if he is "unable to discharge the powers and duties of his office".

With Trump's Republican-majority Congress and Trump's hand-picked Cabinet, there is little to no chance that Trump will ever be impeached. To petition this or to even hope that this could ever happen is a waste of energy.

So, to answer the question: No, Trump won't face consequences just because "Fire and Fury" was published. No matter what's in that book, he won't be impeached.

This is not to say that hope is lost. Slowly but surely, Democrats are winning back seats in Congress (remember Roy Moore? Trump doesn't want to, either). The only way that constituents can truly participate would be to vote — vote directly in elections that create Democratic seats. When Democrats take back the majority in Congress, it means more roadblocks to Trump's bills, which would limit Trump's effect in office. It may even create gridlock, which would be a least-harm-done approach that could last us until 2020. While this may not be as fashionable or dramatic as creating dead-end plans for impeachment, it is the only useful method of teaching Trump what the word "no" means.


When you read "Fire and Fury" (and who doesn't want to read it?), let it mean something. Get out there. Vote. And realize, for once and for all, that your whitehouse.gov petitions are useless.