Why You Need To Watch "It's Always Sunny In Philadelphia"
Odyssey

Why You Need To Watch "It's Always Sunny In Philadelphia"

It's the funniest show on television 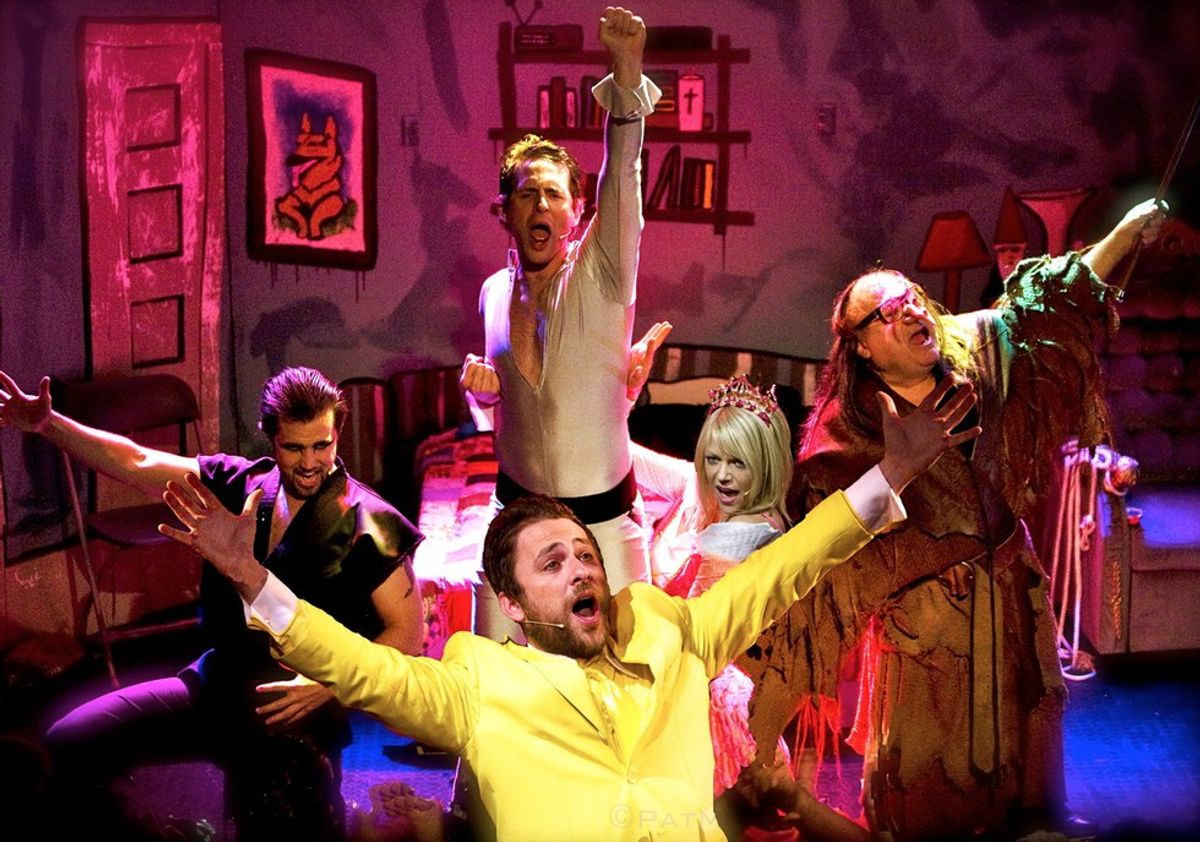 Truthfully, I had never even watched an episode of "It’s Always Sunny in Philadelphia" until about a year ago. The name was vaguely familiar to me. I knew it was a TV show currently running, and I knew that it was a comedy show. Other than that, I couldn’t have told you a single thing about it. Then one night, a friend of mine -- in fact, the funniest friend I have -- informed that this show was absolutely the funniest series he had ever watched. With my interest piqued, I proceeded to watch the first few episodes the very next day. In a week, I had trucked through the first six seasons, and, amazingly enough, each episode was as hilarious as the last. If you haven’t seen it, you absolutely must watch it. Here are a few reasons why it is simply the best comedy show I’ve ever seen.

The characters are downright terrible people.

Every single one of the gang is an absolute jerk in their own way. In fact, jerk is probably putting it lightly. Selfish, conceited, and with completely screwed up moral codes, they probably would make the worst friends imaginable. Yet, these quirks are relatable to us, even though we’d like to think we would never actually do some of the crazy antics they pull. It makes the show exciting and hilarious. Morals, if even considered, are treated as very light suggestions. In fact, each character is slightly insane in their own way.

Because the gang lacks normal ethical boundaries, the show’s plot and the character’s lines are incomparable. They broach moral, political, and social taboos without the caution of most other shows. In fact, where some may draw the line, "It’s Always Sunny in Philadelphia" crosses it -- and then for good measure, goes several miles beyond it. I mean have you seen the McPoyles? Or the baby in the dumpster? Or the Nazi uniform? Or the water stain of the Virgin Mary?

Even the side-characters are hilarious.

Where to start? Or better yet, who to start with? While the gang is funny, some of the most hilarious moments actually come from the side characters, which is pretty impressive considering how funny the main characters are. The previously mentioned incestuous, downright disturbing McPoyles never cease to pull laughs from audiences. Where would we be without the Waitress who turns down poor Charlie at every single turn? We get to see the gang continually ruin the life of former high school peer Rickety Cricket. Even Gayle the Snail holds a special place in our hearts.

They don’t have perfect love lives.

Literally, everyone who isn’t a member of the gang never wants to see them again (aside from Artemis). Their love lives suck. And it is hilarious. For just a little insight into some of their escapades: Mac hooked up with a tranny and tried to seduce a former gym teacher because he couldn’t believe the guy would rather molest Charlie over him; Dee dated a gay guy, a high schooler, and then a rapper she accused of being gay; Charlie’s unrequited love for the waitress; Dennis’s crazy cat and sweater loving ex-wife; and Frank’s disturbing food fetish thing with Artemis.

My favorite character in this show, and one of my favorite characters of all time in any show. Charlie is comedic gold. First off, he is basically illiterate, a fact that leads to endless jokes and screw-ups on his part. He really just isn’t the sharpest tool in the shed. His determination in pursuing the waitress despite her obvious dislike for him is somehow incredibly endearing. And when he does try and branch out in the dating scene, he either ends up calling himself a “full on rapist” and ordering milksteak with a side of raw jellybeans, or vomits blood on the woman. Then, of course, there is his musical, “The Nightman Cometh,” which is as disturbing as it was gut-wrenchingly hilarious. Everything he does is just so dang funny. He eats cat food, huffs glue, calls himself the “Wild Card,” sleeps with another man on a pullout couch in his cockroach-infested apartment, and dislikes people’s knees.