Why We Need More Shows Like Netflix's 'Flaked'
Odyssey 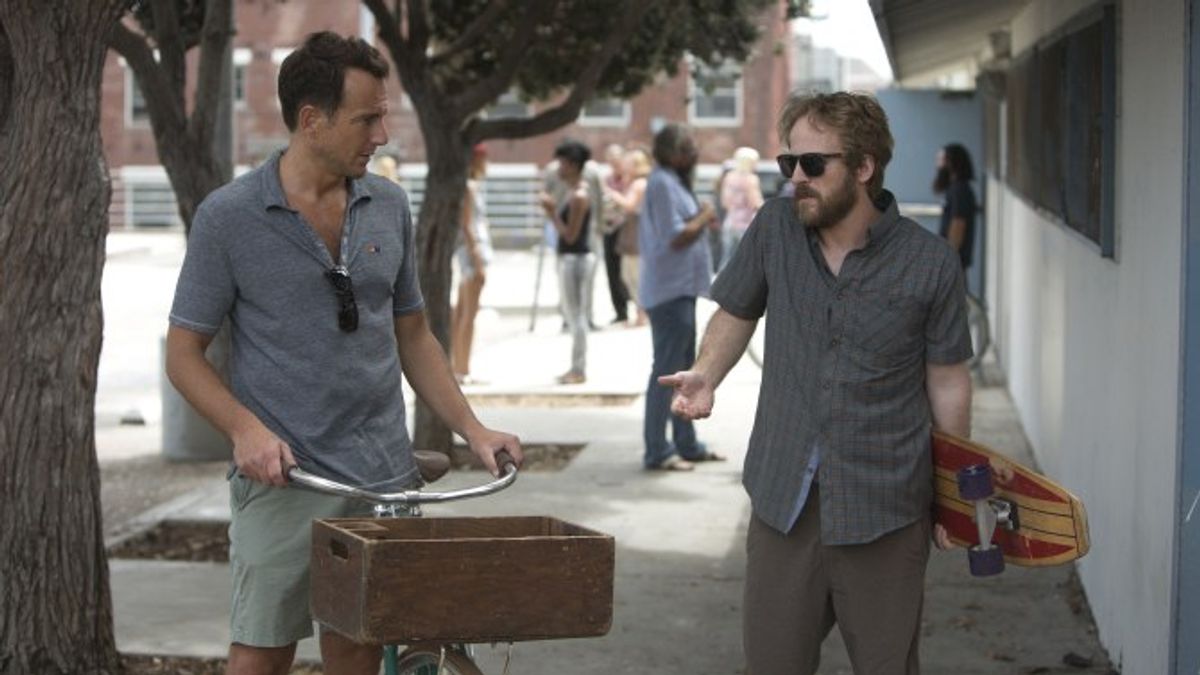 Chip loves his friends, his support group and his city. But there is nothing Chip loves more than himself.

This was something along the lines of what I first read when I signed onto Netflix last week. It was the premiere of Will Arnett's newest "dramedy" on Netflix, "Flaked." I needed a good laugh, and he has always made me laugh, but boy, was I wrong.

"Flaked" is the newest series on Netflix followed by nothing but negative reviews and a mix between excitement and curiosity for the next season. It is definitely not your average Netflix show–it doesn't have any of the magic typically associated with a Netflix series. Honestly, for most people, there really is no urge to binge through episodes. I would honestly be surprised if anyone watched anything beyond the pilot.

But I loved it. And let me tell you why.

There is a sense of realness when it comes to shows like "Flaked."

Will Arnett stars as a recovering alcoholic named Chip, who lives with his best friend at his mom's old house. He owns a store that’s struggling to stay in business, gives advice to friends and neighbors in his neighborhood and serves as an inspiration for other alcoholics who have gotten clean. The only thing is, Chip is not actually clean metaphorically, and probably physically as well. Playing a decayed, self-loathing hedonist slacking through a mid-life crisis in evocative Los Angeles locations, Arnett is amazing at making preening narcissism look melancholy. You actually feel really bad for the guy. "Flaked" half-heartedly frames Chip’s behavior as comic while believing it is fundamentally tragic. The show creates situations that are meant to be amusing but stomps all over them with a subtext that insinuates Chip is a tortured soul, not a dysfunctional comedic personality.

The show is basically about Chip, Dennis and Cooler all falling for the new waitress in town, London. Calling dibs, hanging around by the restaurant and the “Are you sure you don’t like her?” “Yes, of course I don’t like her! Unless you don’t, in which case … maybe?” conversations. And then there's the fact that Chip has a girlfriend (kind of). And then we find out London actually has a fiancé. Of course, there are parts of the show that don't seem real at all. His ex-wife, Tilly, is a big celebrity actress with an even bigger mansion. But then there's the fact that Tilly's father is the owner of Chip's store and hasn't been charging him for rent, either.

The one thing I admire about "Flaked" is that it's a lot of real-life problems. I believe it's the reason a lot of people don't like it. We watch TV and film to be entertained–to get a sense of hope. But you don't binge-watch a show like this and feel the same way after. It literally feels like watching real life. Some people say, "My friends and I should have a reality show because we're so interesting." Well, this is what people who don't say that are probably going through and that's why they don't say that. It's a lot of things we know are happening out there right now, but don't like to think about. We need more shows like this to make us feel like we're not the only ones going through a hard time. It also slaps you in the face with the truth.

In the end, we realize Chip was never really clean. He had been drinking for 18 months. 18 months of lying and faking to his admirers. He really was an inspiration to the people of Venice. But we also realize he was lying about more than that. Tilly confesses to Dennis that she was the one who actually killed London's brother, and Chip took the fall for her so she could be the big celebrity she was. While it both worked in their favors–obviously for Tilly more than Chip–Dennis gave Chip a chance to come clean about everything, and he still didn't. It's in that moment you realize that sometimes sh*tty people will get away with things. Good things happen to bad people and bad things happen to good people. It's just the way it is.

The show definitely breaks the ongoing, cool man-child stereotype. Being in your late 40s, sleeping around and not taking life seriously just isn't cool anymore.

Another lesson learned was when Kara had every right to be mad at Chip for his behavior, for his ability to break every single commitment and all of his effortless excuses. When London asked her if Chip was a good guy or not, she said, "We can't blame people for our unhappiness." And it's lines like that we need to hear. We don't want to, but we have to. You can watch another show or film that'll empower you to feel like you're not the problem, but watching "Flaked" made me realize: what if I am?