Why We Don't Date Anymore: A Man's Perspective
Odyssey

Why We Don't Date Anymore: A Man's Perspective 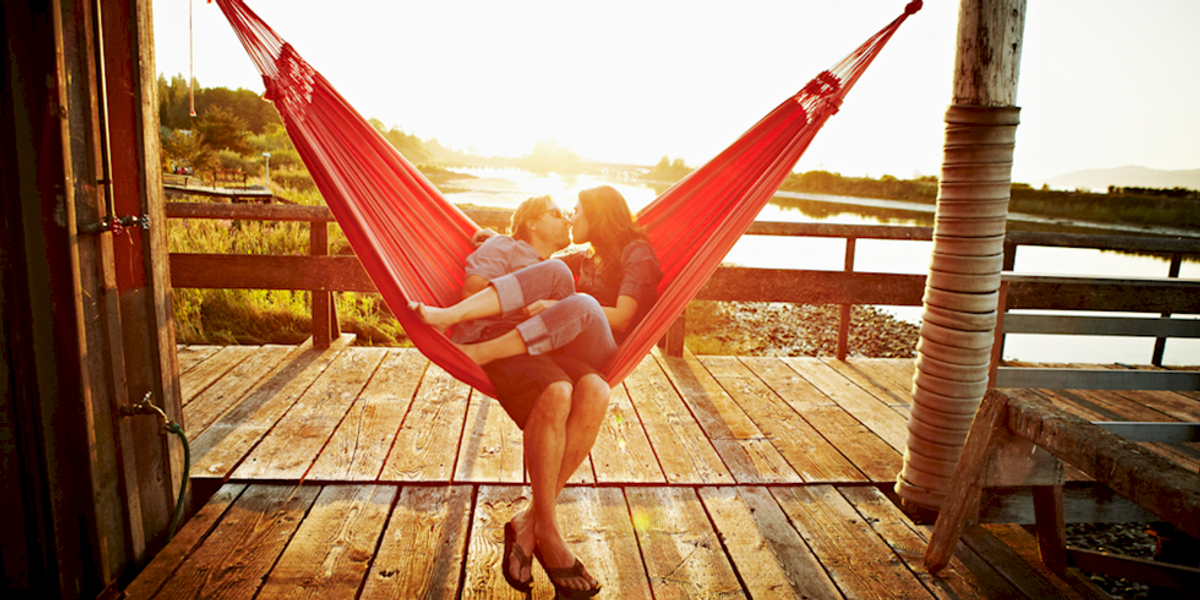 I recently read the article posted last month entitled, “Why We Need To Start Dating Again”. The point of the article was that guys used to ask girls out on real dates, rather than just asking them if they want to hangout and watch Netflix. I’ve been hearing sentiments like this more and more often, but I only hear it from girls, never from guys. As a man who has a wealth of experience with the opposite sex, I’d like to share my thoughts on why the “dating” scene is the way it is these days.

It’s pretty obvious that dating is quite different for women and men. For women, dating means that they have the opportunity to be made to feel special. It’s a chance for some easy fun without having to, in my experience, spend any money or do any work. The only thing that women need to do in this scenario is say one word: “yes.”

For men, dating isn’t such a carefree experience because we have to do ALL of the work. First off, asking a girl out on an actual date can be stressful because of the possibility of rejection. I mean, asking somebody on a date is serious business. You’re making your intentions extremely clear, and that can put you in a really vulnerable position. The possibility of rejection only increases if the girl you’re asking has no idea that you’re interested in her. Plus, you always want to find the perfect moment to ask her on a date, but those can be hard to come by if there’s no opportunity for one-on-one time. This means that, even if we want to ask her out, a good chance may never present itself.

Let’s say we made it this far: the girl we asked said yes. Next, men have to plan out the perfect sequence of events and activities so that the lady has a great time. Planning can be extremely stressful because we want this date to be successful so badly. Personally, I hate planning, and thus, I’m terrible at it, which makes me even more stressed out. Lord knows girls aren’t much help either. I ask what type of food she’d like to eat, or what activities she enjoys doing, and the response is always, “Anything is fine with me”. Thanks, I appreciate the help.

Some might think that if a man asks a woman out, he should have a plan for what they will do. But is it so wrong for me to ask for a girl's opinion while planning an evening that I want to make sure she enjoys? I don’t think so.

After asking and planning this special event, the guy has to pay for the whole thing! I know some ladies don’t mind going dutch or finding someway to split costs (which is great), but how many would offer to do so on the first date? I’ve gone dutch or even let the girl pay, but that’s only ever happened once we’ve gone on a decent number of dates or we’re already in an exclusive relationship. I wouldn’t let her pay for the first date even if she did offer, because I wouldn’t want her to think I’m cheap, or that I asked her out on a date I couldn’t afford. But an offer to pay would be nice. At the end of the day, if I really do like her and we vibe well, I don’t mind paying.

We need to be realistic with ourselves. The way guys and girls interact and display their attraction to one another has changed. Dating has evolved. I don’t think there’s anything wrong with sliding in the DM’s, or letting somebody know you’re interested in them through a few Instagram likes. I think it’s dope when girls show me love that way, and I really appreciate it. More often than not, ladies, the method will reveal the intentions. If I buy you some flowers, write a heartfelt letter telling you how I feel, and ask you on a date, I’m probably serious about you. If I’m not putting in more effort than asking you to come hang out and watch Netflix, I probably just want to have some fun.

Personally, I have no desire to ask every girl I find physically attractive out on a real date because of all the hassles I’ve already mentioned, and even if I did, I couldn’t afford it. I’m a college student, which means I’m broke. I’m also an athlete, which means I’m even more broke than the average college student, because football is a full-time commitment. Plus, I’m living out here in Silicon Valley, which is one of the most expensive places in the world.

I don’t have money to waste on a girl I’m not even sure I like yet, because there’s a slight chance she won’t be worth that sort of investment. I may be physically attracted to a girl, but if I already know that she’s not somebody I’d want to be in a real relationship with, why waste my money and time? Those are the girls who get the Netflix invite. Those are the girls who I ask to just come over and hangout. Just because we start off watching Netflix doesn’t mean it can’t grow into something more though. What’s wrong with working up to going on a date with each other?

I’m only asking a girl out on a real date if I think there’s some actual relationship potential – if I like her beyond her looks. A girl with a great personality is worth all the trouble that asking, planning, and paying for a date involves. I want to vibe with you, or at least think I could vibe with you, on a deeper level, if I’m going to ask you on a real date. The fact that going on real dates is so rare these days should make the girl I do take out feel extra special. It’s an exclusive thing, and once I truly like a girl, I have no problem taking her out on all sorts of dates and doing all kinds of grand romantic gestures for her. Most of the fellas I know feel the same way.

Historically, dating has been used as a method of finding companionship and, let’s be honest, a way to have sex. Over the years, people have found other, easier ways to achieve the same goals, and conventional dating has become unnecessary. Clearly, the “hangout and watch Netflix” method is working for guys, or else it wouldn’t be such a common occurrence. I know women might not view this as their ideal interaction with a man, but some interaction is better than no interaction, right? I guess that’s up to each individual lady to decide, but keep in mind that the bar for what is acceptable dating practice only goes as low as women allow it to go. If, starting today, no girl accepted an invite to just hangout and chill, the guys might step their game up.

I think millennials view dating as something more serious than the generations before us saw it. That’s why we’ve created extra labels like “talking” that keep things casual. We’ll do just about anything to avoid real commitment, because we can’t stand vulnerability. We can do better in so many ways, and I plan to delve deeper into our fear of commitment and vulnerability in my next article.

I can’t say that every college-age man feels the way that I do, but most probably feel similarly. I’m just here to spread truth and let you know how men think. There is another solution, though: If ladies hate not going on real dates so much, why not start asking us men out on dates?

P.S. Here’s a hot new single that talks about the same thing as this article: