The fight against Alzheimer's needs all hands on deck 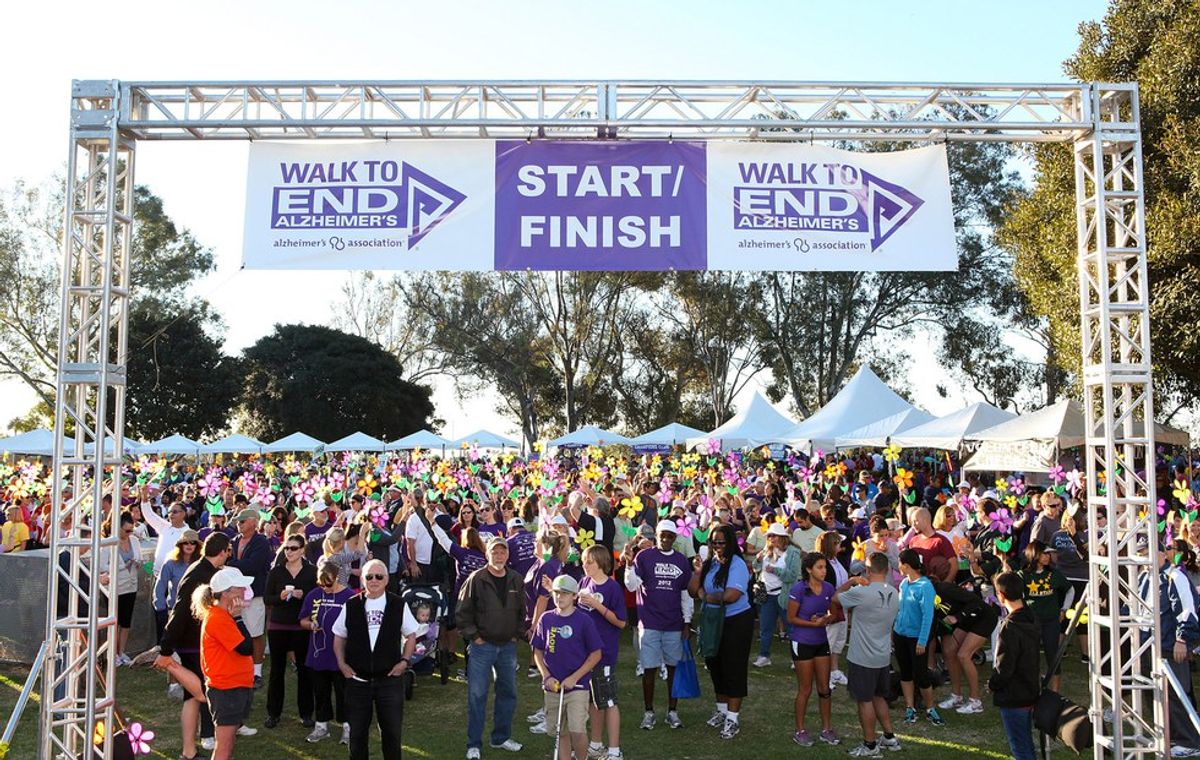 Every fall I wake up early on a weekend when any sane person would rather sleep in, and go walk a mile, often in the most unfavorable of weather conditions. I do it out of love, and out of hope for the future.

The Walk to End Alzheimer' holds a special place in my heart. Alzheimer's is a terrible, debilitating disease that has stolen loved ones from many people. As of now, there is no cure, no treatment, and only a few experimental treatments to slow its progression. Everyone who walks wants to find a cure, whether they have lost a loved one, they have suffered themselves, or they have merely seen the effect on others and wish to put an end to it.

I fall into the first category.

I walk for my grandpa, whom I never really got to know. He didn't die before I was born, or before I could remember. He did, however, start to get sick while I was much too young, when he was much too young. I only got to know parts of the man he really was. I've heard so many stories, nicknames, jokes, but I didn't get to witness them for myself.

I walk for him. Not only to honor his memory but also to end the pain of the families who are already suffering and to keep future generations from having to deal with this terrible disease.

I walk out of hope for the future. I hope that enough money goes into research that they can come up with a cure that works for everyone. I hope that someone will have the intelligence and the drive to be able to devise a cure. I hope that children won't have to ask their dad why Grandma doesn't recognize them, again. I hope that families get to make memories, rather than fight to keep them. I hope that when it's my time to go, that I will be able to keep my mind and dignity until the bitter end.

I walk because someone has to. I brave the cold, or the rain, or snow, because it's the least I can do. Walking, fundraising, making a donation, those are small things on my own, but I know that together, we can really do it.

That's why I walk, and why I hope you will too.