Why The Word “Feminist” Isn’t A Bad Word
Odyssey

Why The Word “Feminist” Isn’t A Bad Word

Fem – i – nism: The advocacy of women's rights on the grounds of political, social and economic equality. 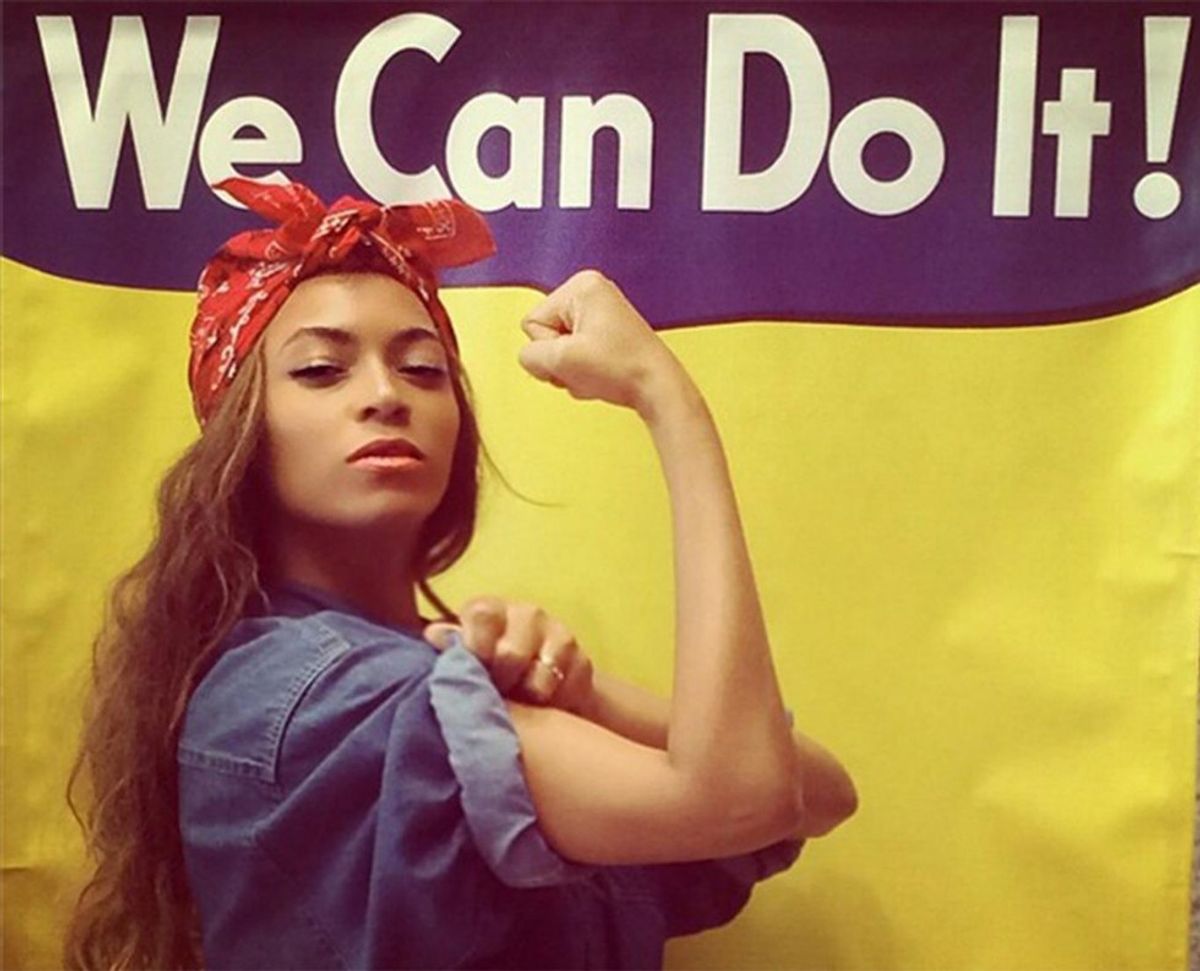 Imagine you’re at the ice cream shop and the guy in front of you orders a scoop of chocolate ice cream. They hand him the scoop and he proceeds to pay. You order the same exact thing, and they only give you about three-fourths of a scoop and send you on your way to the cashier. You can either a) shrug it off and pay for your 79 percent of a scoop or you can b) fight for the other 21 percent. You must be pretty confused right now. Didn’t you think you deserved just as much as that dude with chocolate ice cream? Guess what? This happens in real life every single day. Except in reality, chocolate ice cream is your job and the scoop is the amount of money you’re being paid to do that job. Seems pretty simple, right?

I don’t like labels. You cannot categorize me as a Democrat or Republican. I wouldn’t consider myself as a genius but I know I’m far from stupid. And my dating life has been a continuous trek through “single” and “dating” and “what is this.” Being a feminist is so cut and dry. Do you believe in equality between men and women in every sphere of life? Yes? Then you’re a feminist. No? Then you’re not a feminist, and you’re also a horribly unfair, misogynistic person. Guess which one I chose to be? I really hope you just said feminist.

Although the definition of feminism is pretty broad, it is not about pent up aggression against the world, man-hating and dying your armpit hair (not all feminists dye their arm pit hair). According to Ginger Spice of the Spice Girls, “feminism is bra-burning lesbianism. It’s very unglamorous.” I don’t think that’s what it means either. And it’s definitely not a group of bitchy girls crying about how they wish they made as much money as a man. Lucky for me, I work for a corporate company that starts everyone off with the same base pay. Equal pay is only one of the many agendas in the feminist movement. In my opinion, feminism is made up of a bunch of mini-agendas and I’ve prepared a few examples for you.

I am against school systems that limit the outfits of their female student population, and embarrass and harass those shamed girls for wearing tank tops, bra straps and leggings. In most cases her shorts are not too short, her shirt is not too low and her leggings are too tight. You are just setting unrealistic standards and teaching boys that it’s OK to blame women for their clothes. We are not Barbie dolls. We are not objects. We are not breasts and thighs and chunks of meat that you’d find at Bojangles.

I am for Planned Parenthood because, as a woman, I believe I have the right to determine what to do with my body. Women are not a heard of pigs in a pen waiting to be slaughtered. We have a say in our body and our life. Why are you trying to restrain that? In a 1992 interview with Pearl Jam's front man Eddie Vedder was quoted saying, “If it were a man’s body and it was his destiny we were deciding, there would be no issue. Not in today’s male dominated society.”

I am against sexual assault and domestic violence. Does this even need explaining? I seriously applaud Joe Biden for his It’s On Us campaign. Since 1994, Biden has been using his political career as a channel to change our culture’s perceptions of sexual violence. Most recently, he gave a very moving speech at the United State of Women Summit.

I am for self-love and acceptance. The over-sexualization of women in the media has led to a desensitized society full of Photoshop, eating disorders and “the skinny arm.” On a semi-related note, it’s really degrading the way women treat other women when they should be supporting each other.

Even the Dalai Lama has been quoted saying, “I call myself a feminist. Isn’t that what you call someone who fights for women’s rights?” Women deserve the right to equal pay and healthcare, clothe themselves as they please, do what they want with their bodies, sleep with whom they want, say no and many other things. Like what Beyoncé said, “I don’t understand the negative connotation of the word or why it should exclude the opposite sex.” She continued in her interview to say, “If you believe in equal rights, the same way society allows a man to express his darkness, to express his pain, to express his sexuality, to express his opinion — I feel that women have the same rights.”

While the thought of feminism is marinating in your brain, I’ll be over here sipping on lemonade and celebrating the best gift given to the world: women.