Why Do Sports Fans Care So Much About Their Team?
Odyssey

Why Do Sports Fans Care So Much About Their Team?

It seems like such a silly question, but is actually quite logical. 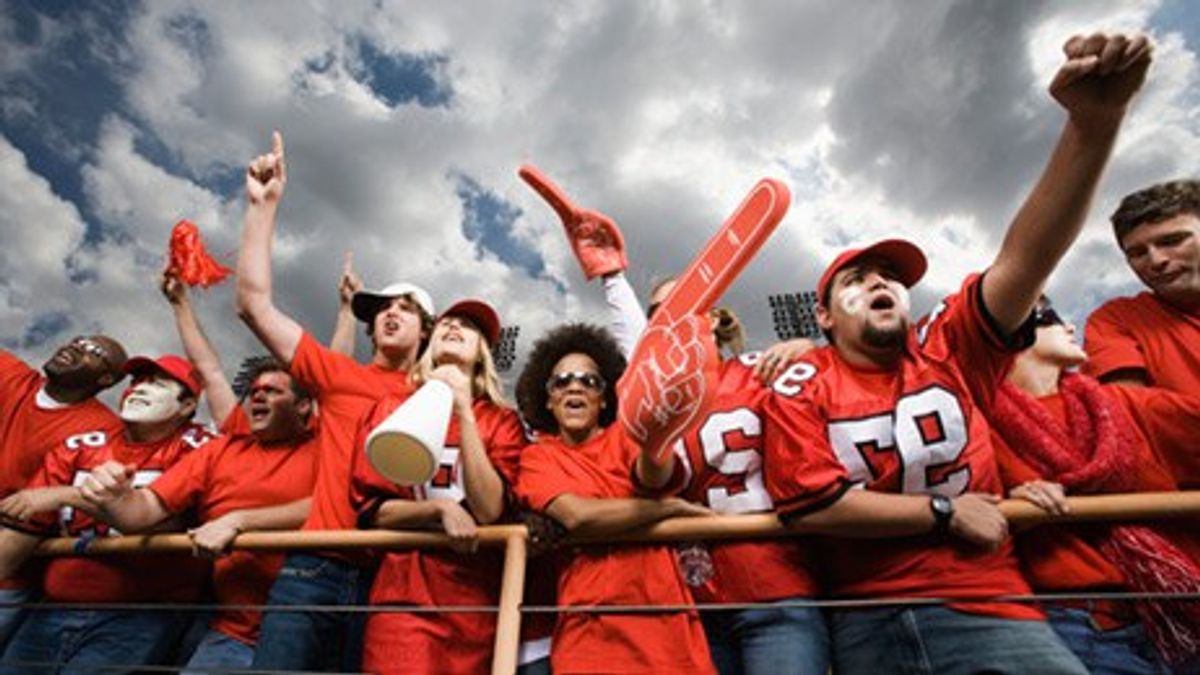 Sports are a year round trend where you root for different teams in different sports. Those who aren't very into sports find it hard to understand how fans get so invested in their teams, and to be honest, I can see where they're coming from.

I'm a huge sports fan. I've been a Green Bay Packers fan for as long as I can remember, a Boston Red Sox fan since the Pokey Reese days, Chicago Bulls and Blackhawks because I'm from Chicago, and recently became a Chelsea fan because of FIFA and Didier Drogba, a former striker for the team.

Whenever I get frustrated over a play in a game or a loss, I'm asked, "Why does it matter? Why do you care?"

Here's your answer. I've been through so much as a fan at just 19 years old. You go through the highs and lows as a fan. You root for your teams every single game, no matter how good or bad they are. They could be title contenders, they could be tanking for a #1 overall draft pick. It doesn't matter. We root for them because we want to be the best. We want to be on top. There is no better feeling than seeing your team win the World Series, the Super Bowl, the Stanley Cup, or the NBA Championship.

That triumphant moment where your team is the best of the best, world champions, is why you constantly find yourself rooting for them. There are fans who have never experienced this kind of feeling. Cubs fans have been waiting over 100 years to be the best team in baseball. You'd think of all fans they might be the ones to just completely give up. Wrong. They aren't giving up because they know. They know that when they win it is going to be one of the most memorable moments of their lives. They're living for that one moment. They're tuning in to every game just to see if they will witness and be a part of history.

The bonds we form with players also play a key role in the passion for professional sports teams. Even though they have no clue we even exist, we form an imaginary relationship with the players who consistently produce and help our teams win. We tend to call them by their first name because that's how close we think we are with them. Occasionally we'll yell at them, but once they do enough to benefit the team we are okay with them slipping up once in awhile.

We love our players because they love the team and the supporters as well. That draws fans even closer to the team and makes them even more attached. You want to see the guys that you're "close to" win a championship, and seeing them get upset or lose is just another thing that gets you irritated as a fan.

Unfortunately, teams and players tend to give fans a lot of false hope, but it doesn't matter. One championship is worth many years of heartbreak, and that's why sports fans care so much about their team.