Why People Should Stop Saying That Celebrities Can't Have Political Opinions 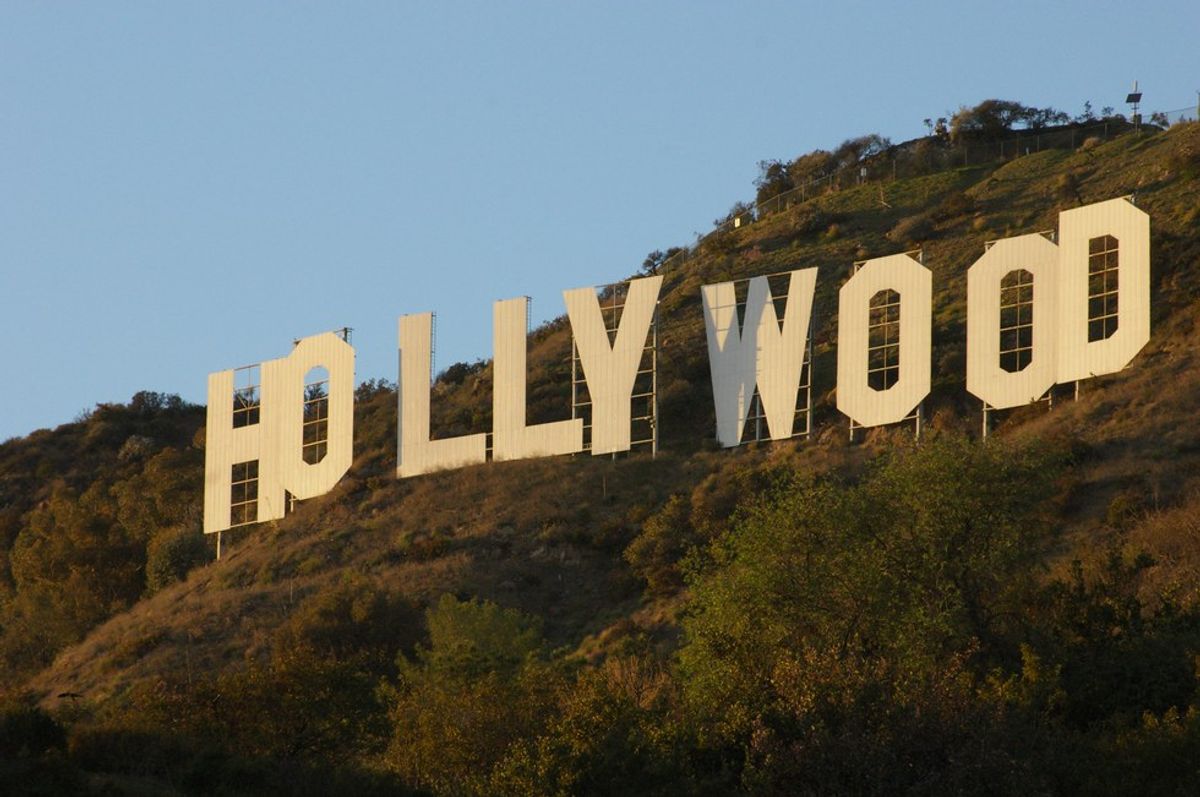 On Sunday, January 8, 2017, the 74th Annual Golden Globes commenced with all of the usual glitz and pageantry to celebrate the actors and actresses that represented the best in film and television in 2016, and just as in years prior the event promised to be replete with memorable moments and emotional wins. Tracee Ellis Ross won her first Golden Globe for Best Actress in Comedy becoming the first black woman in 30 years to win the award. Viola Davis, after five previous nominations and no wins, finally took home the Best Performance by an Actress in a Supporting Role in any Motion Picture for her role in Fences, calling out to the memory of her father and how his story would live on through her work. The most memorable moment, however, came when Meryl Streep accepted the Cecil B. DeMille Award and used her speech to speak out against President-Elect Trump and his upcoming administration, calling for those in the press and in Hollywood to remain vigilant against hatred and reminding all who were listening of their responsibility to not only safeguard the truth, but to use their privilege to act out of empathy towards those who did not have the same privilege to fight for themselves.

While Streep’s speech appeared inspirational to many, for others it was simply further evidence that there is truly a disconnect between Hollywood and the rest of the world. Kellyanne Conway, the President-Elect’s aide, called out Streep for “misusing her platform” while Tomi Lahren, a conservative host for The Blaze, called out the “Hollywood elite” for claiming to care about the common man all while throwing lavish award shows filled with expensive jewelry and outfits. Even the President-Elect himself got involved in the outcry as he tweeted about being “attacked” by the “overrated actress” who was just a “Hillary Flunky who lost big”. Many called for Hollywood celebrities to shut up and sit down, as there was no way they could truly understand the plight of the common man.

But is it truly inappropriate for celebrities to use their platform speak out on political issues?

While many have said that celebrities do not understand the struggles of the common man, what many seem to forget is that unless one is a Hilton, Kardashian or a Barrymore, many who find themselves holding “celebrity status” came from humble beginnings. Viola Davis, who has spoken out against race issues in Hollywood, was born on a farm in South Carolina and raised in Rhode Island by a father who was a horse groomer and a mother who was a maid and factory worker. George Takei, who has spoken out on hatred directed at the Muslim community and the LGBT community as well as openly spoken out against a Donald Trump presidency, was born in California to a Japanese immigrant family that spent time in Japanese internment camps during World War II. Diane Guerrero, an outspoken advocate for immigration rights and a celebrity against Donald Trump’s presidency, was born in Boston and lived on her own from the age of 14 due to her family being deported. To assume that because one has made money in their life that they have always lived a life of luxury, or to say that they cannot have an opinion because they now make money, is not only ridiculous and a bit classist, but also un-American. The First Amendment does not specify how much money one can or cannot make before they are allowed to speak out about political issues. Even right wing celebrities have the right to speak out on issues that they feel passionate about. Kelsey Grammer, Jon Voight, and Vince Vaughn have used their celebrity platform to speak out for Republican candidates and right leaning causes, which is their right as American citizens. One does not lose their American citizenship when they become famous. While celebrities may not live the same lives as everyday Americans, the Constitution still applies to them.

And if one wants to make the argument that celebrities and those with money should not be allowed to speak on political issues like Kellyanne Conway and Tomi Lahren did, then one should be against a Donald Trump Presidency, not just against Meryl Streep’s speech. Donald Trump, while responsible for building certain aspects of his own empire, was able to build his name due to his family’s money and connections. By his own admission, his family gave him a $1 million dollar loan to start off with, a perk the common man does not tend to come by. While Tomi Lahren says that Meryl Streep could not possibly connect to the common man due to her lavish dresses and attendance of Hollywood parties, Streep did not come from money. Donald Trump did. By her own logic, wouldn’t it be impossible for him to empathize with the rest of America? Kellyanne Conway says that Meryl Streep misused her platform by speaking out against the President Elect as a celebrity, but is this not how the President Elect used his celebrity status? He was not a politician who rose through the ranks and became known for his political platform, he was a business mogul and a celebrity who used his status to reach out to those who were also disgruntled by what was happening in Washington under the Obama administration. If Donald Trump has the ability to both “empathize” with the common man even though he was born into money and speaks out about politics using his platform, we must give Meryl Streep the same courtesy. If one still stands with Donald Trump but is against Meryl Streep doing the same thing, it has nothing to do with believing celebrities can’t connect to the real world, it has to do with silencing an opposing thought.

And attempting to silence someone because they disagree with you is not very American.

And if you still feel that a celebrity shouldn't use their platform to speak out against certain issues, I must ask as Trevor Noah asked Tomi Lahren, what is a reasonable way for one to speak out about issues that they feel are important? If a peaceful speech, a music video, a film or an interview do not suit what one believes to be appropriate ways for those with a following to reach others, how does a celebrity speak out?

If one cannot suggest a reasonable alternative for a celebrity to publicly use one's First Amendment right, one may simply want to silence those they disagree with.

Just as you have the right to say you disagree with a message, a celebrity has that right too.

So let’s stop saying that celebrities shouldn’t be allowed to get political and start having meaningful conversations so that free thinking can be encouraged instead of silenced.

Just use your platforms responsibly, please.