Why I'm Not A Libertarian
Odyssey

Why I'm Not A Libertarian

The Limits of Limited Government 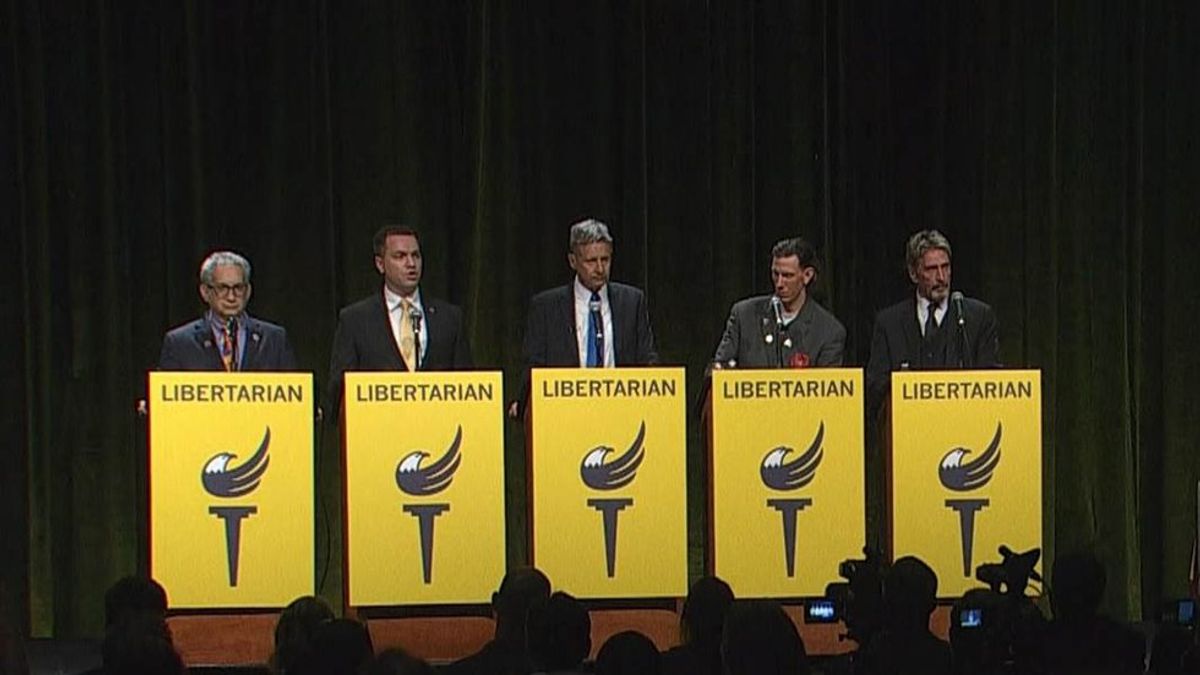 A couple of weeks ago, I tuned into the Libertarian Party Convention. The convention consisted of a final debate between the five candidates before the party chose its nominee. The libertarian party has been given much more attention than previous years. This is because, for many (including myself) who are disappointed in the current traditional party candidates, the libertarian party appealed as a viable alternative for the future president of the United States.

As I've been developing my own political views, I've found that I have a lot in common with libertarians. I'm a strong supporter of the first and second amendments, grow increasingly concerned over the expanding use of executive power in the last few years, and while I support the idea of basic welfare programs as a safety net for the poor, I'm skeptical of the democratic socialism proposed by Bernie Sanders. This is probably an argument to be made for another article, but I just don't know how well it works.

After watching the debate, however, I'm not sure I'm completely convinced by the gospel of libertarianism either.

Why is this, you ask? Despite some of their novel economic plans (balanced budget amendments), important critiques on the limits of government power, and advocacy of homeschooling (homeschoolers unite!), I ultimately find libertarianism as a political philosophy too simplistic to be put into practice.

Take the taxation views of candidate Darryl Perry, for instance, the self-described "most libertarian" of the five candidates. Perry (like the other four candidates) considers all taxation theft, and stated that government had no legitimate role in society. Instead of taxation, he proposed a system of completely voluntary donations; citizens would only give money to the programs that they use or wanted to give money to.

Economic issues certainly aren't my strong suit, so forgive me for wandering into territory that I know very little about, but Perry's idea seems incredibly problematic, taking a naive view of human nature that only the most rosy-eyed socialist would consider. While voluntary taxation may work in some areas (advocates for school choice and a voucher program certainly have my attention), I think having this strategy used for everything is unrealistic. Could we really support a military or infrastructure, things that are absolutely essential to the survival of a state, completely on voluntary donations?

The candidate's foreign policy views also sat uncomfortably with me. While I certainly don't support the neo-conservative position that we can just build democracies anywhere, the radical isolationism of libertarians doesn't seem to work for me either. Concerning the Iran deal, Perry stated that Iran wasn't trying to build nuclear weapons. Apparently he hasn't been paying attention to the Iranian government for the past thirty-five years. And while I also agree that we are probably spending too much money on foreign aid and that are troops are deployed in too many countries, wouldn't it be disastrous to just pull them all out at once? Western Europe has been relying on our military aid for decades. What would happen if we just cut them off now?

I was also disappointed in the misty-eyed idealism of these candidates. Unlike Senators Ron and Rand Paul, who always base their libertarianism in a principled reading of the constitution, these candidates seemed to base their ideas on a type of idealized anarcho-capitalist society. In a way, it's the same problems I have with democratic socialism, only in reverse. Instead of an inordinate faith in the power of big government, libertarians have an inordinate faith in things just working out for themselves, without any regulation or outside force to intervene when things go wrong.

I could go on with my problems with the libertarian debate. From the idea that no one who has committed non-violent crimes should go to jail (even for fraud?), or for Austin Petersen calling for a revolt if Donald Trump becomes the Republican nominee (really, in the middle of a national debate?), I grew more and more disappointed with a political philosophy that I had up until recently thought was a viable alternative to the two other philosophies that dominated the US.

Unlike the libertarian candidates, I think government has a legitimate role in society. Like it or not, we need government in certain areas of our lives, and to say this is in no way supporting tyranny or oppression. The founding fathers knew this, which is why they had the constitutional conventions in the first place. Under the existing articles of confederation, the central government was so weak, that it couldn't even properly collect taxes. As well as protecting the people from government oppression, the political thought of the founding fathers was also meant to curtail a democracy gone wild. The founding fathers who would later come to be known as federalists supported a type of representation that didn't necessarily always reflect the direct will of the people. In fact, the original purpose of the Senate was to "cool public passions", a place to modify the public's ideas to protect the country from mob rule. Of course, the founders feared the expansion of the federal government, and would most likely would be appalled at the power it wields today, but based on my reading of the Federalist papers, their solution to this would be to revert more power back to state and local governments, rather than to simply privatize everything.

At the end of the day, Gary Johnson was declared the nominee. I think this was the best choice. Even when I didn't agree with him, governor Johnson consistently showed careful thinking on issues, reflecting his long years in political service. Unlike the other candidates, who have never been in office, Johnson understood that adherence to strict libertarian principles was unrealistic, and knew how to balance his principles with pragmatic decision-making. If I wasn't already voting for the greatest presidential candidate of all time, he certainly would have had my vote.

Despite the many problems I see with libertarianism, I certainly see its strengths. Indeed, it would be a good idea for either Clinton or Trump to consider putting libertarians in their cabinets, in order to curtail the growing power of the federal government.