Why I No Longer Watch The Vlogbrothers
Odyssey

Why I No Longer Watch The Vlogbrothers

Calling for my people’s death is never a joke. 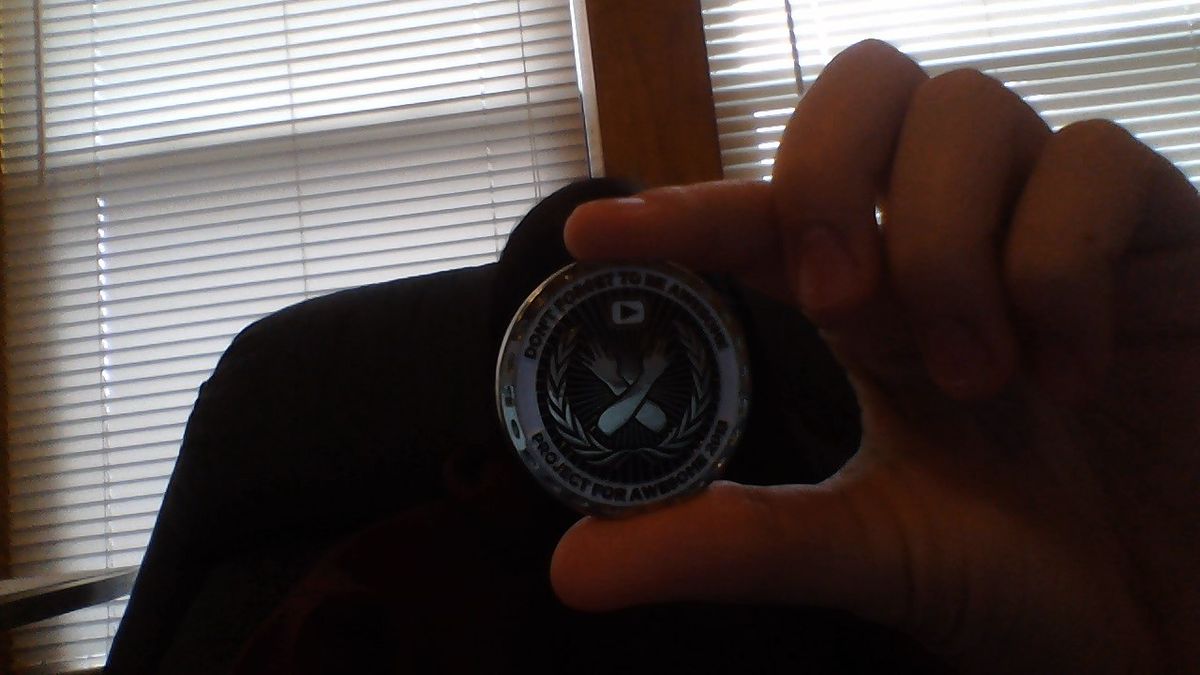 I nearly wrote about this at the time. But I deleted the draft. I was afraid. The internet is not always a kind place to be.

Don’t get me wrong; the internet can be a great place. I used to be a very lonely person. I assumed that the ratio of nerds to non-nerds in my area was representative of the world – meaning that outside my family I would rarely, if ever, find someone who was as unashamedly enthusiastic about knowing things and liking things as I was.

PewDiePie is a YouTuber who has fifty-four million subscribers, more than any other YouTube Channel. He makes millions of dollars a year in ad revenue, and he had a deal making a show for Maker Studios, a division of Disney. This January, he posted a video in which he paid people to hold up a sign that read “Death to all Jews.”

I didn’t see the video when it was first posted. But in early February, Maker Studios dropped his deal and cited the video as the reason – and suddenly it seemed everyone on the internet was talking about the incident and sharing the video around. They also started sharing around other videos PewDiePie had made in which he donned Nazi uniforms and said that Hitler did nothing wrong. I watched them. I don’t want to go too deeply into how they made me feel. Suffice to say that they scared me.

But what was worse was the backlash. The creators of other popular YouTube channels started speaking up, in tweets and in videos. They said that it wasn’t fair how PewDiePie had been treated. Among these YouTubers were the Vlogbrothers. Those nerds I looked up to. In a series of tweets that he has since deleted (but not retracted), Hank Green said that we should not “attack” PewDiePie, that calling him antisemitic was “a rhetorical leap at best,” that sure he was “unpleasant” but it was “just a joke” and we should focus on people who “perpetrate actual hate.”

Those tweets made me feel even worse than the videos. This was someone I looked up to, one of the nerds who let me know that I was not really that alone in the world – and he thought that calling for the death of my people was not “actual hate”? He thought that our fear and anger was unjustified?

I told my parents about it. They know how much the Vlogbrothers meant to me and my sister; we’d often shared the Green brothers’ educational and social justice centered videos with them. My parents suggested that I contact Hank directly about it, since he has such a focus in his videos about making the world a better place, and the Vlogbrothers often take feedback from their community. So I sent Hank and John an email explaining how antisemitic words and actions are antisemitic regardless of the context, that “Death to all Jews” is never a joke, and how this entire thing made me feel. Neither of them replied.

My sister chose a different avenue to take action. The Vlogbrothers often say that they are proud of how polite and supportive the comment sections on their videos are. So my sister made a comment on one of their videos asking for them to “please clarify Hank’s stance on antisemitism” because “what he said had made her feel unsafe.”

Within minutes, other Nerdfighters began to reply to her comment, attacking her. They denied the whole thing: “he didn’t say anything hateful.” They asked her if she knew what a joke was. They threw out curse words I won’t repeat here. One used “Jew” as an insult. One said she must have a “serious neurosis” because “no one really believes that all Jews should die.” One accused her of being a “troll” because “there’s no way you really feel unsafe because of what he said.”

Like I said, the internet is not always a kind place to be. But we had thought that this was one of the kinder places.

After a few days, my sister deleted the comment, and we both unsubscribed from the Vlogbrothers and most of the other channels they are connected to. YouTube keeps recommending that I watch their videos. Not long after the comment section fiasco, Hank posted a video titled “I Disagree With Me,” which I clicked on in a moment of hope, but it turned out to be about the environment.

I am an optimist. I like to think that if you explain to people how what they said or did hurt you, they will realize their wrongdoing and correct themselves. Sometimes they don’t.

Nerdfighteria is supposed to be about learning things and using that knowledge to make the world a better place. And in some ways, it does do that. The yearly Project for Awesome draws attention and hundreds of thousands of dollars to a wide range of nonprofits. The Green brothers have used their platform to create and promote educational YouTube channels – Crash Course, SciShow, Healthcare Triage, Sexplanations, The Art Assignment, and so many more. They tell people that it’s okay to be nerdy. They make fun, clever content that formed the basis of many of my dearest friendships, both online and in-person. Those are all good things.

I am glad to know that there are hundreds of thousands of nerds in the world. But I am also glad that I have nerdy real-life friends now, and so I no longer need Nerdfighteria, because I no longer feel safe there. I no longer trust or respect the Vlogbrothers.

Last December, I shared my story with The Road to Nerdfighteria, a group collecting stories about how the Vlogbrothers and the community they created has shaped our lives. Just after I unsubscribed from the Vlogbrothers channel, a member of that group contacted me asking for my permission to use my story in an upcoming podcast project. I said that they could if they included an addendum, explaining the reasons why I no longer feel safe in Nerdfighteria, and that while I hope that Hank and John will continue to inspire and give hope to other people the way they inspired and gave hope to me, Nerdfighteria is no longer my home.

They have promised to include the addendum. They told me they do not want their project to “whitewash” Nerdfighteria, and that Nerdfighters should know that they still have things to work on.

Over the past few months, I have been scared much more often than I’d like to be. But The Road to Nerdfighteria’s promise to me gives me hope for that community.