Why It's Important To Disobey
Odyssey

Why It's Important To Disobey

With years of the Trump presidency still remaining, it's vital to use your voice to resist hate and oppression. 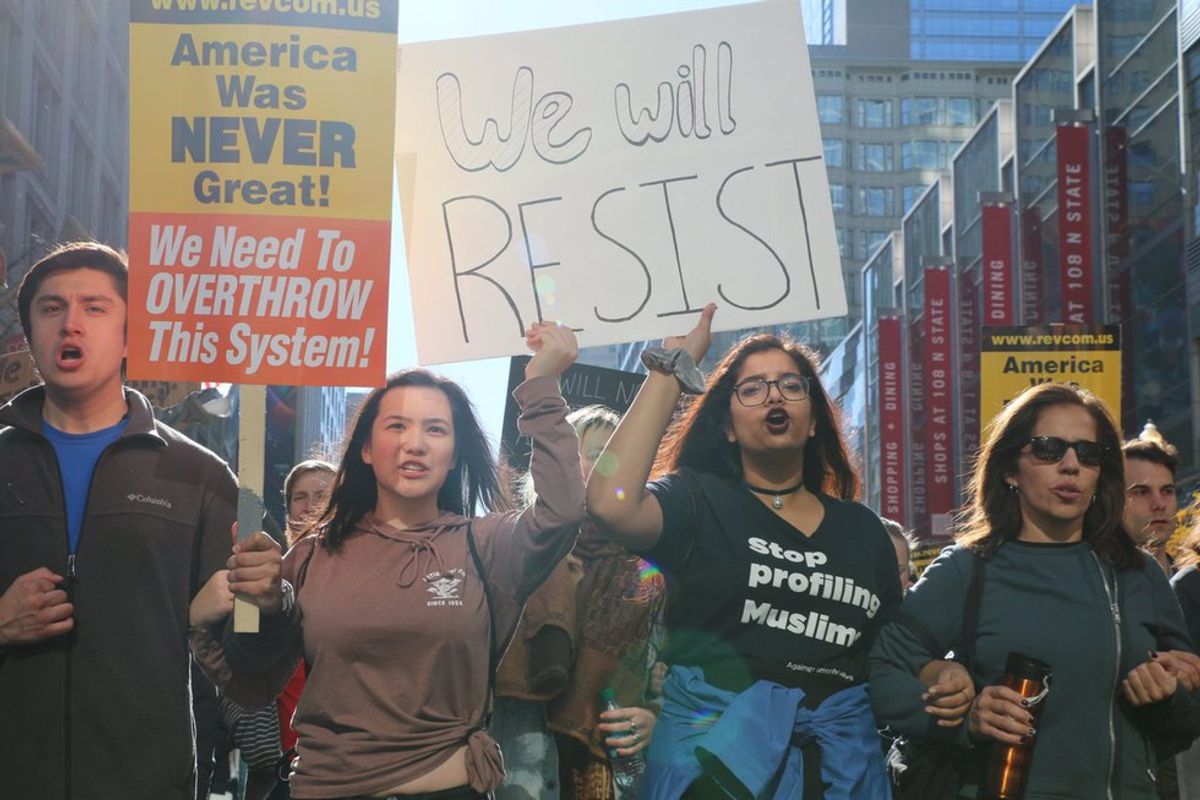 We're a little over a week in to the Trump presidency, and after all of the events that have occurred, it seems more like a cruel prank than reality. But it's only been a week, and we have to deal with this for the next four years. That's an extremely frightening thought. Every day, new orders by Trump surface, and they threaten the ideals of this country. He targets specific groups from: women, immigrants, Muslims, etc. But how do we proceed through these tough years? We make our opposition known to the public. We disobey.

Some major changes and advancements in society wouldn't have occurred without disobedience. When the British repeatedly taxed the colonies, rebels responded with the Boston Tea Party. They resisted British control, which ultimately led to the American Revolution. In the end, the United States gained it's independence. When women sought political power, they responded through the Women's Suffrage Movement. This challenged the women's sphere in society and showed opposition to the typical obedience to their husband. A number of suffragettes got arrested, and underwent torture and abuse in prison. In the end, the 19th amendment was passed. When they experienced years of racial oppression, African Americans disobeyed the prejudice-filled society through the Civil Rights Movement. These are just a few examples throughout history, but they all share the common aspect: disobedience. When we disagree with unjust actions, we respond by disobeying.

Only through protests and public action can we truly make our thoughts known to the public. Standing up against hate and oppression is necessary at times like this. Like those before us, we must resist. The Women's March last week, a unifying march around the world tackling issues from reproductive rights, immigration, and black lives matter. This protest made history. But this was just the start, there will definitely be more protests ahead. Recently, immigration protests rose at airports around the country, against Trump's recent ban on immigrants from a select number of Muslim countries. In the future, I know of protests in support of Planned Parenthood.

We are living through history, and as scary as it is, we can't sit back and watch it all crumble. If you strongly disagree with current actions, stand up, go out, and make a difference. One important idea to remember, though, is to help other oppressed groups, even if you aren't part of them. Don't just step in when it affects and benefits you, for helping everyone and becoming an ally, might just help you in the end. So, look for local protests, use your voice, and make history. And most importantly, disobey.