Why Intelligence Types Do Actually Matter 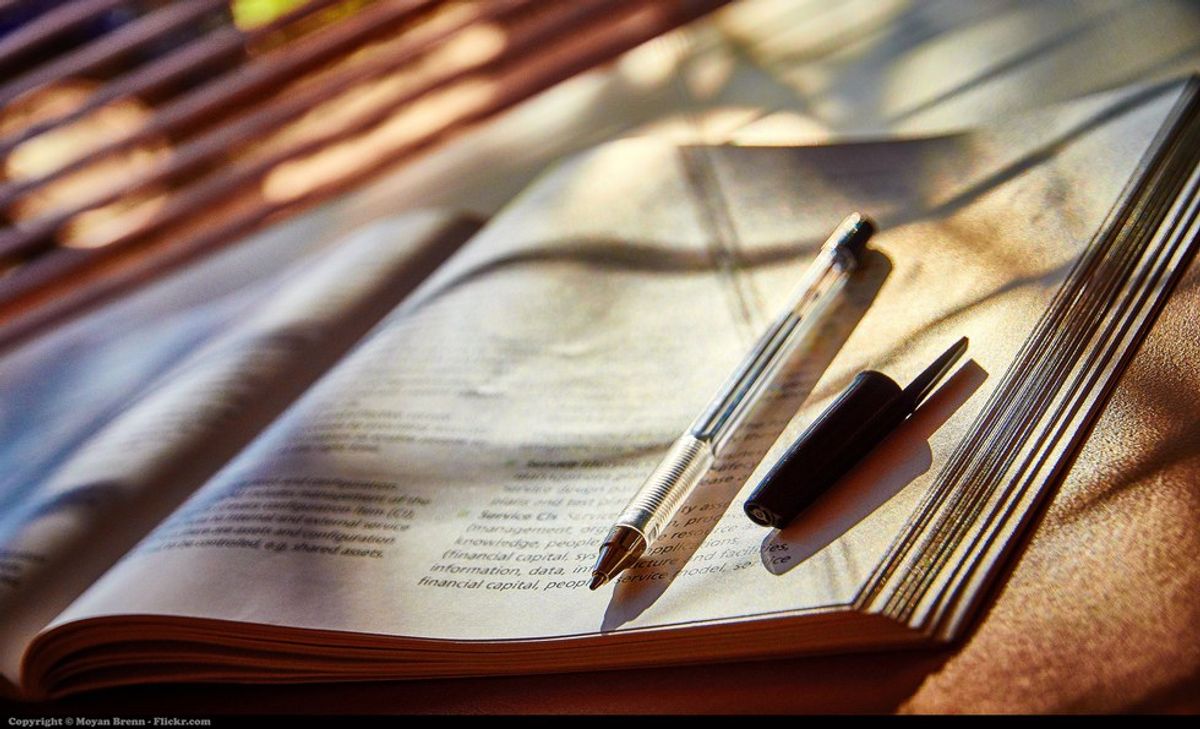 Picture this: you’re in seventh grade, you’re in Health class, and your teacher has just landed a three-page quiz down on your desk. It’s not the type of quiz you study for—it probably has cute little Clip-Art illustrations of kids reading really hard, or painting a picture, or running with their arms posed like an Olympian. It’s full of multiple choice questions that sound more like the personality tests you read in the back of Seventeen magazine. It’s your first “intelligence type” quiz.

If you went through a similar public school experience to mine, you took maybe a half-dozen of those quizzes over the years. They went hand in hand with the career tests that could predict your future (sidebar: mine said I should be a Rabbi/Nun/Spiritual Advisor, and/or a dolphin trainer). Questions sounded like: "Do you play more than one instrument?" "Do you spend a lot of time on physical activity?" "Is it your favorite thing to work outside?"

An example of a kids' test online. Look, Clip-Art!

They weren’t hard. And they generally shuffled students into several easily correlated categories: “Visual/Spatial,” “Musical,” “Verbal,” “Interpersonal,” etcetera. The theory was for students to better understand themselves and the way their minds worked—if they did, my Health teacher would say, they could better adapt to their learning environment, and have an idea of the tasks, studies, or even career paths they might be suited to in the future.

Here’s where that theory broke down, as far as public school is concerned. In seventh grade, or sixth, or maybe all the way through 12th, there is no such thing as adapting or adapting to your learning environment. In high school you can't pick out most of your own classes, let alone pick the teaching style of your instructors. Everyone gets taught pretty much the same curriculum, in pretty much the same way. The best option the “kinesthetic” or “musical” learners had was to, I don’t know, headbutt a soccer ball or sing out loud while they tried to memorize the important dates of the Civil War?

This faulty application of the “multiple intelligence theory” is what largely made me dismiss the whole thing; I always got Verbal/Linguistic, with a little bit of Visual thrown in there. Sure, I connected that to the fact that I like to read, that I’m an English major with an interest in language. So what?

It’s only since I’ve been in college that I’ve seen demonstrations of what “multiple intelligences” actually look like. I’ve found it has as much to do with “adapting to your environment” as it does to do with the types of intelligence we value as a society, and the ways people value their own intelligence.

Verbal, Linguistic, or Language-type thinkers—sure, the obvious that comes to mind definitely applies in a college setting: these types of learners are fine with hammering out an essay, even last minute. They have a harder time wrangling in their ideas than they do meeting a word count. They might also be the one who can phrase a polished, polite, and perfectly phrased email to a professor to ask for an extension. But the benefits go beyond the obvious: you don’t realize what a gift it is to be able to verbalize your thoughts, feelings, and ideas so easily until you talk to people for whom it is tortuously frustrating. In college, where so much depends on talking, writing, and talking some more, it can be an easy thing to take for granted.

Interpersonal, Intrapersonal, or Emotional thinkers—these guys have a leg up in dealing with the social aspects of college. That is to say, all of college. You know your friend who always knows just what to say in a crisis, or can comfort a drunken crying girl without just awkwardly patting them on the back? These thinkers intuitively understand the connections between people, be it romantic, platonic, or the weird mushy gray space that can come with complicated college dynamics. Intrapersonal thinkers have an understanding of self that helps them choose their best path. Interpersonal thinkers have a good sense of boundaries, of when and how to cut off a relationship, or change it for the better. Truly invaluable in college and beyond.

Physical, Bodily, or Kinesthetic thinkers. This goes beyond the realm of student athletes, although many kinesthetic thinkers do gravitate towards sports—not just because it’s something that they’re good at, but because it’s something that they need in order to feel fulfilled. These thinkers feel immensely sure of their bodies, not necessarily in a body image or confidence way, but in literally feeling grounded and connected to their physical space. Kinesthetics are able to throw themselves, bodily, into a situation, and use their physicality, grace, and fluidity to solve problems. These people might be the ones that tout the benefits of endorphins-through-exercise, and find it easy to look after their physical fitness, sometimes using it as a jumping off point to make the rest of the world fall into place.

Visual or Spatial thinkers. A broad category, but an important one, one that I think goes hand in hand with Tactile thinkers. These people best conceptualize problems visually, or by physically getting their hands into them. They might be learners that have to sketch out a textbook explanation in order to understand it, but that also means they’re good at translating abstract concepts into concrete ideas. They’re immensely effective at visually explaining their thoughts and feelings, which is certainly good for Fine Arts, but also for a Bio major’s final project presentation. These guys have personal style, a sense of organization (no matter how messy their systems might be), and their Powerpoints are on point.

Logical, Mathematic, or Reasoning-based thinkers. Not just for Math or Comp-Sci majors! (Though I’m sure it does help.) These thinkers take an analytical view of the world around them, not just when it comes to learning but also in their personal relationships and passions. That can be a blessing and a curse: taking a logical view of an emotional world can help you cut through a lot of drama, but it can also verge into over-analyzing something that’s not always going to make rational sense. But these learners can also be good decision-makers, decisive in their reasoning, and can excel at keeping their life in order—planners, to do lists, and sticky notes galore.

College is one of the first places in life where you’re given the freedom to explore your own way of thinking—make use of it! Recognizing strengths and weaknesses in yourself and in those around you is a big part of learning to work with and appreciate others, something the college experience is all about. No goofy Clip-Art needed.