Why I'm Terrified Of A Trump Presidency
Odyssey

Why I'm Terrified Of A Trump Presidency

Everyone has the right to their own opinion. 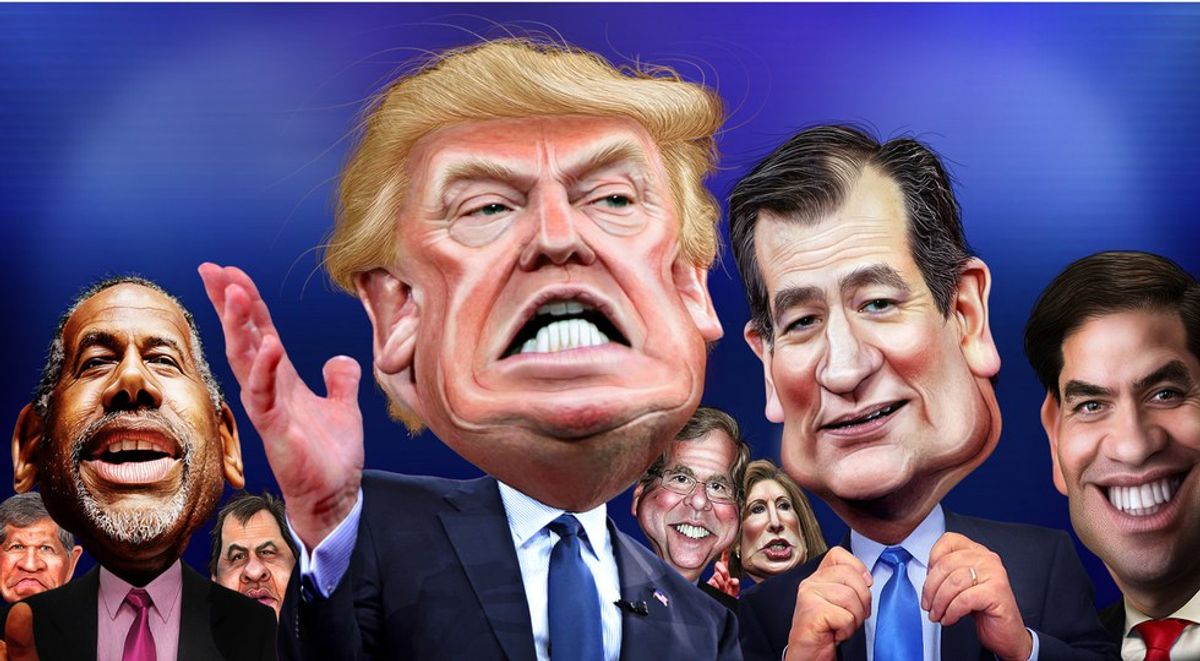 Anyone who knows me knows that I am vehemently against Donald Trump. In fact, I'm genuinely terrified of what this country will become if he is elected president. Everyone is entitled to their own opinion and to vote for whoever they want, but I'm going to tell you my reasons for being against a Trump presidency.

In order to get Mexico to pay for the wall, he is planning on "compelling" them to pay for it by threatening them with a new financial regulation, preventing undocumented immigrants from sending money back to their families in Mexico. Do we really want a president who will threaten another country to get what they want?

In 2015 alone, there were 372 mass shootings in the United States. If the amount of shootings is more than the amount of days in a year, I believe that's saying something about our gun regulations. My personal view on the second amendment is that is was created when we were in a time of war. People literally needed the weapons in case their home or town came under attack. Our country is not a war zone, so we don't need weapons -- and we definitely do not need automatic weapons. Trump wants to create a national right to carry and ensure that the government does not regulate what kind of firearms people own.

Trump wants to send undocumented immigrants back to their home country. What he does not seem to realize is that the country relies on them for our agriculture. Without immigrants, there will be no produce. Immigrants are not taking jobs from natural born citizens -- they are taking jobs no one else wants.

Trump also seems to believe that the current requirements to become a refugee in the United States are not strict enough. The refugee applicant is investigated by the Consular Lookout and Support System Database, the Federal Bureau of Investigation database and the National Counterterrorism Database, to name a few. The refugee must pass all of the required security checks before their application is able to receive final approval.

The fact that he wants to ban Muslims from entering the United States from certain countries is ridiculous.

His General Lack of Experience

Trump is not educated in politics. He thinks being politically correct takes up too much time and effort and stops us from getting anything done. He has a lot of ideas, but not many plans or know-how to back them up. It is likely that foreign leaders will no longer respect the United States as a country if Trump is elected. Furthermore, he believes that he can do this all himself. He does not believe he needs advisors. And finally, he is disrespectful to our soldiers. A Trump presidency is not the kind of presidency this country needs.