Why I'm Done With Self-Deprecating Humor

And why you maybe should be too. 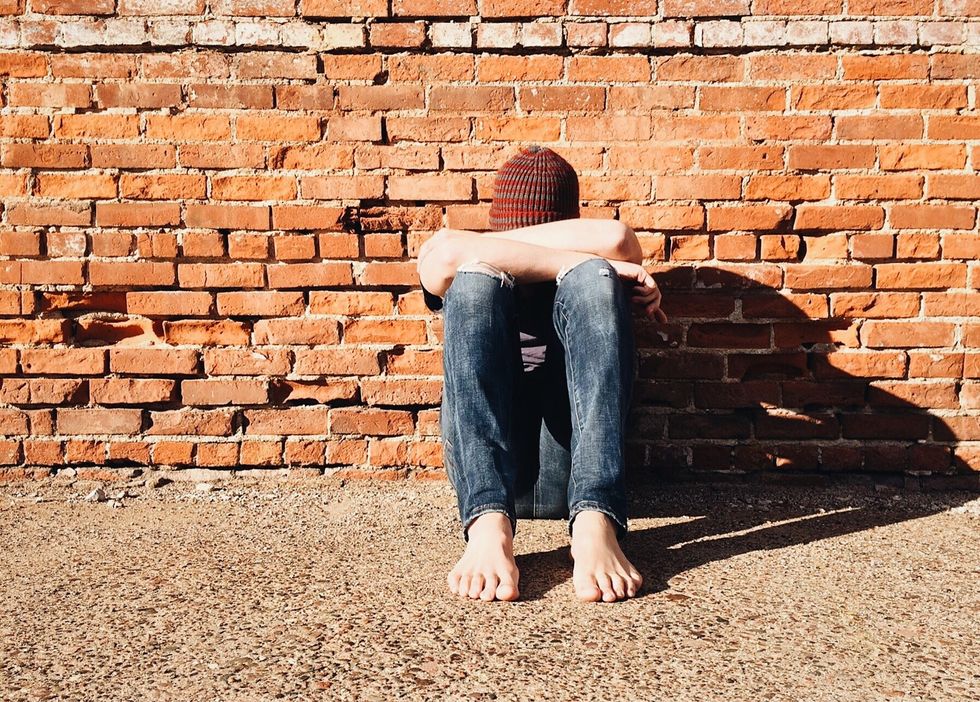 I can still recall the first time a person called me fat to my face.

It was third grade on the playground during recess. I was messing around with a couple of my friends, minding my own business, when I saw another girl at me, whisper quite loudly to her friends about just how chubby I was, and then laugh hysterically.

Being the resilient 8-year-old I was, I responded with something pretty clever, probably akin to, "oh yeah? Well you're stupid!" or something along those lines. I pretended like it didn't matter, but it hurt me enough to still be memorable today.

In middle school, mean girls were a lot less direct. 12-year-old me was quite the character: blue wire-rimmed glasses, ill-fitting khakis, short hair that I wore tied straight back with the same headband every day. Not that I really noticed at the time, but I was out of place in the army of Aeropastale and pencil skirts that dominated my middle school's hallway.

I was an easy target—between the aforementioned style, refusal to use curse words, and a really intense love for Harry Potter, kids had a lot of ammo to use against me. It took me a long time to figure out that kids were making fun of me. I thought I was surrounded by people who loved being around me for me, not for using me as the punch-line of every joke.

It wasn't until one of my closest friends informed my crush of my undying love for him in front of half of the cafeteria (needless to say, he did not take it well) that I realized I was different. And that kids can be cruel.

I did not realize, however, just how much of a lasting impact those people would have on me.

I consider myself a funny person: I like to think that I have a witty sense of humor—lots of sarcastic remarks and quick responses. But I also tend to use a lot of self-deprecating humor.

I constantly make fun of myself. And that's fine to a degree—healthy, even. I think it's important not to take yourself too seriously.What I'm noticing lately, however, is that it's become a crutch for me. I am the first to point out a stain on my shirt, a bad decision, any mistake I've made. And I think I've figured out why.

I make fun of myself so that other people can't do it first.

It's an issue of control: by being the first person to say hurtful things about myself, it feels like I'm taking ownership of it so that no one else can use it to hurt me. Humor has become my first and most efficient defense mechanism.

Logically speaking, I know that makes no sense. College is not middle school: at this point, most kids have matured enough to quit it with the pointing and laughing or the inconsiderate remarks (and believe me I know there are exceptions to every rule). At this point in my lifetime, self-deprecation gets me nowhere: why should I make fun of myself first if there's no guarantee anyone else will?

But I guess my brain hasn't quite accepted that yet.

I guess what I'm trying to say is that my self-deprecating humor serves no good purpose now—and maybe it never did. I've gotten so used to falling back on it, however, that it's something I need to actively address and stop using.

I'm done being my own worst enemy.