Signs of tyrannical ruler were present before election 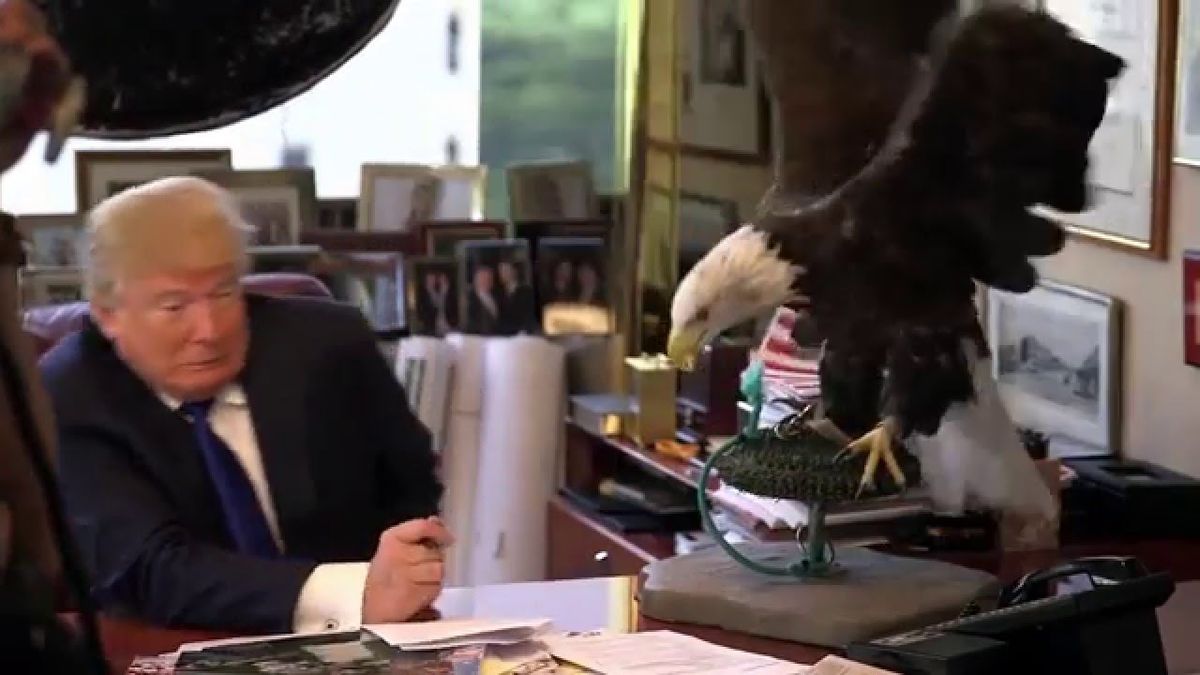 At first, we thought it was funny. Surely, he would destroy his own reputation with each ridiculous tweet. But as more candidates dropped out and he became the Republican party candidate, things got worrying. Suddenly the pile of dozens of lawsuits against him stacked against Hilary using a personal email would have seemed to be the end, but here we are.

"Give him a chance!" They said. "He'll start acting like a president eventually!"

BOY WERE THEY WRONG!

BOY WERE THEY WRONG!

Trump has made it clear that he is best only for himself, and nobody else. People are starting to catch on. Of course, slightly over half the country already knew this was bad. But Trump supporters are starting to have second thoughts. One woman lost her husband after he was deported. Another Trump voter had her home foreclosed due to his cabinet picks. Not to mention the hundreds of tweets trending on #Trumpregret that come pouring out from a simple google search.

It's easy to see why some people might pity or even feel sympathetic for these people; in a Trump presidency, everyone loses.

I, however, will have zero empathy for these people. None.

It's important to remember that these people are not innocent victims, they chose this. You may think that one vote doesn't matter in American politics, but this is why it does.

Perhaps someone who voted Trump and has regret is reading this. I have a few questions for you:

-Did you blindly vote for your party rather than evaluating each candidate?

-Did you research the candidates? Did you see the multiple crimes against Trump? Or did you see a republican nominee?

-If you voted for him and are not a rich white old catholic man: did you realize that he has made it abundantly clear that he is ragingly sexist, racist, xenophobic, elitist, antisemitic, misogynist, pig?

-Was it not concerning to you that there is no evidence of him paying taxes?

-Is it worth having a republican in charge who is publicly supported by the KKK? His father was a member.

-You saw no issue in the constant lies? I can't even link it because there are dozens of accounts of him publicly saying things that are blatantly wrong.

-A bald eagle attacked him for god sake. If this was a novel, I would call the symbolism heavy-handed.

-Did you not care about him having personal ties to the leader of a nation which has been America's #1 enemy for decades?

-Did you not care that there are dozens of rape and sexual assault/harassment cases stacked against him, including the rape of a 13 year old child?

The man exudes evil, and somehow people didn't see it coming. I blame this on two factors: voting for blind faith in the Republican party, and voting for a candidate that seems to support your exclusive demographic (he doesn't).

So no, I have no room to pity people who regret voting for Trump. The evidence was abundant and easy to access, clear and long-lasting through history. And yet, they chose to ignore it and are acting as though he is just now showing signs of being a bad choice as commander in chief.

Please, research your candidates and remember to vote in every election, each and every vote counts.