Why 'Friends' Is Still Relevant on TV Today
Odyssey

Why 'Friends' Is Still Relevant on TV Today

21 years later, and the show is still growing in popularity. 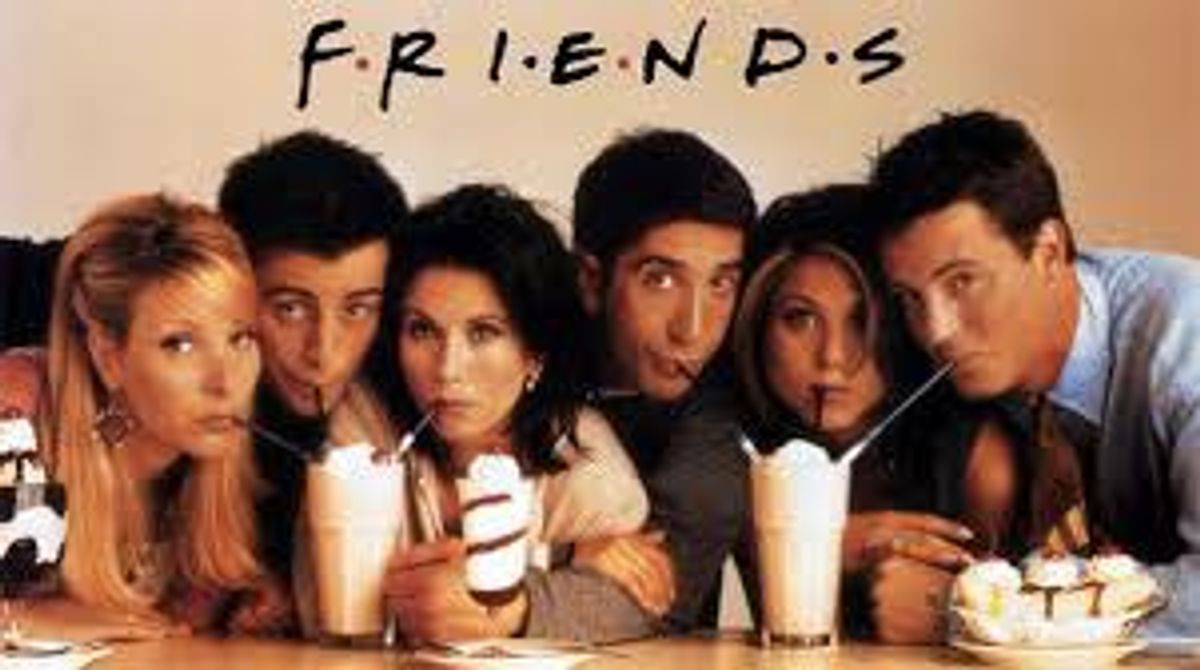 It's been 21 years since "Friends" first aired on television. Since then, the show's popularity has only continued to grow. New generations are discovering the show, whether it be through reruns on TV or on Netflix. Though times have greatly changed since 1994, the show still manages to be popular for several reasons.

Chandler. Joey. Ross. Monica. Rachel. Phoebe. Those six iconic names are easily recognizable. Over the 10 years the show was on, viewers watched as these characters grew and changed and took life head on. They saw Chandler and Monica's friendship turn into a relationship, while Chandler put his commitment fears behind him and Monica finally became the mother she always longed to be. Joey finally started to find success in acting. Phoebe found her own "lobster," Mike. Rachel grew up from the spoiled, rich girl she was in the first episode to become an independent, successful woman, and she and Ross finally got together after 10 years of hits and misses in their relationship. All six characters have their own personalities and character traits. Personally, I know my friends and I try to figure out which characters we are like. Are we the awkward, wise-cracking Chandler? Or the quirky Phoebe? Or the high-strung, organized, neat-freak Monica? They each bring something unique to the group, something that can be found in most friend groups. In one way or another, everyone can find a trait in each character that they relate to.

The issues the characters faced throughout the series are ones that people can still relate to today. At one time or another, each character struggled with their career, whether it was starting over, having an unfulfilling job, being fired, or being unemployed. Relationships also played a key factor in the series. The Ross and Rachel storyline progressed through all 10 seasons. Their relationship was the central focus many times, but the rest of the characters also struggled with heartbreak and love. Everyone can relate to how the six friends were searching for their significant others. Their friendships weren't always perfect, either. They would sometimes get into fights, but in the end, they always made up. Through it all though, the six friends were always there for each other. They spent the majority of their time together, whether having coffee at Central Perk or eating Thanksgiving dinner at Monica's apartment. Their friendship was the ultimate friendship, one that friend groups should strive to be like today. The best part, the cast in real life became very close while filming, and they are still friends today.

It does not matter how many times I've seen an episode, I still laugh every single time I watch the show. The writers have some golden lines that will forever be funny. Even though times have changed and some lines are no longer relevant, Joey's "How you doin'?," Ross's depressing "Hi," and Phoebe's "Smelly Cat" will never fail to make me laugh.

My mom watched "Friends" when it originally aired on television. When I began watching in high school, she began to watch it again with me. It provided something for us to bond over, and now whenever I make a random "Friends" reference in everyday conversation, she understands what I'm saying. Also, my sophomore year of college, I had different roommates than freshmen year. I didn't know them very well, but we quickly discovered a love for "Friends." Soon, we were watching it when we got out of class and quoting it constantly. It proved to be a fantastic way to build up our friendship, and it paved the path for us becoming best friends.