Why Female Superheroes Are Important
Odyssey
CurrentlySwoonLifestyleHealth & WellnessStudent LifeContent InspirationEntertainmentPolitics and ActivismSportsAdulting
About usAdvertiseTermsPrivacyDMCAContact us
® 2023 ODYSSEY
Welcome back
Sign in to comment to your favorite stories, participate in your community and interact with your friends
or
LOG IN WITH FACEBOOK
No account? Create one
Start writing a post
Politics and Activism

Why Female Superheroes Are Important

Because we're still waiting on that Black Widow movie. 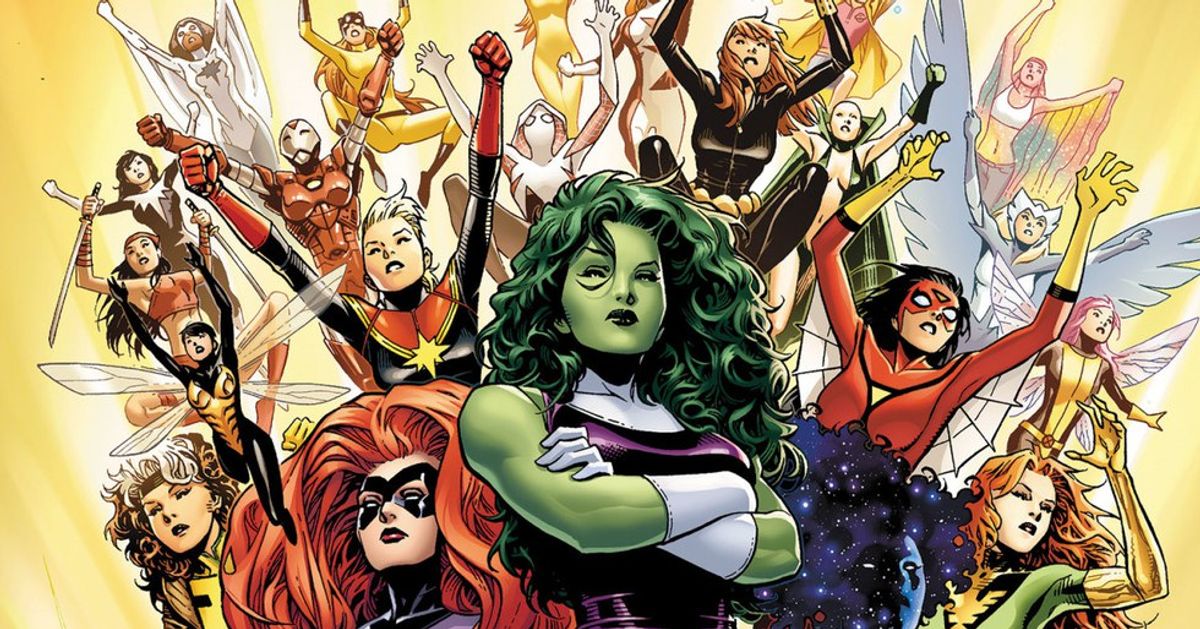 One of the biggest fandom universes in the world happens to be the universe of superheroes. I am so grateful to be a part of the overwhelmingly large fan base that dedicates themselves to these comics, movies, and characters that we have fallen in love with. It's a powerful universe, and even if you aren't a part of it, almost everyone can name their favorite superhero. The thing is---more often than not---these movies or comics are centered around an archetypal white male. Young girls and women, on the other hand, don't really have anyone they could connect with, relate to or see themselves as. It's no shocker that Hollywood is infamous for its lacking representation of women, LQBTQ and minorities overall, but it is time to start thinking how this is affecting all of us and how we can change it.

When a female actress graces the screen with her presence, she often takes the form of a skinny, white, overly-emotional and physically weak character. Yes, some people who are skinny, white, overly-emotional and physically weak, can relate to this. But most of us, can't. It's considered an anomaly to see a powerful, dominant, character who is in control of her own emotions. Female superheroes have the power to change this.

The very essence of a superhero is that they are these amazing, strong, inspiring, awesome individuals who are using their talents to do good for the world. Why should a superhero be any different because she's female? Even though we have so many empowering female superheroes (Black Widow, Jessica Jones, Scarlet Witch, Gamora, Wonder Woman, Nebula, Wasp, Captain Marvel, etc.), there is still so much work to be done. This number of female superheroes is in no way comparable to that of male superheroes, and there is no diversity amongst them either.

As a loyal Marvel fan, I recently watched the shows Jessica Jones and Daredevil on Netflix (both amazing shows by the way). As I watched Daredevil, regardless of how great of a show it is, there was no way I could continue watching it for an extended period of time or stay dedicated to the show because, aside from Claire Temple and Karen Page, the characters weren't relatable. Until season two with Elektra Natchios who was a prominent female superhero, I didn't completely love the show---and I'm sure other women felt the same way. On the other hand, Jessica Jones plays a powerful, unemotional, strong and intelligent character who doesn't rely on anyone else. I had never seen a female character like her before, and I was quickly able to connect with her and be inspired by her. I'm thankful to Marvel for putting a female character like Jessica Jones out there, one I have fallen in love with.

The influence of female superheroes has had a tremendous impact on me, so just imagine how much it would have on a young girl who is growing up in a society that is constantly making strides in feminist rights. These characters will shape the way that young girls will view themselves, and put an empowering female superhero on the screen allows girls to envision all the possibilities that they have and will help them to realize the amazing things that they can do. We have to continue to show these girls that they can truly be and do anything if they work hard, and female superheroes may have the power to manipulate matter or have super strength, but their greatest power is the ability to shape the future of how women everywhere view themselves.