Why We Need Human Connections
Odyssey

Why We Need Human Connections 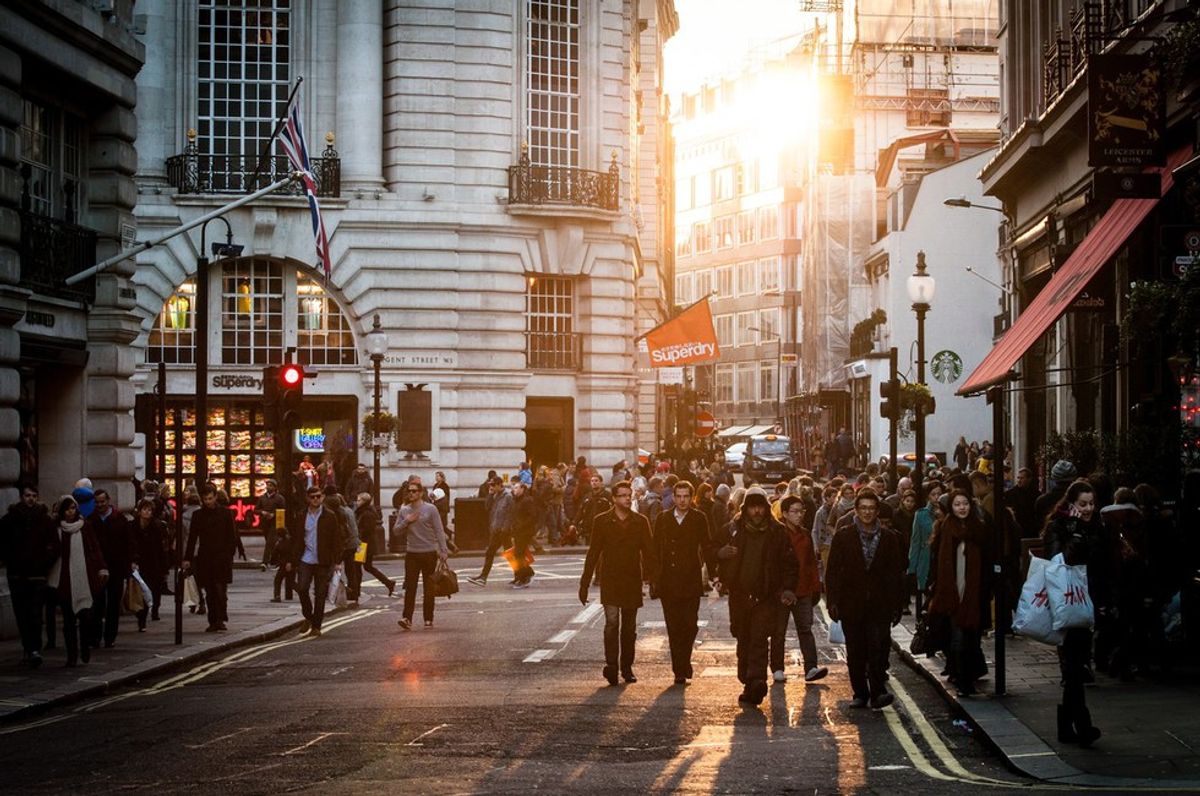 
Why? Mainly because we as humans, want to have control of our lives and when we are losing control, we feel it is our responsibility to fix it, ourselves. We feel that we don't know how to tell other people or feel scared that we will be judged if we do tell someone else what we are going through. I went into detail in my previous article. So, do we need other people around us, when we feel that we have to have control of everything that goes on in our lives?

Do we need others around us?

From what I have found, our bodies are wired for social contact and that we do better physically and mentally when we have human contact. We could try to be hermits and live in a cave our entire lives and block everyone else out. But, it wouldn't be good for our bodies, in fact, it would be very mentally draining on our minds. One guy didn't believe he needed human interaction so he decided to go into a mountain and be by himself for a month. by the end of the month he was hallucinating and once he got back to other people he was speaking his mind like a mad drunk. That was only a month and already he was losing his sanity. but, then there are other people who grew up in different environments and can go a lot longer in solitude. Hussain Al-Shahristani managed it. He was Saddam Hussein’s chief nuclear adviser before he was tortured and shut away in Abu Ghraib prison near Baghdad after refusing on moral grounds to cooperate on the development of an atomic weapon. He kept his sanity during 10 years of solitary confinement by taking refuge in a world of abstractions, making up mathematical problems which he then tried to solve. so we see that people can go without a human connection for a while sometimes. It is doable, but it would put a huge strain on your mental ability to process things correctly.

Why do we need others around us?

Because we are wired that way. From knowledge of our brains and the fact that our brains take information from all around us and put it together to give us a sense of reality, we can see that when we take away from what our brain is able to process then we get a less detailed sense of what is going on around us. Many studies have been done to test this and researchers have concluded that our brain constantly tries to fill in what it doesn't know. It takes what it does know and starts to twist it some to try and get a grasp on what could be happening around us and we end up with hallucinations and weird ideas of what happened. Our brain and our bodies need human interaction because it helps us understand what is going on around us and when we need someone to tell what we are going through or maybe seeing because we don't have enough interaction, we have friends and family around us to relate with.

No matter how much you may say you like being alone and you don't need anyone, the truth is that everyone likes having someone they can relate with and someone that they have stuff in common with. This helps us cope with our conclusion of our reality, or, less than reality. When we have someone who is going through the same stuff, we realize that we don't have to work through everything ourselves, even though we like to think that is our job and that we have to have control.

What if I am just imagining everything around me and things aren't really how I see them?


That's what other people are for. If you tell somebody what it looks like is happening around you and they say that is not happening, you have two choices, believe that they are completely sane and know what they are talking about and assume you just went crazy, or you can go out and ask other people as well. There are 7 billion other people out there. Don't base your whole sense of reality on what one person says, ask around. This way you can determine "am I losing it or are they," and you can get a stronger fuller knowledge of what is happening.

Why is it best for us mentally and physically to have relationships?


Our bodies need human connection to prosper, we were created with a sense of need for connection. That is why when Adam was alone in the garden, God said, "it is not good for him to be alone." Adam needed a human connection, he was craving something more than the animals that were around him. He needed someone that he could relate to, someone he could connect with. God created a helpmate for Adam. What did God say when he finished? He looked upon his creations and said "It. is. good." It is good! God himself saw that us being alone was not a good thing and that we would be lonely and need more than the animals, so he made someone we could talk to, someone we could relate with. Yes, we can always talk to God, and we can always share our troubles with him, but he knew that we would need someone down here on our level that we could get to know and understand, and in that way get to know ourselves. He saw this, and said it was good.

Why would we want to be alone?


I know a lot of people think they don't need anybody, but in truth we all need somebody. Or, maybe someone needs us. I heard this in church earlier: Ecclesiastes 9-12

9 Two are better than one, because they have a good return for their labor:

10 If either of them falls down, one can help the other up. But pity anyone who falls and has no one to help them up.

11 Also, if two lie down together, they will keep warm. But how can one keep warm alone?


12 Though one may be overpowered,
two can defend themselves.


A cord of three strands is not quickly broken. We were called by God, to go out and make disciples and, show others God's love. I don't see how we can do this while trying to find ways to be alone in life. I think we should embrace this gift from God and show love to those around us, we don't realize it very often, but the end is nearing and we don't have much time left. We never know when our time is up. Make the most of the time you have and build relationships with others instead of trying to tear them down.