Why Do Children Get Cancer?
Odyssey
CurrentlySwoonLifestyleHealth & WellnessStudent LifeContent InspirationEntertainmentPolitics and ActivismSportsAdulting
About usAdvertiseTermsPrivacyDMCAContact us
® 2023 ODYSSEY
Welcome back
Sign in to comment to your favorite stories, participate in your community and interact with your friends
or
LOG IN WITH FACEBOOK
No account? Create one
Start writing a post
Health and Wellness

Why Do Children Get Cancer?

Today, 43 children will be diagnosed with cancer... 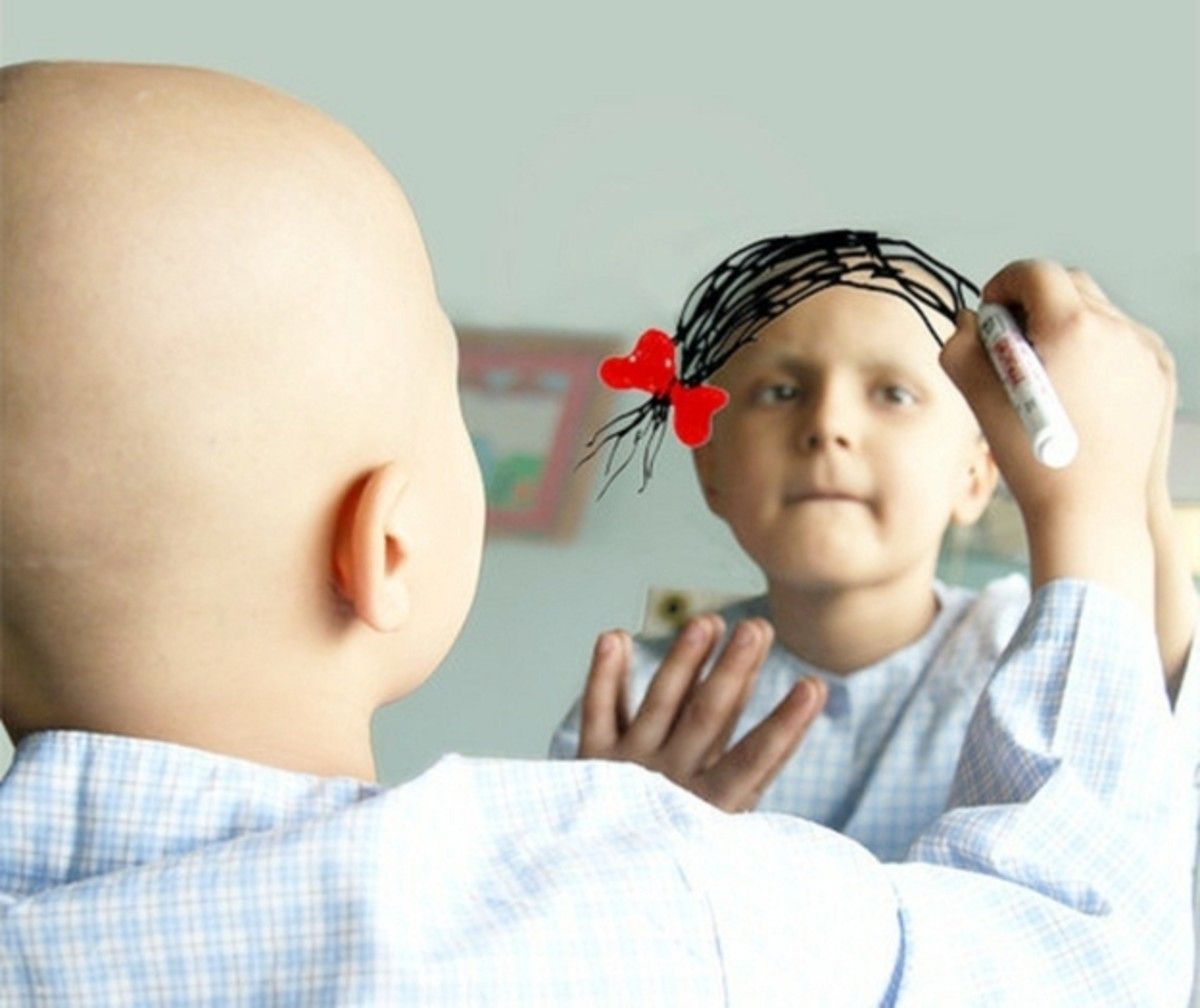 When I was in elementary school, there was a boy who was a couple of years younger than me. The school knew him as, "the boy in 4th grade with leukemia". It was the first time that I had heard of a child battling cancer; a situation he never should have had to face. I remember seeing the boy in school and wondering if he would die. As a child, all I knew was that people with cancer usually die.

Since the boy was so sick, my class did a special pizza party and invited him to it. He was so happy and friendly and when we talked to him, he was a normal kid. I even passed on my old scooby doo figurine collection to him because I'd been told he loved scooby doo. I never found out if he survived or not, as a child, I kind of just assumed that he passed away.

I didn't hear of any more children getting cancer for many more years. Until, a close family friend was diagnosed with leukemia at just the young age of 14. When I first heard her diagnosis, I couldn't really process it. I remembered that boy from school so long ago and for the first time since then, childhood cancer was real again.

I heard the news and I knew it was real, but I didn't want to believe it. After all, people with cancer usually die, right? I thought of the girl's sister who was my best friend and I thought of her parents and her grand-mom and even the dog who was so confused as to why no one was home anymore. When I finally accepted reality, I just cried. I cried more than I ever did in my whole life. I spent nearly three days straight in tears. I couldn't imagine what the family was going to have to deal with.

After a few days, my mom and I decided to go to church. We were good for skipping Sunday mass often, but we knew why we had to go this week. At church, I couldn't listen to what the priest was saying because I was too busy holding back tears. The girl's grandmom sat a few aisles over from us and after mass, we went over to talk to her. I thought talking would help, but it made it worse. When she told us that the girl would be in the hospital virtually non-stop for over nine months, I felt a wave of sadness I have never felt. I had never felt so much sadness in my life up until then, not when I had break ups or when my pets died or anything.

Time went by and she was blessed to find a wonderful stem cell donor who saved her life. Her chances of survival weren't good, but 4 years later she's still here doing wonderful.

This brings me to sad reality. The reality is, thousands of children lose their battle with cancer every year. This past year alone, I have seen so many children who have been fighting so long who have passed away. It all hit me after about the third child passed away in such a short time. Her name was Philomina and she lived in my area. I began to question everything. Why do some kids survive and some don't? Why do kids even get cancer? Why is life so unfair?

I have come to little understanding and acceptance as to how so many children have to face this. I guess it's not meant to be understood. But I have learned that children with cancer aren't just "that 4th grader who has luekemia". They are people. They have personalities and hope. They show a bravery I never could. They have favorite movies and games and they like to play and dance and smile. They aren't just "children with cancer", they are our children. They are the world's children and with our love and support we can help them the best we can to get through this difficult journey they should never have to face.

Nicole Marie Nigro
Individual Creator
4159
c1.staticflickr.com
Where to start...... Let me start with the cliche that life throws us curveballs and what we do with it is what counts.

15 Activities That You Can Do Alone