Why I Am Thankful For Having A Seizure
Odyssey

Why I Am Thankful For Having A Seizure

God has situations under control, whether we see that at the time something happens or after a couple months after the situation. 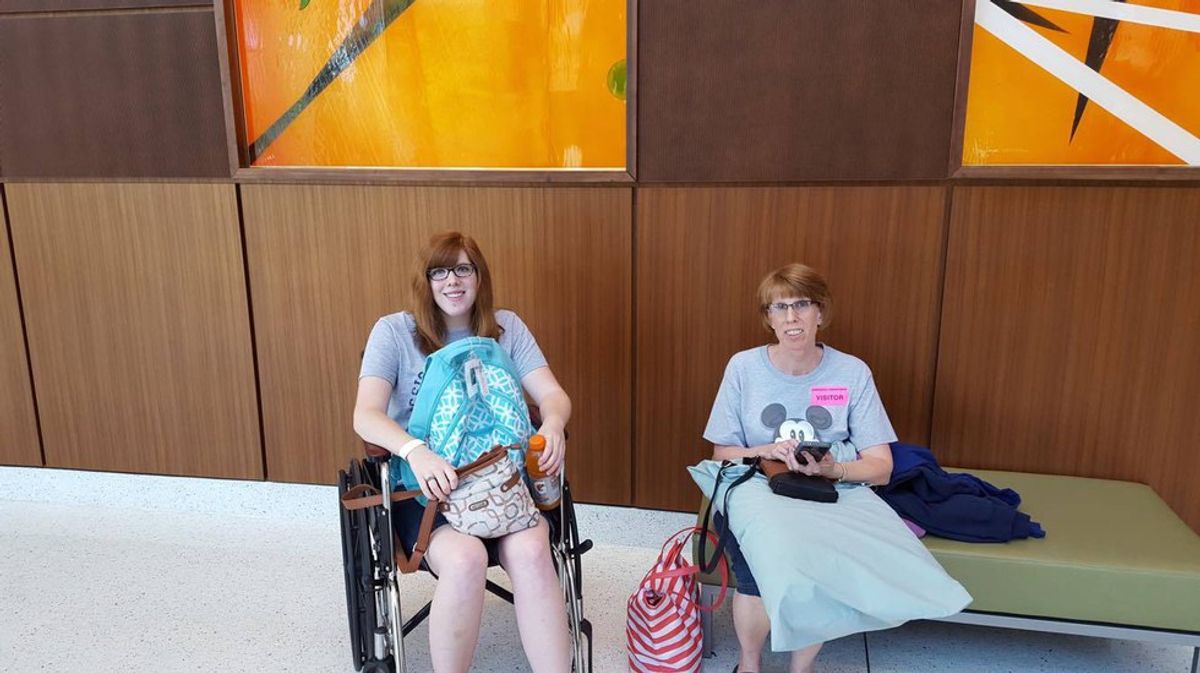 I want to mention that before I had a seizure in May, I was six years free of having seizures. My parents and I thought I was in the clear of having them since I was put on a high dose of medication when I started having them at the beginning of middle school. My neurologist was not really concerned about me having seizures once I stopped having them after taking medicine, because she believed it was a hereditary thing more than anything since my dad had them when he was young. I had been off of taking seizure medicine for four years.

After we came back home from going to Disney World with the band, and yes, my family rented a car and went to Disney World after I was discharged from the Emergency Room that afternoon of having the seizure; I had to go to my pediatrician to find out what he suggested on doing. I remember while I was waiting to see my doctor, I remember being worried and not knowing what he was going to say. In the back of my mind, I thought he was just going to say I would be fine and if I had another seizure, than I would need to see a neurologist. Unfortunately, he referred me to an adult neurologist, ordered a test, and told me that I could not drive until I saw the neurologist. To be honest, I was mad! I did not understand why everything was happening the way it was going! I wanted everything to be fine and I did not want to have to worry about taking medicine and going to the doctor all of the time. I did not understand because I was feeling fine while all of this was going on.

In the middle of the summer, I went to see the neurologist to see where I was at and what I needed to do. He told me that he was going to put me on a low dose of seizure medication for the next two years. He also told me that I could not drive until November because Alabama State Law says you have to be six months of being seizure free before you can start driving again. I was angry and upset, because I just wanted it to be the way I wanted it to go and the way it was before I had the seizure. Everything was fine before I had a seizure. I did not want to have to worry about taking a pill for two years for something that I had no idea if it was doing any good or anything. When I started taking the medicine, I get tired easier than normal and I do not like that. I still do not fully understand and fully comprehend why I am taking the medicine, but I have just come up with the fact that after two years, I will not have to take it again, unless something else comes up, which I pray and hope does not.

It was a major adjustment during the six months of not being able to drive. I was used to going everywhere on my own and I did not have to worry about someone taking me everywhere I wanted to go before everything happened. I now has to rely on mainly my mom or anyone else to take me everywhere I went. If I wanted to go somewhere into town and my mom did not want to and I could not find anyone to take me, I would just have to stay at the house and not go. That would drive me crazy, but I eventually got used to doing a lot of stuff that I wanted to, but could not since I could not drive.

Once I started going to college, I had to rely on others to take me to church and if I needed to go to the store or anywhere else. At first, it was different and it took some time getting adjusted to riding with people at the time that I did not either know or did not know well. After riding with the same people, but on different days to go to church, I started to know them well and we have become great friends just by that! I do not know where I would be where I am right now if it was not for them because they showed the love of Jesus and was willing to take me to church and to other places that I needed to go to, when they did not have to.

After looking back on it, I am so thankful for having a seizure, because I do not know how I would have made great friends that I have made from riding with them to church or to other places at college. God has put some awesome people in my life just by doing that! I am also thankful for having a seizure because God has been teaching me this semester on about trusting in Him, even when times are uncertain about what will happen. It has been hard trusting in Him with what all has happened since May, but God has this whole thing planned out and I just have to trust in Him with His plan.

God is good and has awesome plans for everyone! You might be confused or wonder why certain things happen in life, but I believe that God does it for His good and not ours. Since my seizure in May, I have trusted in God more than ever and I have seen God do amazing things in my life that I would have not thought He would have done, even in the situation of my seizure. My seizure that I had could have been worst than what it was.

I used to be afraid of saying that I had a history of seizures, but now I am fine with talking about it. When I talk about my history of seizures, I will mention about how God has done awesome things in my life through that. I still do not understand all about why I had a seizure again, but I know I will eventually fully figure it out. I keep reminding myself that all is well because I have Christ. God has it all in His hands and I ultimately do not have the option of controlling everything that happens in my life.

I would just like to thank everyone that has been apart of this journey with me since May. Whether you have prayed for me, took me to various places, been a friend to me when I needed someone, reminded me the greatness of God, or gave me encouragement about the whole situation. All of this and probably more than what I just said has helped me overcome and is still helping me to overcome with this journey.

I am now driving and I am almost seven months free of having a seizure! Have you thought about something that you are thankful for that you probably thought about it the wrong way. I pray this helps you trust in God more and see how great God is, even in something small or big!