The "Who's your girlfriend...why are you single" Conversation with Parents, Relatives, and Acquaintances
Odyssey

The "Who's your girlfriend...why are you single" Conversation with Parents, Relatives, and Acquaintances

The Struggles of being single and not being ready to mingle for right reasons. 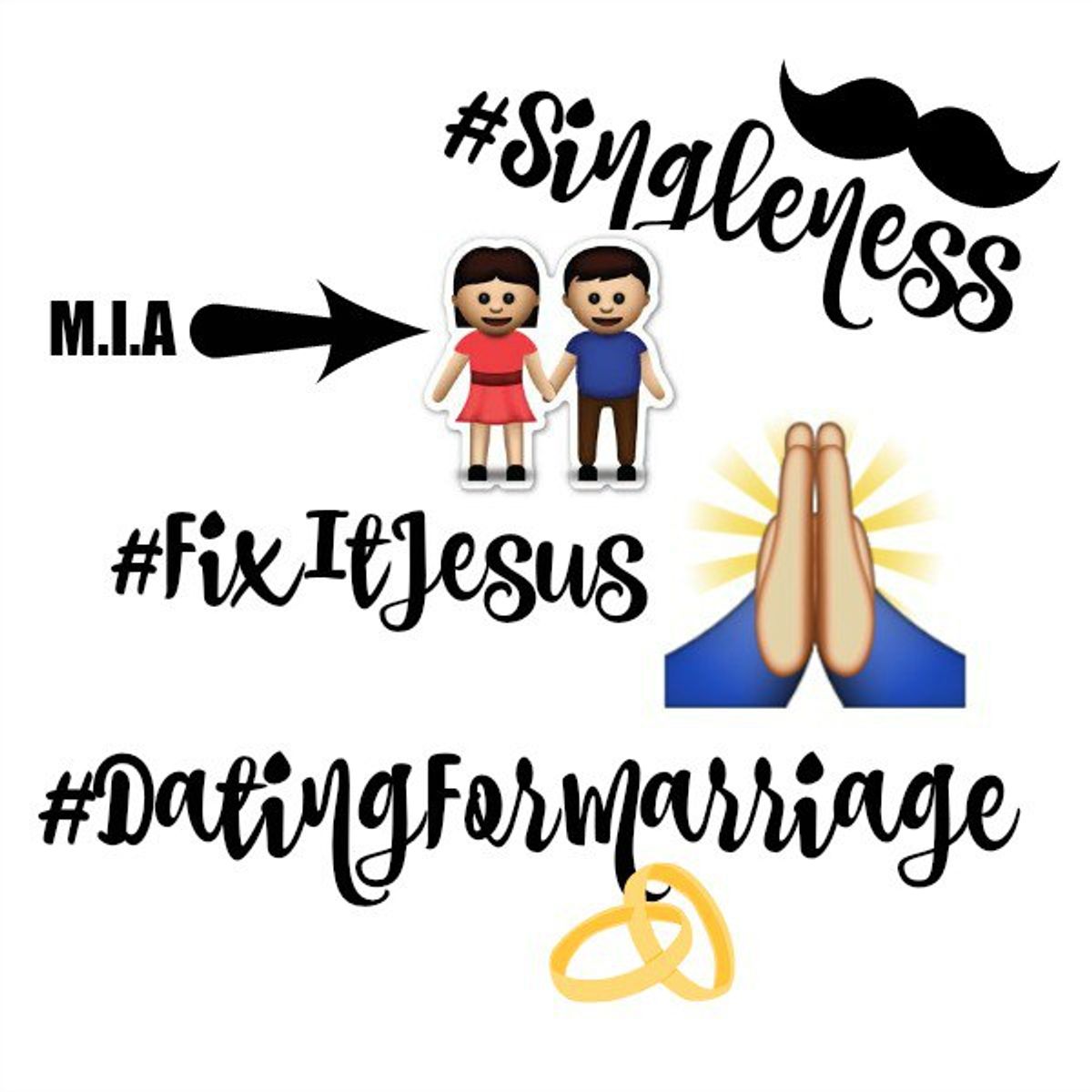 So I was struggling trying to figure out what to write about when my dad walks into my room and ask me what is wrong. Apparently, I have been acting weird to him but what’s new. So I replied nothings wrong. He then proceeds to ask if things were going south with my girlfriend <Insert what the heck emoji> and I had to explain for the 20th time this month to him that I don’t have a girlfriend and that I’m single A.K.A. solo dolo(However you spell that), patiently waiting for Ms. Right, dodging bullets, you get the point. No words can explain how it many times this question arises so I began thinking why is it so important to other people who I date or if I’m dating.

I’m 99.9999 percent sure that it has something to do with living in a small town and everybody is in everybody’s business but I’m not the type of person who actually has the audacity to asks people who their dating or why they're single. That’s them. Whatever floats your boat. I’m the type of person who if you want to keep your relationship status private, by all means, I will respect you. Actually, I will respect you a whole lot because I know if I add you on social media you're definitely not going to be posting 50 million statuses about your WCW, MCM, or Spouse Challenges where you lie and post how perfect your relationship is. You get what I’m saying. We all have those friends that are overly in love with their significant other. They're always posting pictures and status after status about how much they love them. Like really, I know y’all in real life and your probably fussing with them as your posting the status. Shoot most of the time it’s just one sided like the girlfriends always posting a status about her boyfriend and he is just chilling, never posting anything about them like he’s single but that’s none of my business (Sips tea). But anyways that’s another post. Living in a small town is the worst because everybody knows everybody and they think you're like everybody else even though you may view things differently.

Holy Communion and Not So Holy Unions

First things first, I’m the realist. Christian that is. Keep calm I’m not like most I’m not going to tell you you're going to hell cause your views aren’t like mine. I don’t have that power but this is how I view relationships and Holy Unions. Dating and marriage for me are very important to keep intentional. Many people don’t understand this concept being that they think you should try and date anybody and everybody. I first had this revelation if you want to call it that around 4 years ago when I was a freshman in college and going to an all men’s bible study and the topic was intentional dating. It really changed my life and how I viewed dating. Every now and again I will try to convince myself why I should pursue someone but then I realize my motivation behind it and say not today Satan and God allow me to dodge that bullet. When I see all these people in relationships with no intentions it really makes me feel sorry for them if they ever decide to call things off or if the guy/girl was using her/him as a side chick or whatever they call the man. It’s more popular with guys not girls. But anyways it leaves wounds that the next person who may have real intentions of marriage for this person. So guys and girls, men and women, try to have intentions behind why you’re dating someone. If you have no intentions behind it then it’s pointless and will hurt someone in the end.

So for those of you who are going through the “who’s your girlfriend/boyfriend or why are you single?” conversations, Keep true to who you are and tell the rest to go away. Handle your life the way you want to handle it and don’t let others blur the picture of what you have in mind for your life.

Have a nice day and God Bless! And always remember Stay Classy!