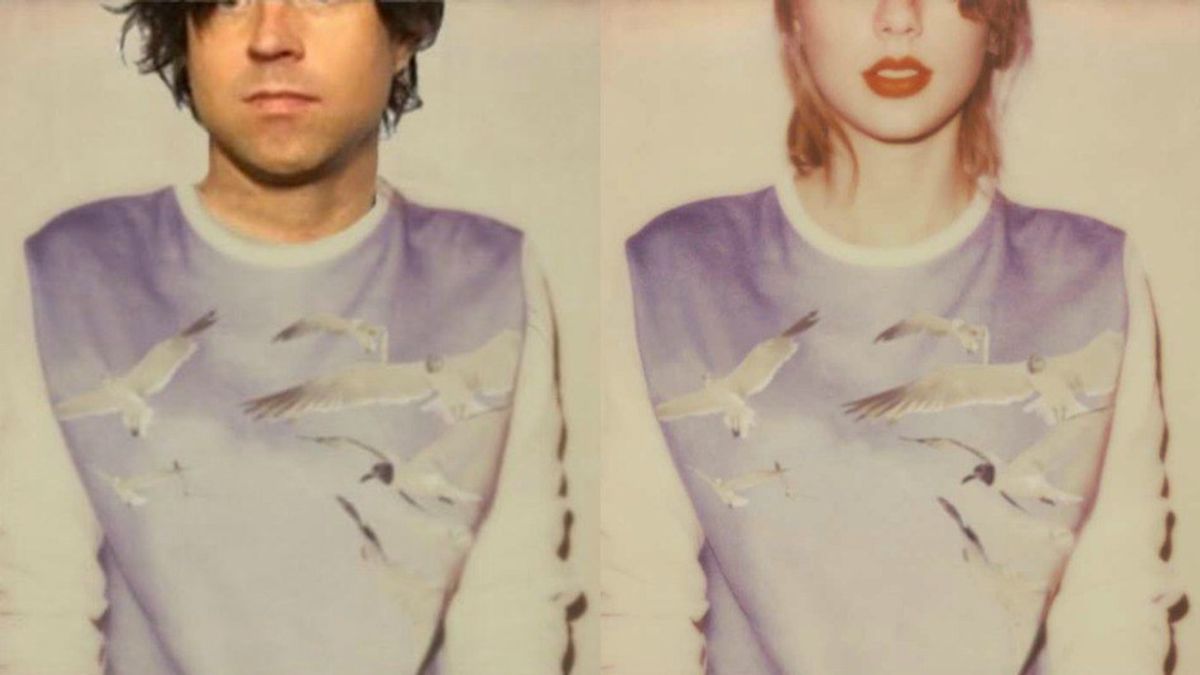 When Taylor Swift released her fifth studio album "1989: in 2014, her transition from country to pop was complete. Though she experimented with some non-country styling in "Red," (the bass drop in "I Knew You Were Trouble," anyone?) "1989" represents the musician's break into the full pop genre. It's an album that is full of excitement and joy, and also some response to the criticism she's received over the years for her personal and professional life. The album shows a woman who has experienced highs and lows and managed to always come out swinging and singing, and in the personal opinion of the reviewer is her best album to date.

Cut to 2015, when Ryan Adams decided he would try his hand at covering and interpreting the entire 1989 album. Spurred by the recent divorce he was going through with actress Mandy Moore, Adams hoped to bring a new take on the album that many placed on their best of 2014 lists.

The first thought that entered my head as I listened to Ryan Adam's version of "1989" was how Bruce Springsteen it sounded. "Welcome to New York" had a feel of a song the Boss would do, complete with a similar sounding vocal performance and guitar work. However, the rest of the album and the song itself is only partially inspired by the Jersey musician, and it quickly becomes clear this is not just Swift by way of Springsteen. There is an underlying sadness to the album, with the lyrics dripping with regret at times while lamenting lost opportunities at others. Though he does have a little fun in the album (the flamenco influenced version of "I Know Places" was a great spin on a great song) the songs on the album mostly have a melancholic, Smiths-like reflection to them, whereas Swift provided a mistakes-I-learned-from-and-grew-from hopeful reflection for hers.

There is an intimacy to Ryan Adams' take on the songs, an almost coffee shop warmth he exudes. One song in particular, "I Wish You Would" sounds like you're the sole person in an empty amphitheater listening to Ryan Adams' lament. His serious take on these songs emphasize how mature Swift's songwriting and lyrics have gotten behind the synths and flashy pop.

Swift's "1989" allows itself to have fun with the pain its experiencing, and poke fun at the detractors and the naysayers that have plagued her career while celebrating her strengths and admitting her weaknesses and ultimately making them positive things. Even her most serious pieces on the album allow for some hope for the future and give the listener the impression that she is a stronger woman for having experienced these events.

While Taylor Swift's album was a reflective-while-still-having-a-good-time work, Ryan Adams' album is one of past mistakes and heartbreak with a deep look into what went wrong. They both drip with emotion and really wish to connect with the listener. They both succeed, though in surprisingly different ways. Both have gone through the war of relationships and broken hearts, with Swift coming out stronger from it and Adams taking some scars from battle with him that enabled him to become a seasoned veteran. The duo come off as experts in their musical fields in each of these albums, and to decide which one is better is like trying to decide if breathing in or out is more important for life.

The two albums are like a call and response between two types of people: A call from Taylor Swift, the young romantic who has come across painful moments in her life and is able to look back on them with hopeful eyes and look toward the future with a confidence unparalleled; a response from Ryan Adams, the world-weary traveler who has seen triumphs and downfalls and wishes to communicate his heartbreak and pain to others in an effort to make sure they don't make the same mistakes. In this they are almost companion pieces, two sides to the same story. Each narrator offers a unique look into the same lyrics, creating different meaning behind each word as if it is a completely different source material.

This shows how much of a literary text "1989" and music, in general, can be, and how open to interpretation songs are. Whether it is the pop and synth fun of Taylor Swift or the melancholy rock of Ryan Adams, the fact that this album is able to be played in such radically different ways goes to prove how important music can be in people's lives.