Who REALLY Won The Beanie Sigel Vs. Jadakiss Beef?
Odyssey

Who REALLY Won The Beanie Sigel Vs. Jadakiss Beef?

Delving deep into how this beef came about and deciding on a winner after 15 years. 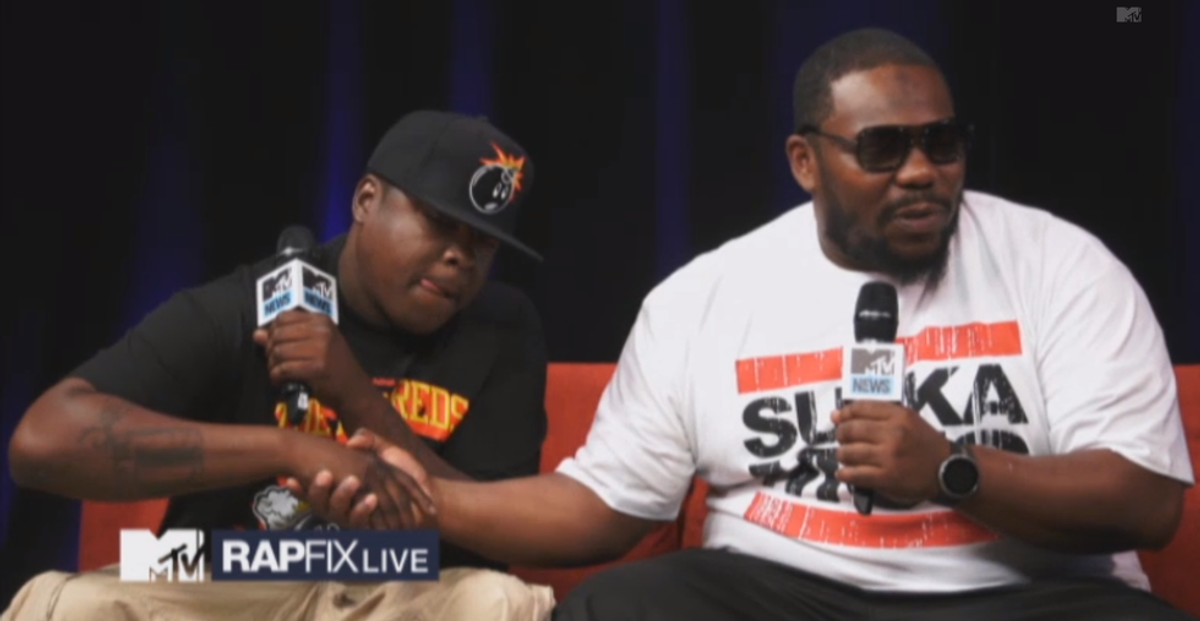 There are few beefs in rap history as evenly matched as the early 2000s showdown between Jadakiss and Beanie Sigel. Two lyrical assassins each with a crew of respected rhymers went to war on the mic, and by God's grace it didn't escalate further. Depending who you ask, or what area of the east coast you are in, you might get a different answer. For many, it may come down to preference, but considering the background story and content produced during the verbal spar, I have came to a conclusion on a winner 15 years later.

The culprit behind the entire beef was Jay-Z, whose business and personal decisions caused the artists he signed to be thrown on the front lines of several wars. 2001 was a chaotic year for Jay-Z's Rocafella camp, as HOV was at the top of the rap game while Philadelphia signees State Property were involved in two wars, one on wax and one in the streets. One beef is only known regionally, while the other is a treasure amongst hip-hop fans and is etched in history. When Jay-Z went looking for talent out of Philadelphia in 1998, he discovered South Philly artist Beanie Sigel, featuring him on his 1998 album "Vol. 2... Hard Knock Life," where Beans earned his stripes dropping classic verses. In 1999, Jay-Z signed Oschino & Sparks, and the rest of the classic roster of Chris & Neef, Freeway and Peedi Crakk would be assembled in the next year. But originally, Jay-Z planned to sign another Philly collective that was making noise in the city of brotherly love - Major Figgas. Spearheaded by Gillie Da Kid, Major Figgas and State Property started off as comrades, but things quickly turned sour when Beans attempt to get the Figgas signed and Jay-Z's alleged attempt to "lowball" resulted in beef on wax that turned ugly. Aside from Jay-Z's subliminal shots like on 1999's "Do It Again" it resulted in the timeless Gillie Da Kid argument with Beans over the radio on Philly's Power 99, that allegedly ended up resulting in a fight between the two in front of Baby and Cash Money at the 2001 All Star Game in Philadelphia. Over time, the beef would get even uglier, resulting in casualties on both sides respective camps and Major Figgas rapper Spade-O going to prison for murder.

But in the game of chess, the pawns are expected to go to war to protect the king, right or wrong, and Jay-Z's subliminal shots at Ruff Ryders star Jadakiss resulted in Beanie Sigel having to prove his loyalty. The L.O.X. started off with Bad Boy Records, making a name for themselves rhyming with the late The Notorious B.I.G., continuing to propel their careers after Biggie's death and departure from Bad Boy. The trio of Jadakiss, Styles P and Sheek Louch were respected in the industry and in the streets. After two successful group albums in 1998 and 2000 respectfully, Jadakiss ventured into a solo career and was setting the world on fire with guest appearances. A serious threat for the hottest emcee, Jadakiss was a challenge that no rapper dared take a chance on at the time. While Ruff Ryders' leader DMX was Jay-Z's friend, Jay made two moves that would shift the relationship between Rocafella and RR.

In 2000, r&b star Mya featured Jadakiss on her single "Best of Me", which generated buzz on the mixtape circuit and charts and even resulted in a video. In an attempt to one-up Jadakiss, Jay was featured on "Best of Me Part 2", a remix with a more uptempo beat - no big deal. That is, until 2001, when Jay upstaged Jadakiss once again by replacing Jadakiss' verse on R. Kelly's verse on the single "Fiesta". It would likely just be considered a coincidence aside from the subliminal line "After the original it's probably this."

Either way, Jadakiss and the RR camp didn't take too kindly to the gesture, and DMX and The L.O.X began firing shots back at Jay-Z. On mixtapes and singles, Jadakiss gave Jay-Z all he got, but Jay-Z opted not to officially respond. Whether it was due to loyalty or to promote his newly released 2001 album "The Reason," Beanie Sigel stepped up to the plate against the treacherous emcee.

In a 2012 interview with legendary hip-hop journalist Sway, Beanie Sigel described his mindset in going at the titan despite being a fan.

"That's like the little man fighting the bully on the block, he know he'd get pulverized but if he get that one good punch in and black that man eye, that'll go a long way."

After a subliminal shot about Jada's AMG Benz on The Reason's lead single "Beanie (Mack B*tch)", Jada responded with "Un-Hunh!" on his debut, going at Sigel while DMX sent shots at Jay-Z.

With the lines "Had to stop eating red beef 'cause I ate too many Beanie Mac's" and "Since you so righteous, don't make me send your a** to Allah quicker", the gloves were officially off.

After several shots between the two emcees on the mixtape circuit and their respective camps jumping in, Jada took the beef to a new level. On October 26, 2001 Jadakiss performed at the annual Powerhouse Concert in Philadelphia in front of a sell-out crowd. In the middle of his 2001 hit "We Gonna Make It", Jada stopped to perform an impromptu freestyle for the crowd to loud applause.

The applause stopped when Jada dissed Beanie Sigel with the line "Stand over the body fire again, send Sigel a wire I'm riding again." The crowd proceeded to throw anything they could at the stand, as Jadakiss ducked the objects and finished performing his hit.

Despite not being scheduled to perform, Sigel received word of the diss and showed up to the show and came out after being summoned to the stage by P. Diddy. In an impromptu freestyle of his own, Sigel won the crowd with the line " He a b*tch, without the pocket book and the wig, and how you talk that Pac sh*t when you rolled with BIG?"

Between the State Property and L.O.X. camps, the number of disses were in the triple digits, but there were two that have stood the test of time. Beanie Sigel unleashed a visceral assault over Jada's "Put Ya Hands Up" beat,spitting some of the most memorable disses in hip-hop history.

With Lines like "Leave it up to Hov to X out Tommy Bunz" and "When I see you gonna really wish you knocked yourself out" Beans showed that he could hold his own with both Jada and DMX.

Jadakiss responded over the "disco beat" freestyle, sending back top notch shots of his own.

Lines like "I hate beans but f*ck it, kiss gonna eat" and "You got me on tape, Hard Knock Life tour hugging ya mom" sent the world into a frenzy.

Throughout 2001, the two went at it, luckily remaining on wax. According to both emcees, the two first crossed paths at a charity event, and secretly decided to keep it going for the sport, with Jada saying "Let's get this money."

In 2002, State Property took the beef to the small screen, when the group freestyled a diss to Jada and The L.O.X. on the B.E.T. hit show "Rap City."

The beef continued throughout 2002 before fizzling out in 2002, but the short fuse left fans with plenty of music and moments to debate on who ultimately won. It's 15 years later, and my opinion on the victor changes often by day. The beef hasn't accumulated the attention and legacy amongst mainstream fans of 50 vs Ja Rule or Biggie & Pac, possibly because Sigel and Jada never achieved the mainstream success of the aforementioned. Or possibly because the prospect of violence between the well-respected street emcees never happened.

The two emcees have since squashed their beef, forming a friendship and collaborating often, with a possible album coming soon.Whether you are from Yonkers or Philly, or just a fan of the culture, you have to put your bias aside and appreciate a hip-hop beef in the truest form at a time when a "beef" these days consists of uninspired lyrics and shots via social media.

It's fortunate that we didn't suffer any casualties at the hands of this beef, and these two men grew to get over their quarrel and produced music together after verbally crossing the line of disrespect in so many ways.

The winner of this beef is the hip-hop culture.