Who Doesn't Want To Be A Mer?
Odyssey

Who Doesn't Want To Be A Mer?

Everyone knows what it's like to be human, but so many wonder what it would be like to be a mermaid. 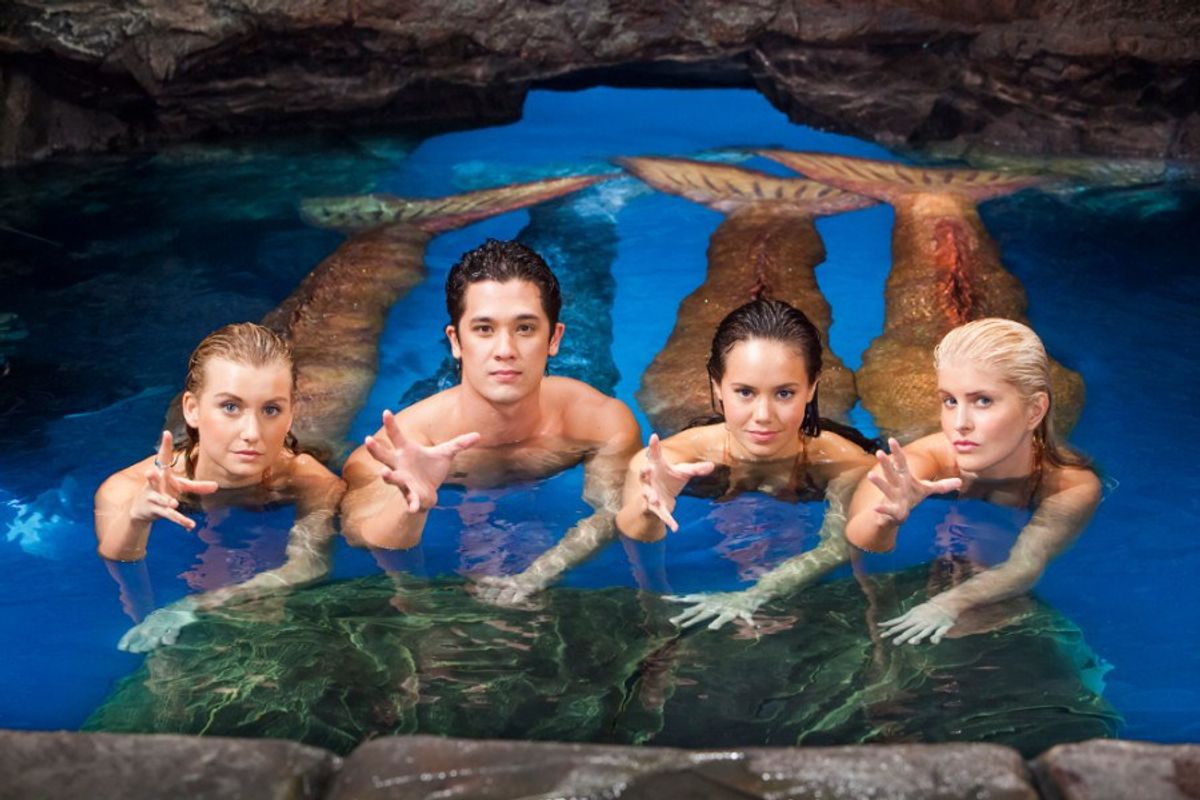 The first movie I ever got in my life was Disney’s "The Little Mermaid," and I’ve been in love with it from that moment on. Since then I’ve grown to love more mermaid-inspired movies and television shows like "Splash," "The Thirteenth Year," "H2O," "Mako Mermaids," and others who have even a glimpse of a mermaid in them. When many people ask me why I like them so much, I can never give them a straight answer. This is simply because there is just so much about them to love! So, what better way to explain my love and why it would be great to be a Mer (short for merpeson) than here?

Merfolk live "under da sea," which is one of the most majestic and most explored places on Earth. Even though it has been widely explored, there is still so much that we don’t know about it--especially in the lowest parts. Merfolk have the luxury of chilling out on a rock by the shore or exploring the dark depths below without having to come up for air. Since there is so much of the ocean that hasn’t been explored, who’s to say that merfolk aren’t real? If they really do exist, then they know a lot more about this world than we do. Especially if they’ve been around the same amount of time as humans.

Every Mer is gifted with the ability to breathe under water, and have a tail. Just like all fish who have different shapes, sizes, and colors, Mer come in all varieties as well. Now, most people think of a skinny red-headed girl or a skinny blonde girl when they think of merfolk, but just like humans there are all colors, shapes, sizes, genders, and abilities. Especially the tails. If I had the choice to be a merman, I’d probably want a cool red/black/maroon colored tail.

One of the perks of living under the water is that the real estate is way cheaper than on land. Merfolk can just pick up and leave whenever they want to, sleep wherever they please, and not have to worry about bills and rent. While there are certain groups of Mer, more than likely called pods (like a wolf pack), there are also those who roam alone. Since they are so deep in the water, the cold of the ocean does something to their hearts so that they aren’t as emotional as humans are. In a major sense they are like a cross between a child, a fish, and possibly a raccoon. If they see something shiny or interesting, then they’d pick it up and keep it. Kind of like Ariel and the "dinglehopper."

There is no person on this Earth that doesn’t wish that they had the ultimate power of seduction. Merfolk, especially the mermaids, are known to lure sailors and men to their deaths by seducing them with their looks or their voices. They don’t all have to kill humans, some just do it for sport. Others may be as fascinated with the human world as some of us are with them.

Those are just a few of the reasons why anyone would want to be a Mer. Other reasons could include living a very long time, never having to actually use legs, being able to talk to sea creatures, and being one of the most mysterious and mystical creatures ever. It isn't hard to become a Mer at all, so long as you have the means to do it. First thing's first, learn how to swim. Not just any kind of swimming, but swimming with your legs together and propelling yourself forward while just using your body. After you've done that, all you have to do is come up with a Mer persona and get a tail.

There are actually places that you can shop to get our own personalized mermaid/merman tail. The Mertailor, Miamibeachmermaids, and the2tails are just a few sites where you can find (affordable) tails for swimming or just to show off in. Some people even go as far as making their own tail to swim around in, and if you can do it then go for it! A few popular Instagram users have even gone on to sprout a tail and swim around, living carefree. Merman_Blix, The_Original_Suki, and Merman_Arion are just a few who proudly show off their tails. Even popular Youtube star Todrick Hall has been shown to wear his tail in a campaign for ProjectMermaids. Who knows, maybe I’ll be one of the next ones to show off my tail… Or maybe it could be any of you.