Who Are A War Within?

Who Are A War Within? 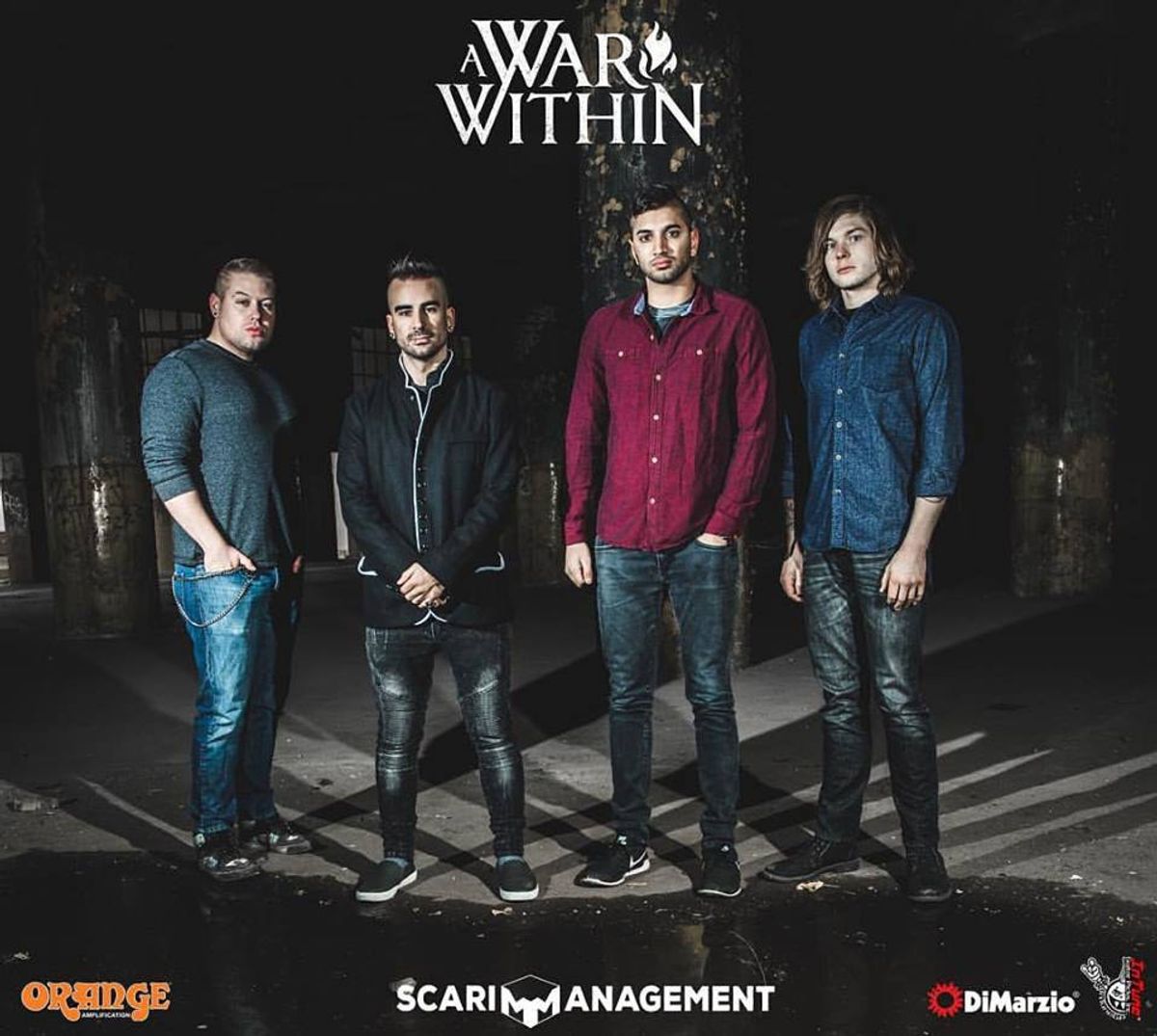 On this installment of Who Are? Comes a band from Michigan who are currently touring around Florida and avoiding this winter storm. The band I am talking about is not I Prevail, but this band opened up for them. I am talking about A War Within.

About A War Within

So... Who are A War Within exactly? They are a band from the wonderful state of Michigan, and the band is currently making it in the business. The band formed back in 2014 with founding member Spencer, Armando, Alex, and Nate. The roles of the founding members were Spencer did bass, Armando did guitar/screaming, Alex was lead vocalist and Nate did the drums. But since 2014 the band has gone through many member changes, 2015 were Spencer, Armando, Nikhil, Jereme, and Angelo, 2016 were Spencer, Nikhil, Jereme, Micha (replaced Angelo), and Armando. But as of 2017 the band now has Spencer, Nikhil, Micha, and new member Zac. Since the band's formation in 2014, the band has had already two albums drop titled "Sons of Saturn" and "Believe." Both albums were self-released, and as of the end of 2016 beginning of 2017, the band went out to Portland to record a possible new EP with Kris Crummett (producer for bands like Crown the Empire, Issues, and Dance Gavin Dance). Sadly this ended in a tragic disastrous way as on the band's road trip up to Portland, the guys had their equipment and merchandise stolen and I do not know if the police ever recovered their stuff. The band has opened for heavy hitters in the industry like Miss May I, Blessthefall, Sirens & Sailors, I Prevail, Bad Seed Rising, Attila and Bad Case of Big Mouth, all of this was from the band's formation in 2014 to this present year. The band's fan base has also grown substantially as their band Facebook page has over 20,000 like and their street team page has over 2,000 people to help them get out more to the public.

The band has been classified as a rock, alternative, and metal. If you, an unknown fan, like bands like Asking Alexandria then this band seems right up your alley way. Some of their songs are good songs to just dance to and listen. But some their other songs have heavy breakdowns that want to make someone mosh throughout the entire song. From their albums, the band has been fighting to the top for quite some time, and the band has done covers to songs. Their most recent cover was "Can't Stop the Feeling" by Justin Timberlake. Some songs that are mellow are songs like "The Hunter and the Lion," "No Matter What," and "Reflections." Meanwhile, other songs have a heavy breakdown like "Whorepedo," "Slave," "Promises," and "A New Hope." The band's music has been well played out to be an all around band in the rock, alternative and metal category. Let's see what their music will produce in 2017 and, hopefully, they release a new EP this year too.

The year was 2016 and I decided to go to the Drop the Gloves tour headlined with Miss May I and Blessthefall in New York City. When I walked by their table, Spencer had no hesitation to introduce himself to me and handed me a lot of stickers and cards, which think I still have crap load of them somewhere in my bedroom. But with them the first band up, I listened to them and kind of instantly liked their music and the guys as well. I bought at least $30-$40 dollars in merchandise from a t-shirt to their album "Believe" and poster as well, which I need to get a new poster next time guys. Since that night, the guys all of them Spencer, Jereme, Armando, Angelo, and Nikhil became best friends and I have been able to promote them for them before via Facebook. Even their new member Micha (still have to meet Zac), I am already best friends with him as well. The last time I saw these guys was in the summertime of 2016 when they were on tour with Versus and Premonitions in NJ, I went all out as promoting the guys by giving out cards and stickers before their set which was at 8 p.m. Also that night, the guys let me hang out with them on the side stage with them and it was a lot of fun to be on the side stage with them. The last time I saw them, also, I was kind of being their stage manager by rounding up the members (thanks, Armando) and listening to their sound check. Since knowing these guys for almost a year now, they have been like my best friends and family in Michigan. Also, yes they are a part of the 20 to 30 bands that I know personally and call them my family.

This concludes this installment of Who Are? If you have a chance to meet them, they are the nicest guys possible and if you friend request them on Facebook, most likely they will accept your friend request. I hope the best for them in 2017, and maybe a record label will sign these guys because the band deserves the recognition of being in a record label for their 3 years of hard work and dedication. These are the links to the bands Facebook page and the bands Street Team: