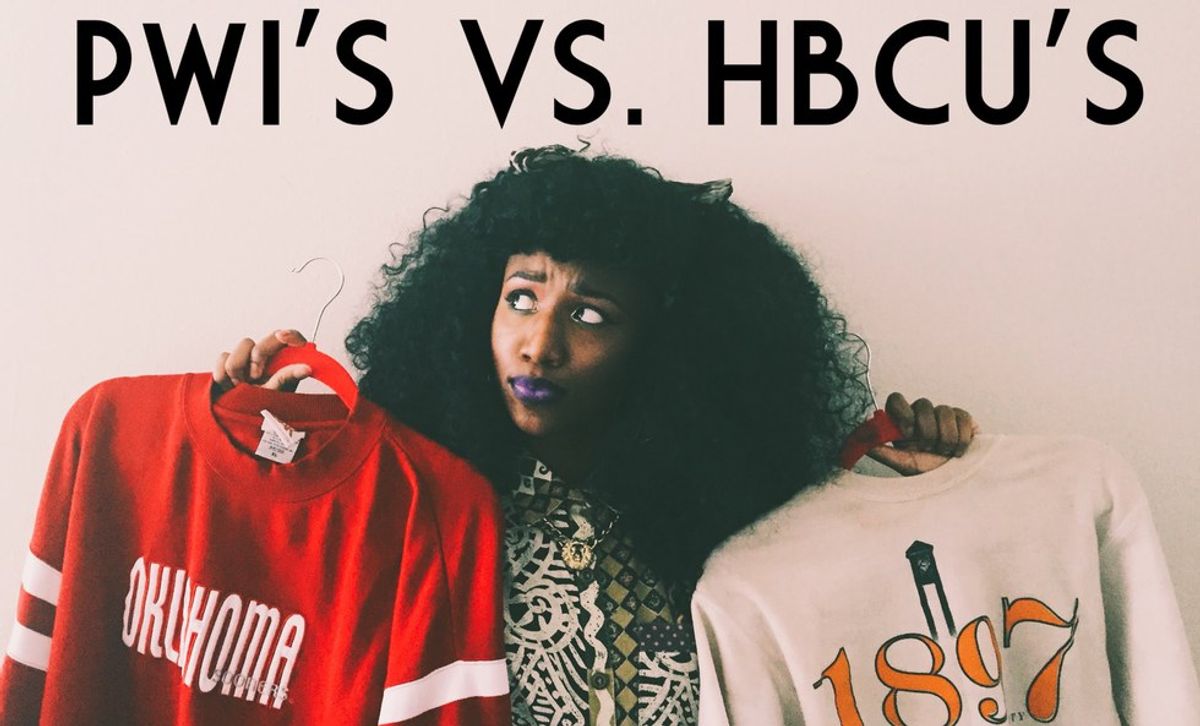 When a person learns about Historically Black Colleges and Universities, that person usually automatically assumes that that institution is strictly a Black one. HBCUs were officially created in 1965 when segregation was still a tragic issue in America. African Americans were not allowed to attend college institutions with White students. African Americans wanted a place where they could further their education. Thus HBCUs were created. However, today more Caucasian students who are attending HBCUs now than in the past. Everybody is welcomed at a black institution, no one will be turned away because of ethnicity. However, the question about their attendance at a school that is tailored for minority students persists.

How is campus life for white students? Are they treated differently? What are the characteristics of a student who choose to attend an HBCU? Is it because of a scholarship? Maybe it is because they want to be educated in a minority setting.

Nevertheless the question about why white people attend HBCUs is a controversial one.

The choices of college for Black students today are far much greater than it was back in the 1960s and the 1970s. Back then, HBCUs were the only option. Now Black students can attend any college they please. White students have always had the option to go to any school. The road to find a higher education was much easier than it was for black students. Conrad, Brier, and Braxton (1997) discovered that white students who attended HBCUs were there because they believed the school was cost effective as well as easier than a PWI. The contributing factors of white students enrolling into black colleges are the lower school tuitions and low admission standards such as SAT and ACT score as well as grade point average. Many white students are at HBCUs because of scholarships as well. These scholarships are typically sports and for academics. At Winston-Salem State University, for example, Caucasian students typically would choose to come here because of the nursing and education program. Some people who have chosen an HBCU as their college of choice because they have no idea what an HBCU is. Gasman (2013) explained that White enrollment at all HBCUs has been about ten to thirteen percent over the past twenty years. However, these percentages were based on students who were graduate students and who were at two year institutions. The data for four year HBCUs revealed a lower participation from White students. Eighty percent of total enrollment were Black while seven percent were White enrollment. The other 4% were considered unknown.

The mission of Black colleges and universities has been to educate Blacks students and provide them a higher education (Freeman & Thomas, 2002; Whiting, 1991). Some Black colleges would attempt to incorporate White involvement with the students as well as faculty members (Foster, Guyden & Miller, 1999). Ever since the 1964 Civil Rights Act, there has been an increase in White participation at historically Black colleges and universities. Hall & Closson, (2005) stated that most of the participation has been at public institutions as a result of state and federal government mandates. Many desegregation court decisions such as Brown v. the Board of Education (1954), Adams v. Richardson (1972), and United States v. Fordice (1992) charged public colleges and universities, mainly in the south, to dismantle segregated and grossly unequal systems of higher education. Hunter & Donahoo (2004) noted that because of these particular legislative mandates, it was forced that predominantly White institutions open up their doors to Black students, faculty, staff, and administrators who in the past had previously been denied access to these institutions. Now the percentage of White students enrolling at Black colleges are steadily increasing as the years go by.

African American students have way more choices today in the colleges and universities in which they are able to attend. Because of this fact, it is important to better understand the characteristics of those choosing to attend HBCUs. Freeman (2002) explores that African Americans who choose HBCUs are less prepared academically and therefore have fewer options. This research explores this assumption. Knowing more about the characteristics of students who choose to attend HBCUs is also useful to admissions officers at HBCUs. Some HBCUs have a goal of increasing their enrollments (Benavides, 1996), and HBCUs are trying to find ways to appeal to the top African American high school graduates to their college. To better understand the reason at different higher education institutions, it is helpful to understand how students made the selection in the first place. Academic and social integration are more easily achieved if students are committed to the higher education institution they selected to attend. Thus the reason why an African American student as well as a White student would choose an HBCU.

Campus life at HBCUs for White students are different than Black students. Transitioning from being the majority to be a minority can be a culture shock for most White students. Black people are used to being the minority and are used to being faced with discrimination. However, White students are not used to it. Erica, a student at Winston-Salem State University stated how people constantly ask her why she chose to attend an HBCU. She explained how she did not care that the school was an HBCU, she just liked the school and fell in love with the campus when she toured the school.

“I constantly get stares from people. I just want to be looked at as another student, not as the white girl at a black school,” Erica explained.

On the contrary another White student at Winston-Salem State, Alyssa, stated that she did not know what an HBCU was.

“I lived in Winston-Salem so I automatically knew that I was going to go to WSSU. I knew the school was majority black but I did not know what an HBCU was. I have friends and I love it here, but I can’t do the same thing as the other students do because it may be perceived as racist,” Alyssa stated.

Another white male student stated that he came to an HBCU because he grew up in a predominantly black neighborhood and went to a predominantly black school. “It only seemed natural that I would come to a black college. I feel accepted here and I love black women, so that was definitely a plus. I don’t get looked at differently here, people actually like the fact that I am here. I am worshipped in a way. Girls love it and the guys treat me like I am one of them. I have not experienced any kind of prejudice while being here, only praise.”

Outcalt (2002) noted that White male students at Black colleges do not receive as much discrimination. White female students receive more predjudice from Black students, particularly black female students. Many believe that they are only here for the black men on campus. An African American female student stated, “I don’t like that they are here. I know that sounds bad and that I am being racist but I just don’t get it. Why would white people want to be here? Most of the time they try to ‘act black’ which really annoys me because they are trying so hard to be accepted when at the end of the day they’re just being stereotypical and offensive.” Many Black students had similar comments about white students at HBCUs. This controversy proposes the question of the white student presence at HBCUs. Is attending a Black college a joke or a conversational topic that will be joked about later on down in life? Based on the interviews, it can be determined that some of the White students equate attending an HBCU the equivalent of spending a summer in Kenya. This makes one believe that the white persons who applies and then attend an all-black-university the equivalent of a social experiment. Participating as the role of being a minority may help better understand the ongoing daily struggle of actually being a minority.

In the past, White students would attend historically Black colleges because it worked financially for them or they believed that the schools were easier than traditional white institutions. Based on the numerous researches and interviews, White students choose to attend HBCUs as an experiment more so than for an education. They would say that it is interesting being white in a non-white environment, which leads to the question, is being white a talent? The fact that White students want to attend Black colleges just “to see the other side” sounds more like a project than a legitimate reason for wanting to attend a school for a high education. The White students that attend HBCUs become part of a world that is bound in which they may be judged because they are the minority. College, whether it is an HBCU or a PWI, are learning institutions and choosing to go to a school in order to see what life is like, continues to leaves the controversy about White students at historically Black colleges and universities.