This Is 'The Office' Character You Are, Based On The Zodiac

This Is 'The Office' Character You Are Based On Your Zodiac Sign, So You Can Find The Jim To Your Pam

Yes, one of them is Creed. 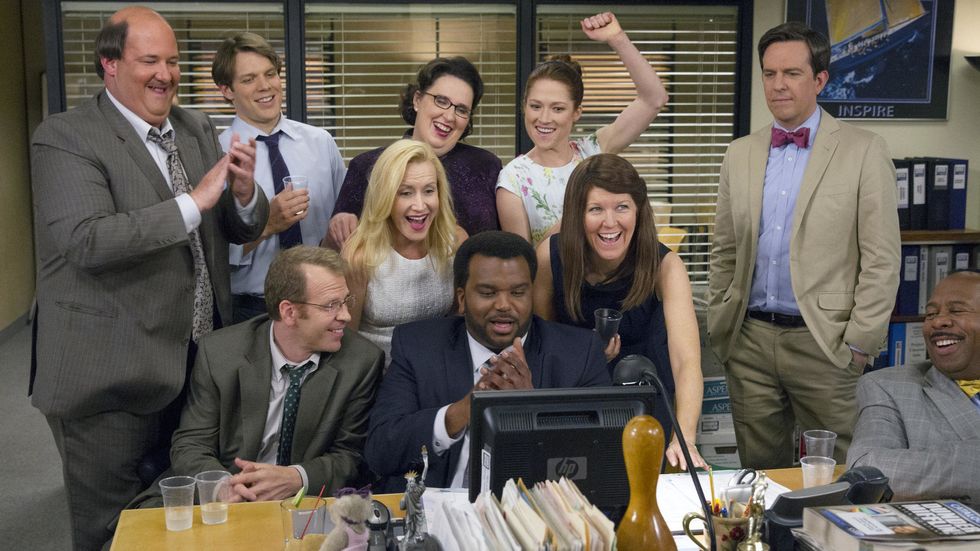 I remember watching "The Office" when new episodes were coming out weekly while I was in high school. The day after a new episode came out, my friends and I would count down the minutes to lunch when we could recount the episode and discuss our favorite scenes.

One of our favorite things to do was point out who in our friend group embodied each character from the show — relatable in their own weird, hilarious, and sometimes even terrifying ways.

Now, my younger cousins rewatch the show on streaming platforms, making jokes from it, and referencing it in casual conversation. One of the first of its documentary-style kind, the show continues to resonate with us for its timeless characters and hilarious storylines.

In the world of "The Office," here's who the universe would say you resemble most.

You may not like to joke around a lot, but you have a serious soft spot and sensitivity for the people you love most. The same way Dwight would make Angela smile (secretly), there are few people in this world who you really care about, and it would devastate you if they ever hurt you.

You're extremely loyal to the people in your life, like Erin was to Andy — you'll do anything for the ones you love. Your inability to budge is, of course, also what can make you a bit stubborn at times, too.

You love to talk, but you also have an incredibly rich and deeply loving side of you which you rarely let people in to see. The most special people in your life see more than the hilarious social butterfly you are on the outside.

You're a homebody, so like our change-averse Kevin, you dislike movement. But you're emotional, too — if anyone makes fun of you for your weight, for example, you'll take it to heart, with reason.

You're not everyone's cup of tea, but the people who do like you love your need to be at the center of attention. You drive others absolutely mad with your obsessive need to show off, but for the people in your life who really stick it out in the long-term, you really end up rubbing off on them (for better or worse).

Jim is one of the few people on the cast who is actually focused on the progress of the company, and we attribute that to your hard-working nature, Virgo. But don't get us wrong, you can be creative — even if it is just to prank your arch-nemesis. But what makes us love our favorite Virgo most is his patience, for his career and for the love of his life.

You, like our beloved Pam, are extremely organized — it's often you who keeps large groups coherent and put together. You pretty much stay silent till it's time to stand up for any injustices. In that case, you're the first person to speak up against inequality.

You're incredibly passionate about your work, though your somewhat secretive nature makes it so that nobody really knows much about you (not that they'd care, anyway). You may be resentful of people who have crossed you, but nobody knows it because of your quiet, reserved nature.

Admit it, Capricorn, you can be a bit pessimistic at times, in the way Ryan doesn't believe in love. But, you're also incredibly ambitious. You won't stop at anything — even taking your long-time boss' job.

You're incredibly independent — the kind of person who instead of sticking around the office to hang out, will leave the second the clock hits 5 p.m. For the people you love, you're incredibly giving, as Stanley was to his family.

Say what people will about your fantasies and storytelling, but you're quite possibly one of the greatest friends anyone could be lucky enough to call their own. Despite a life that may be filled with disappointment when reality doesn't match your high expectations, you're a relentless daydreamer, and we love you for it.

All images courtesy of NBC.