The 'Friends' Character You Are, According To Your Zodiac Sign

This Is The 'Friends' Character You Are, According To Your Zodiac Sign

Yes, one of them is Gunther. 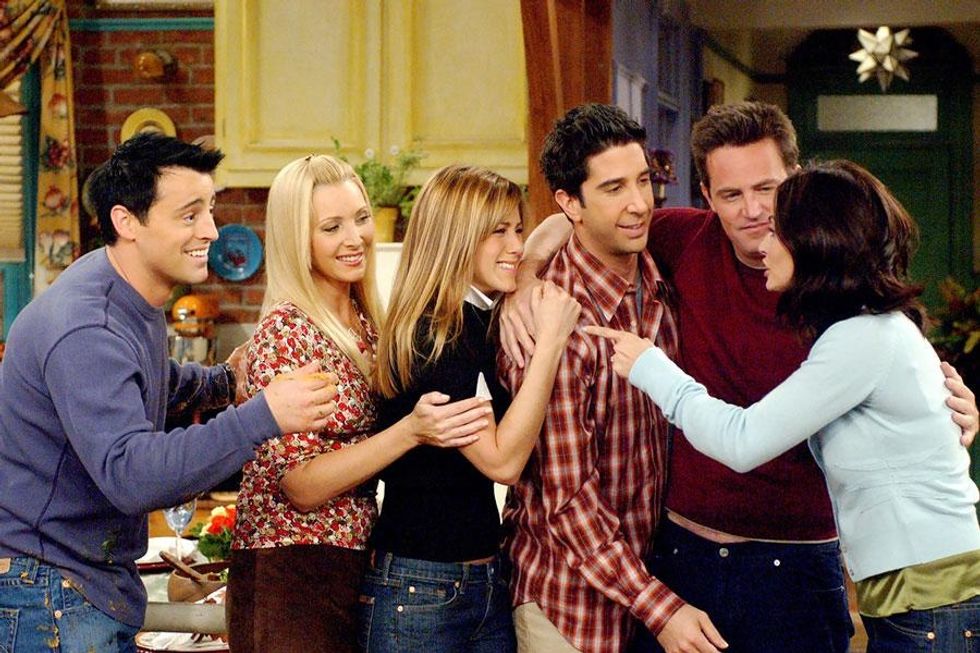 I, like many others in their late 20s, have two distinct phases of life through which I remember watching "Friends." One, during which the show was actually live and coming out with new episodes on a weekly basis, and the other which was spent rewatching the series time and time again.

Though I never rewatched it as much as some of my devoted friends and family members who memorized the series line by line, I'll never walk away when I stumble in to my sister's room while she has it on. It's the classic "have it on in the background while you're doing something else" television show, and I suspect this will be the case for generations to come.

What seems to bring people back to the show is its uncanny way of being both relatable and aspirational. Yes, Rachel may have the job at Calvin Klein most girls can only ever dream of, but she's also a terrible cook and loves to gossip, just like the majority of us. Every friend group has their Chandler or Phoebe, and loves to point it out, which is what makes the astrological alignment of all these characters to our lives even more fun.

You're not in to frills or nonsense (Joey doesn't share food), but you're also extremely sensitive, and those are the moments we live for with you.

You may get called boring, and people love to make fun of how stubborn you are. But when push comes to shove, you're always the one we know we can rely on for your undying sense of loyalty.

You're one of the most misunderstood signs in the zodiac. People find you to be super loud, outgoing, and social — you can talk to pretty much anyone. But you're also extremely deep and emotional. Once people see that side of you, they hold a huge soft spot for you.

You're kind of a homebody and don't enjoy moving far out of your comfort zone. It's hard for people to lift you out of your pessimism, but it's only because you like to be realistic. And, once you fall for someone, you're undyingly loyal — even if the love is unreciprocated.

You are extremely confident, which is why you're everyone's go-to for a good time. You love to show off and be the center of attention, but the people who really stick around know you're the most loyal friend.

You're an over-thinker, and that's exactly what gets you in to (hilarious) trouble, often with your friends who find you to be the most reliable of the group. You'll go out of your way to do basically anything for a friend, and you're also patient enough to handle some of the craziest, most neurotic people

Your charm lures people in, but it's your extreme passion for equality and social justice that makes us stick around.

We admire your undying passion, even though it can occasionally mean you can over-do it on certain things like food, cleaning, or organization. But you also have a darker side to you that can get angry and resentful, but that's also the side of you we find most intriguing.

You're super restless, and never fail to find adventure in life. Travel and adventure are in your bold — as annoying as it may get at times.

You're the focal point of most people's envy for your undying ambition and sense of discipline. But, it's hard to get close to you. On occasion, you can be stoic, hard to read, and though you yourself are sensitive, you tend to be a realist when it comes to giving friends advice.

The idealist in you makes you an incredible storyteller, and your sense of optimism is what draws people to you. On a deeper level, you're philanthropic, incredibly giving, and probably one of the most easy-going people in your friend group.

As Chandler's alluring, albeit problematic, mother, you're a daydreamer: always living in your thoughts as one of the most creative people everyone knows. You're everyone's friend to go to when they're feeling emotional or need a shoulder to cry on, because you're equally as emotional and empathetic.

All images supplied by NBC.