When Your Hero Isn't Looking Too Heroic Right Now
Odyssey

When Your Hero Isn't Looking Too Heroic Right Now

How I'm struggling with the Johnny Depp domestic abuse accusations 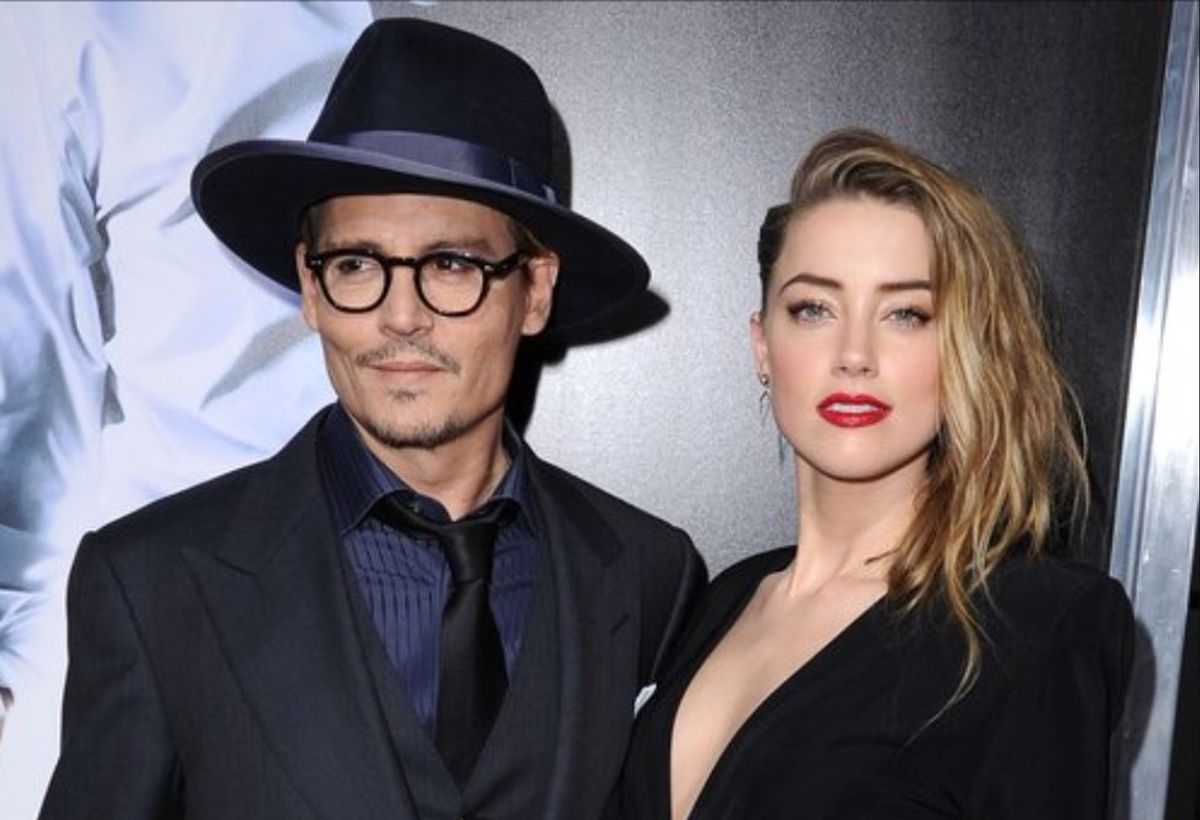 Back in Fall 2015, I registered for The Films of Tim Burton online summer course at my university. I love Burton's films and I am a huge fan of Johnny Depp. When I realized that I could get financial aid to pay for the course and I could get the three credits to satisfy my creative arts and cultures requirement all from watching and writing about the films I already love watching, I was like, "Yes! Jackpot!" Someone was actually going to pay for and give me course credits to sit at home, write about, and watch some of my favorite films by my favorite director including my favorite actor? What could go wrong? Who could ask for more? I couldn't be more excited at the time to sign up for he course. Fast forward to Summer 2016, Johnny Depp is under accusation for domestic abuse against his wife, Amber Heard... I'm not as excited to watch his films anymore.

I know Johnny Depp is "just a celebrity." He's not related to me. He's not my friend. We don't know each other. We've never even met. But he always came off as this dark, yet kind and creative soul who I identified with. I was the "weird" kid. He made me feel like it was okay to be myself. Depp and Burton made me feel like I wasn't the only one. Like I didn't have to fit in and follow the status quo. Together, they inspired me to write and act. One of my goals was to somehow find a way to work with them one day. Now, I'm not so sure.

As a fan and someone who was so inspired by Depp, I know that I should be calling bull. I should be talking about all the times he dressed up as Captain Jack Sparrow and went to children's hospitals to brighten their day. I should be talking about his contributions to society. I should be listing all the quotes of everyone who came out and vouched for him as being a nice guy. It's expected. But, if Mr. Depp and Mr. Burton have taught me anything, it's to go with what you feel and what you believe, not necessarily what is expected or what he crowd says you should do. So with that being said:

I can't defend him right now. Domestic Abuse is wrong. It's just flat out wrong. Though I would love to believe that Ms. Heard is "faking it" or trying to get back at him, as some may have suggested, I can't. I don't know him. I don't know her. The only two who know what actually happened is them. But when someone comes out and says that they have been abused, we can't take that lightly (regardless of their gender or celebrity status) and we can't give anyone a pass because they're famous. It's hard looking at the photos of Heard after the abuse. It's also hard for me to watch his films knowing that he might not be the man who I thought he was and he may have actually caused someone mental, physical and emotional damage—especially to the point where he now has a restraining order against him.

I've been thinking about the Bill Cosby rape charges. I was never a fan of Cosby, I've always disliked his work from The Cosby show to his movies to his comedy specials, but he was a beloved household figure for decades. That must've been hard for people to see their favorite TV dad come under fire for drugging and raping women. Not only was he accused of just being a rapist, but with that amount of women coming forward, that would've made Cosby a serial rapist.

Some people were hurt. They couldn't watch his work because they felt lied to. No one wanted to believe that Dr. Heathcliff Huxtable is a serial rapist. Other people couldn't stand the view of childhood hero being tainted so they said horrible things about the women who came forward. They were called liars and attention seekers.

I constantly talked about separating the art from the artist during the Cosby scandals. However, I can't seem to do that now for Depp. I don't like the fact that I may have let a domestic abuser inspire me for all these years and I'm having a difficult time watching his films now.

Should I say that if he is in fact a domestic abuser, then it's just a small fact about him and I shouldn't let that effect me? I can't do that. That doesn't feel right. Should I say that what he may have done, he didn't do to me so I should just let it go? I can't do that either. I don't think that I need to say, "domestic abuse is bad," but it is.

Should I say that I hope that Amber Heard is just lying? Should I say that I hope this is all a misunderstanding or an accident? Should I say that I hope the photos of her after the abuse are fake or have been altered? Should I say that divorces can be really messy and can get super ugly and sometimes people fight dirty (both literally and figuratively) during them? Should I? Because I don't fully agree or feel totally comfortable with any of those statements. I don't know how to deal with it when someone I've looked up to for so long is under fire for such serious accusations. I wish there was a guide on how to do so, but there isn't. I can't say that being nice to dying kids, making inspiring movies, and being a cool guy doesn't mean you don't have the capability to be a domestic abuser. I don't know what he's capable of. I don't know him. As someone who was once in a toxic relationship, I'm struggling with how to feel at this point. I'm very thankful for the person Depp and Burton's art led me to become, but I just don't know and may never know the truth.