When Light Skin was In
Odyssey

When Light Skin was In 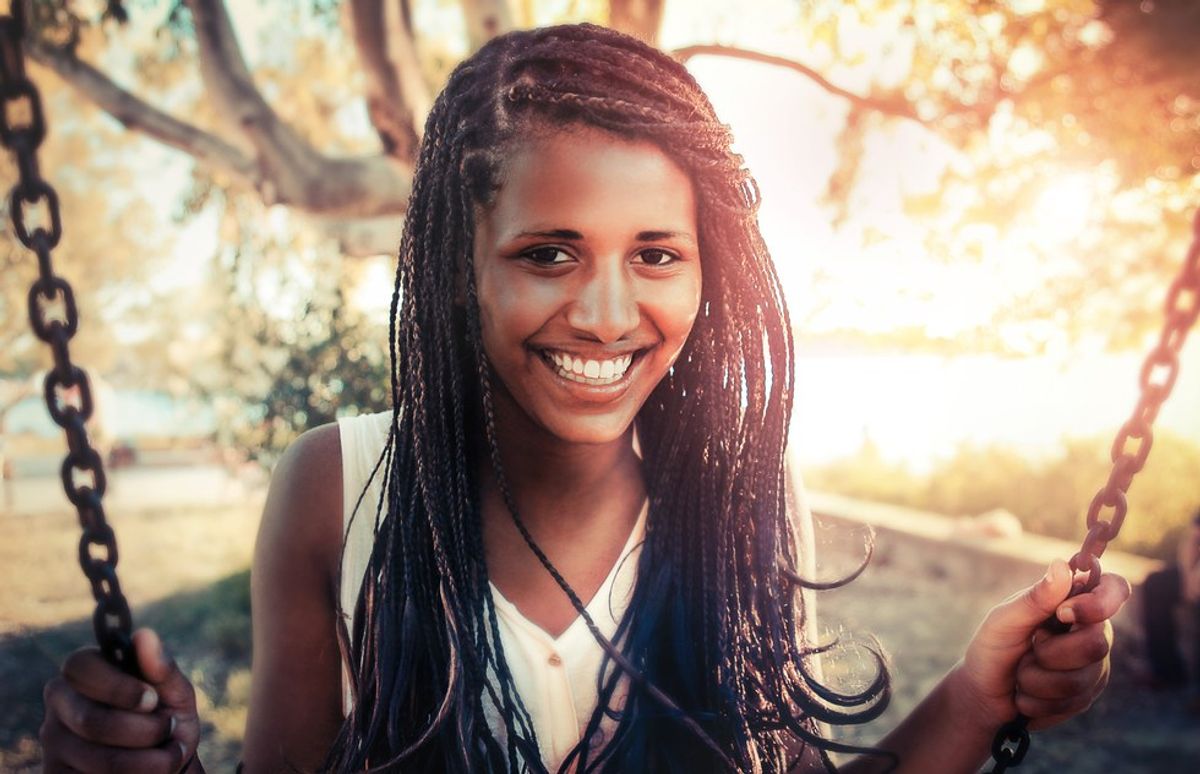 Growing up, I never got teased or made fun of. Because I’m of a caramel complexion, I was close enough to be considered light skin and I had long permed hair.I thought this was how I was supposed to look. I was only beautiful if I was “yellow” and had straight hair.

In middle school all the light skin girls had boyfriends. They were asked to prom. They were on every boy’s “M.A.S.H.” list. Oh and when they went around and rated the girls in the classroom, you would never catch a dark skin girl on the top of the list, or curly haired girls either. Cause darker skin girls would never be considered “beautiful”. Instead they were called “blacky”, “midnight”, “crusty”. And girls without perms? Oh they got it the worst. “nappy head” “girl comb those peas” “your mother don’t love you if she let you out the house like that”. Hearing these comments, it was no wonder I never bothered to wait even a week for a perm once I saw a hint of new growth on my head, or why in the summertime I tried so hard to duck the sun because being in it a minute to long might make me too dark.

At the age of nine, this did not seem like a problem to me. I did not realize I was a participant of internalized racism at its finest. I saw the damage it did to my darker skinned friends,who cried everyday after school, hating their appearance because they measured it on a scale of other’s opinions. I saw how hard the only natural haired girl in the class tried to grease and brush her curls, to get her hair as straight as possible.

I was a participant in internalized racism long before I knew the meaning. I was not even aware of this because those around me were too, so it appeared to be the norm. Now that I look back on old yearbooks and I am reminded of these moments growing up, I feel complete and utter shame. What is worse? The fact that young boys were taught that only certain complexions and hair types defied a girl’s beauty or that young girls were taught that they were only beautiful if they had straight hair and were light skinned.

I remember watching a CNN video, where a young girl was placed in front of several dolls of different complexions and asked “which doll is the ugliest?”. She immediately pointed to the darkest doll. It was more unfortunate because the little girl was of a darker complexion herself. So at such a young age, a child is accepting that her skin was ugly because it is darker than others.

Some people argue that this idea of internalized racism begins in the home. Others blame it on the media. And most say that it is the individual, “once you know better you do better.” I am not at liberty to say at what point a person partakes in internalized racism.At what age or point they hate their skin complexion, or dislike their hair type, or begin to hate their culture.

I know however, that we can break the cycle. Starting with ourselves. Everyone knows of the talk “the birds and the bees”, another name for the sex talk, which is considered a child’s right of passage into the world of sex. While this name has changed overtime, the concept never did and I rarely meet a person who did not get this talk at some point in their lives. Whether a person gets the talk from their parents or not, the Board of Ed for most public schools prompt health teachers to have it in their curriculum even as young as 6th grade.

We NEED to have a similar talk like this that is centered around skin color. Just as we are taught to have safe sex, care for our bodies because it is our only one, and the benefits of safe sex and the disadvantages of not being careful, we should have a talk that is given to every child at a young age to love their skin, love their natural attributes, and love the skin they’re in because it cannot be changed. In addition to being given in the home, this talk should also be infiltrated into the school systems, such as the birds and the bees talk so that children everywhere hear it at least once.

This is not guaranteed to change the issue, but will defiantly teach a new generation to embrace the skin they are in, no matter the shade. It will start a new level of self love that is needed in our community. And it will help those “dark skin, nappy haired girls”, to embrace who they are regardless of the opinions of others. Hopefully years from now, the study of the doll would be done again and a different little girl would answer the question, “None of these dolls are ugly, they are all beautiful in their own way.”
Report this Content
This article has not been reviewed by Odyssey HQ and solely reflects the ideas and opinions of the creator.

Caitlin Marie Grimes
University of South Florida
8981
Beyond The States