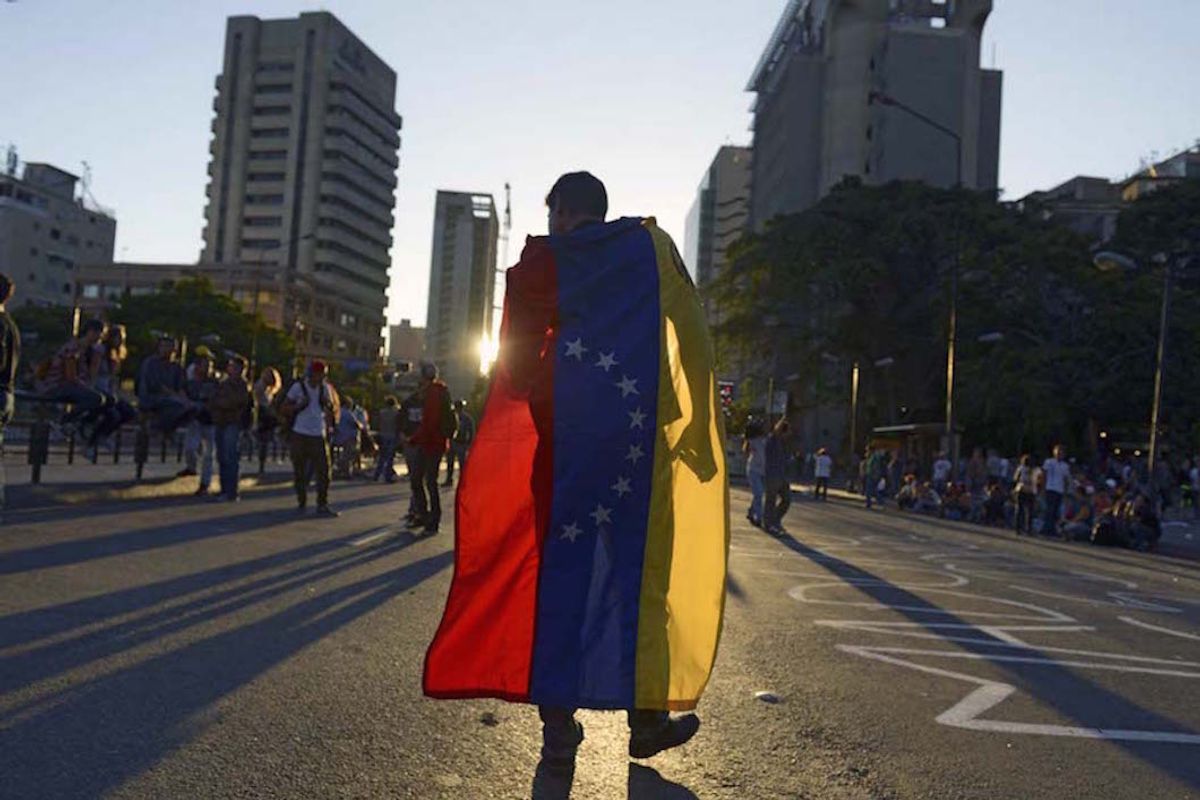 Venezuela is a beautiful country. From Angel Falls to Los Roques, Venezuela's natural beauty is something out of a fairytale. However, their current situation is something out of a dystopian novel. The overall situation in Venezuela is complicated to say the least and the US should really be paying attention to what is going on and raising awareness for those suffering in Venezuela. Disclaimer: I am in no way, shape, or form and expert on this issue. I do, however, practically live in a home in Ecuador with 4 Venezuelans and have about 10 friends who are Venezuelan. There was an "exodus" of Venezuelans to other countries starting around July 2016 to countries like Ecuador, the United States, Colombia, and other South and Central American countries. This is due to many factors, but the main issue is inflation.

To understand the current issues in Venezuela, we must start with the rise of Hugo Chavez. In 1999, Hugo Chavez became president. Chavez creates a new constitution that was voted on my the Venezuelan people and this constitution changed the term for president from 5 to 6 years in office. Riots happen, he is arrested and a new guy take office. Protesters demand the return of Chavez and he is released. Now Chavez goes power crazy. He fires people who strike against him and announces that he plans to move the country in a socialist direction. The president often claimed that the "rich are lazy", but then moved $4.2 billion dollars to an offshore bank account for his daughters.

Basically, Chavez spent the entire country's surplus and now Venezuela is broke. The inflation rate in Venezuela is unbelievable, and continues to rise everyday. As of April 24, 2017 it takes 4,700 Bolivares (Venezuelan currency) to make $1. The minimum wage is equivalent to $20 per MONTH. People wait hours in line for the grocery store where they have no idea what they will find inside for food. It costs less to use the 100 Bolivares bill as toilet paper than to actually buy toilet paper. People cannot afford to start their own companies or invest in things to sell because no one has to the money to buy anything. To make matters worse, Venezuela's finance minister does not believe in inflation, so he did the one thing you are not supposed to do during a time of inflation; he printed more money.

So what's happening right now? Why are people protesting in Venezuela? Well, the successor to Chavez, Nicolás Maduro, is also a lunatic. The Venezuelan government only has one branch that is opposed to Maduro and his minions, the National Assembly. In March, the Supreme Court stripped the National Assembly of its political power. Venezuelans did not like that. They started protesting and calling the decision a coup as well as accusing Maduro of heading toward a tyrannical government. When they saw the uproar it caused, the Supreme Court said "oops, JK" and took back their decision, but it was too late. The people continue calling for Maduro's resignation. On top of all this, Maduro also forbid his opponent, Henrique Capriles, from political action for the next 15 year. This only pissed off the Venezuelans more. On April 19th, there was a protest which Venezuelans call "the Mother of all Marches" where thousands of Venezuelans marched and demanded Maduro's resignation. As of now, neither side is backing down.

Please share this article to raise awareness for those suffering in Venezuela; for those starving and dying due to a government that couldn't care less about it's people.

Nicole Marie Nigro
Individual Creator
9290
c1.staticflickr.com
Where to start...... Let me start with the cliche that life throws us curveballs and what we do with it is what counts.