What Should I Watch Next?

What Should I Watch Next? 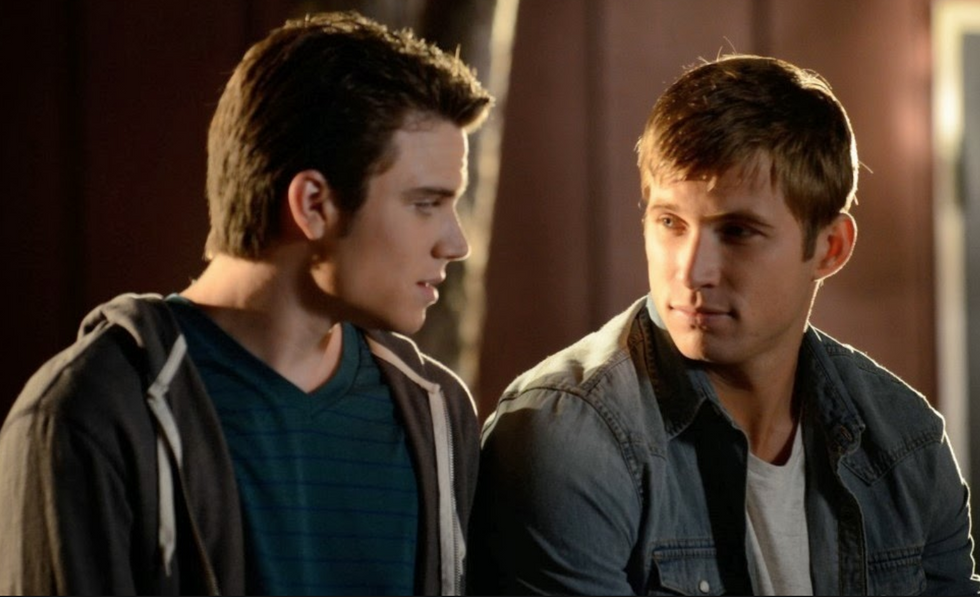 If there is any time where you feel like you've run out of movies to watch in your spare time, here's a banger for you!

As cliche as it sounds, a secretly stolen kiss leads to a broken heart when the secret crush blanks his crush in the cafeteria the next day. It's a teen movie moment as old as the genre itself.

Here's the thing, this totally compassionate scenario is between two guys.

Geography Club follows a group of peculiar, disparate group of gay, lesbian, and questioning teens at Goodkind High School. Too anxious to come out to the public and risk lampoon from the cadre of bullies, they're trying to figure things out by meeting in a classroom after school, using the alias of Geography Club.

The bland name is the perfect cover, reasons Min (Ally Maki) who is somewhat struggling to convince or sort-of girlfriend Terese (Nikki Blonsky) to come out and admit that they are in a relationship. Some seek answers, others reassurance, while flamboyant Ike (Alex Newell) provides comic relief as a teen whose gay-straight ratio keeps changing depending on the circumstance.

Russell Middlebrook (Pitch Perfect's Cameron Deane Stewart) isn't sure where he fits in on the high school spectrum. He's crushing on football star Kevin (Justin Deeley), who may or may not share his feelings.

It's a pivotal moment onscreen when the two kiss one evening in the pouring rain at a camp for a field trip, a screen cliché to be sure, but not one we're used to seeing between two all-American teenage boys!

The sexual orientation-questioning kids of Goodkind High aren't alone, however. They have found each other, by accident or design. And Russell starts to feel hopeful when Kevin's dad (Scott Bakula) reveals himself to be gay positive in a surprising way.

Just as Russell thinks Kevin will never commit, he announces that he's managed to get Russell a spot on the football team, without the benefit of training or tryouts.

Plot holes like these and the overall Sweet Valley High sensibilities of the effort combine to make Geography Club lightweight fare, yet its heart is in the right place, even if it is a decently sappy one.

Occasional gruff language seems a deliberate move to add edge, but that can't compete with a script as predictable as this. The journey to the end of the movie is always enjoyable, though. First-time feature director Gary Entin doesn't ask much of his cast beyond puppy-like enthusiasm, which they deliver, sometimes to grating excess.

There's no question the time is more than right for a niche contemporary feature that blends romance, drama, and comedy while speaking to an underserved young audience. But they deserve more than whisper-thin Geography Club.