What Not To Say To A Female Engineer
Odyssey
CurrentlySwoonLifestyleHealth & WellnessStudent LifeContent InspirationEntertainmentPolitics and ActivismSportsAdulting
About usAdvertiseTermsPrivacyDMCAContact us
® 2023 ODYSSEY
Welcome back
Sign in to comment to your favorite stories, participate in your community and interact with your friends
or
LOG IN WITH FACEBOOK
No account? Create one
Start writing a post
Student Life

What Not To Say To A Female Engineer

How is it fair that we, as equally competent student engineers and scientists, are made to feel inferior to our male counterparts? 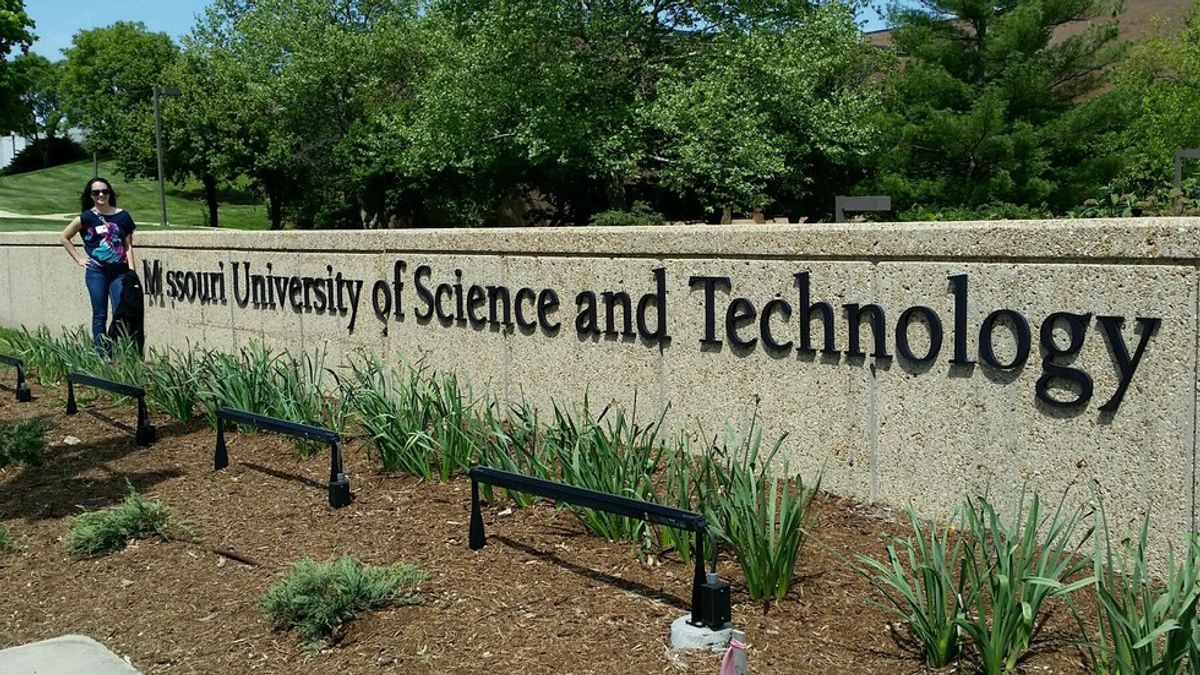 Next year, I’ll be going into my sophomore year at Missouri University of Science and Technology. The school has been an amazing fit for me, from the academics to the extracurriculars. I’ve found many different organizations where I can learn and grow, and I’ve made friends who help me get through my hardest days. But there are some difficulties that I’ve found while attending Missouri S&T to study engineering.

And it’s funny, because my female friends in other male dominant fields and colleges across the country have been in similar situations, and we all seem to agree on one thing: The hardest part is when we hear negative comments about being female in the engineering field. How is it fair that we, as equally competent student engineers and scientists, are made to feel inferior to our male counterparts?

Sometimes I walk into a classroom, and I’m the only girl. Honestly, this doesn’t usually phase me. The men in my classroom are just classmates, and we are all expected to learn the same materials for the same exams and projects. My field, computer engineering is a male-dominated field, so it makes sense that only a small percentage of CE majors are female. However, this also gives off the impression that since there are more men in the field, they must be better suited for it.

Without thinking, many of my male classmates have made comments that imply I am incapable of completing the task assigned to me. This wouldn’t bother me as much if they acted the same way towards the others in the class, but it seems to only happen when they work with women.

The problem comes not from the fact that our school is more male than female. Or even that my field is more male dominated. The issues appear when the men start to doubt, sometimes unknowingly or ignorantly, the abilities of women based solely on their gender.

If you want to avoid making any female engineers mad, here are some things you shouldn’t say:

2. You’ll always have an advantage (in the future job search) because you’re a girl

No, I’ll have an advantage because I work harder than you. If I receive a position over you, then I’m positive that I deserve it.

3. Do you want me to carry/lift that for you?

Actually, I work out daily and lift weights multiple times a week. Don’t doubt my ability to carry even the heaviest objects. Do you want me to carry that for you?

4. So you’re studying for your “MRS” degree?

You must be studying for your “MR” degree then. Oh, you aren't? Then my degree will be spelled the same way.

5. You can just paint the robot when we’re done.

Oh no, I’ll be helping every step of the way. I don’t want to paint the robot, I want to build it. I wouldn’t want you all to make a mistake.

Statistics show that presenting yourself in an attractive manner at an interview is favorable for both men and women. Being “pretty” has as much to do with being “handsome” - but you know what’s more important? Being smart and well-spoken.

We’re only a minority because people like you discourage us from becoming what we want to be. I will always encourage young women (and men) to pursue their passions, STEM or otherwise.

8. Don’t you have to take the hard math classes?

Do you think I’m not capable of doing math? My calculator has become a close friend of mine, and I’m always up for the challenge - how about you?

9. At least you'll meet your future husband at work!

I’m not going to work to meet my future husband. But… there’s always the chance I will. Two engineers - we’d be quite the power pair, wouldn’t we?

Is that supposed to be a compliment? What exactly does an engineer look like? Stereotypical male nerd with glasses?

11. You can take notes for our meeting, right?

Don’t ever assume that I’ll be the secretary, even if I have the best handwriting. I will be an active participant in the meeting, and I’ll take notes if I want to.

Nerd generally has a negative connotation, but I guess if you’re talking about being smart and working hard… then yes, I’m a nerd.

13. You only got the job because the interviewer was a guy.

No, I got the job because I’ve been studying to get good grades and actively participating in clubs and extracurriculars to boost my resume. I’ve also had countless practice interviews and read all of the interview tips online.

No, I’m capable of whatever you think you’re capable of. If you think I don’t know something, teach me - I want to learn as much as you do.

Well, I’m honestly not here to be pretty, I’m here to work.

16. Why would you choose a career that you’re just going to have to give up to have kids?

You're misunderstanding. I’ll choose whether or not to have children, and it won’t be based on my job.

17. So you’ll be making more money than your husband?

What’s the problem with that? Welcome to the 21st century.

THE VERY WORST is any sentence that ends in “for a girl”. If you feel the need to end the sentence in “for a girl”, you should probably check whether or not it’s a compliment. And speaking from experience, I highly doubt it'll be received as one. "For a girl" implies that you didn't believe women were capable of whatever it is that I'm doing.

The only way we can fix the negative reception that most female engineers receive is through checking the words they hear. Words can (and do) both build someone up and break them down in a single instant. We use words to communicate our thoughts, questions, and opinions. However, if your words are being used in a negative manner, or if they aren't meant to encourage or build someone up, then what's the point in saying them? Some of the things on this list may come off as teasing - but isn't that how all ignorance starts? It's difficult to always be careful of the phrasing and tone you may be using, but ignorance is never an excuse to be rude.

When I put my mind to it, I’m capable of anything. I’m capable of receiving the highest grade in the class, regardless of whether I’m the only girl in it. I’m capable of designing and building the robot, not just painting it. I'm capable of talking to many different interviewers and landing the most prestigious job.

I am capable of being a female engineer, and so is any other woman. Please don’t ever try to tell us that we aren’t.

Nicole Marie Nigro
Individual Creator
8595
c1.staticflickr.com
Where to start...... Let me start with the cliche that life throws us curveballs and what we do with it is what counts.