What It's Like To Be Biologically Programmed To Overthink Everything
Odyssey

What It's Like To Be Biologically Programmed To Overthink Everything

This article is a voice for those with anxiety, and an education for those unfamiliar with it. 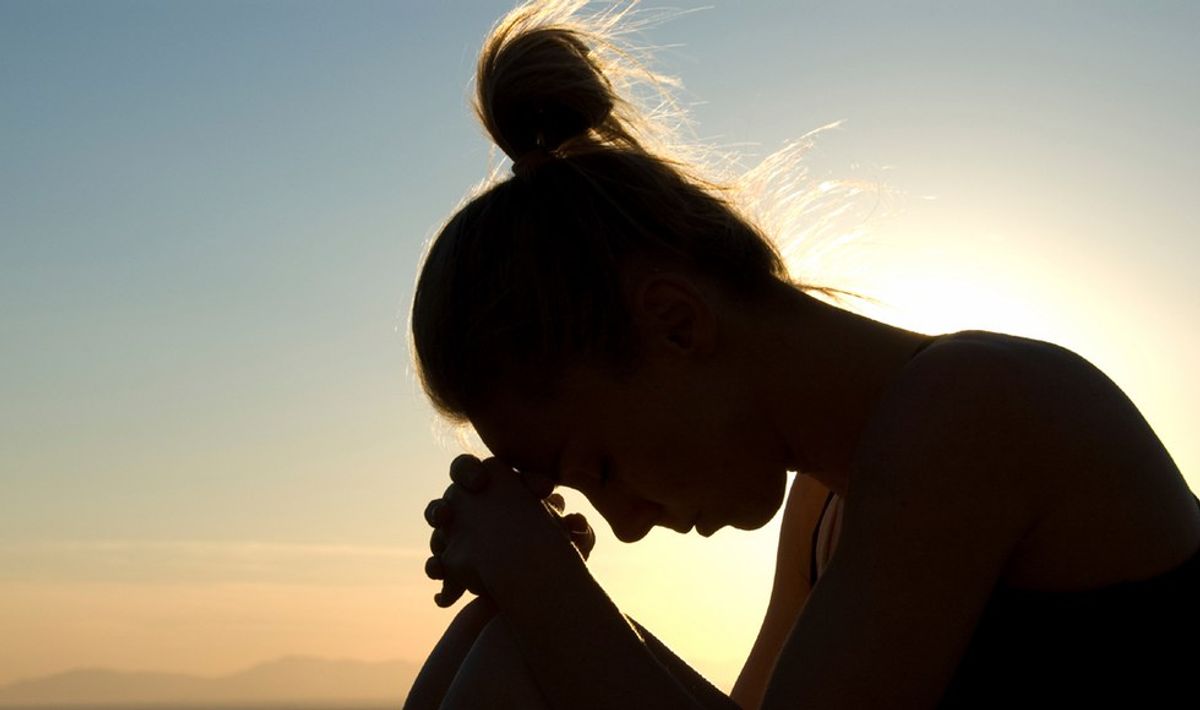 According to adaa.org, anxiety disorder affects over 3.3 million American adults, ages 18 and older in a given year. I count as one of the American adults in this statistic.

Though I've never publicly announced that I have anxiety disorder, I am now, because I want people to understand. I want to share some of the true confessions in which someone with anxiety is prone to. For me, the one that hits close to home is overthinking.

I find myself sabotaging relationships, thinking thoughts in which I can't help. For instance, when the guy I like can't hangout, instead of the common thought being, "That's okay, he's busy." My mind instead tells me "He doesn't like you, there's a reason why he doesn't want to hangout. It's over." I know this thought makes no sense and it has no basis for me to think this, but my mind won't allow me to think otherwise. Overthinking when you have anxiety is like a battle within yourself. You're fighting to convince yourself that what you're thinking is an overreaction, but then the little voice inside your head is trying to convince you that it's not, that this is the truth and you must accept it.

It truly is an awful experience. To know that just because of this little voice, you're ruining so much for yourself, and it isn't even your fault.

Another example. Since I was young I've always been attached to my mother. I use to sometimes spend days with my grandmother as my mom would run errands. Though I love my grandma more than anything, I would find myself missing my mom and would want to call her. I'd call the first time, she wouldn't pick up. I'd call again, no answer. Though I knew my mom was out running errands, probably not looking at her phone, I convinced myself that something horrible had happened. That there could have been a car accident, or that the grocery store was being held at gun point. I'd think any absurd and horrible idea that could come into my head. I would start to cry and I'd panic. My grandmother would try to comfort and reassure me, but nothing helped until I watched my mom walk through that door.

The sad thing is, I still find myself doing this today. Maybe not as frequently, but it happens. I worry about my loved ones to an extent greater than the norm. I strive to not panic in situations that don't call for it, but sometimes that voice inside of me won't let me.

It is hard dealing with this. Knowing that my overthinking could cost me a lot. But what could help is if people understand. Next time you see someone panicking about something that maybe seems like it's not worthy of being worried about, don't tell them they're being crazy and don't tell them to stop. Instead have them explain, listen to them and then calmly reassure them, instill positivity, because frankly that's all you can do. And if they can't accept that at the time, then just be there for them. Eventually, the overthinking may subside, we may put our worries to bed, at least until the next time.

For those of us with anxiety, overthinking seems to follow us all. It may come in different forms, but we all have experienced this. There's no going away of it, but there is a learning to cope with it. For me, it's writing out how I feel in the moment. It's taking a deep breathe and waiting till it passes. It's trying to convince myself that eventually I'll think more positive thoughts rather than negative ones. We all have different ways of dealing with this.

To everyone who is struggling with this, I'm here with you. It sucks, it really does. But we can't let it defeat us, as much as that little voice in our heads wants it to.

We need to learn to deal with it, and move forward. And we can hope that the ones we love will start to understand what we deal with, and that they can be there for us in the best way possible. This is my hope, for all of us.

The girl who overthinks everything.

Caitlin Marie Grimes
University of South Florida
908
Beyond The States