What Is The Iliad About?

A story about revenge, honor, and the horrors of war. 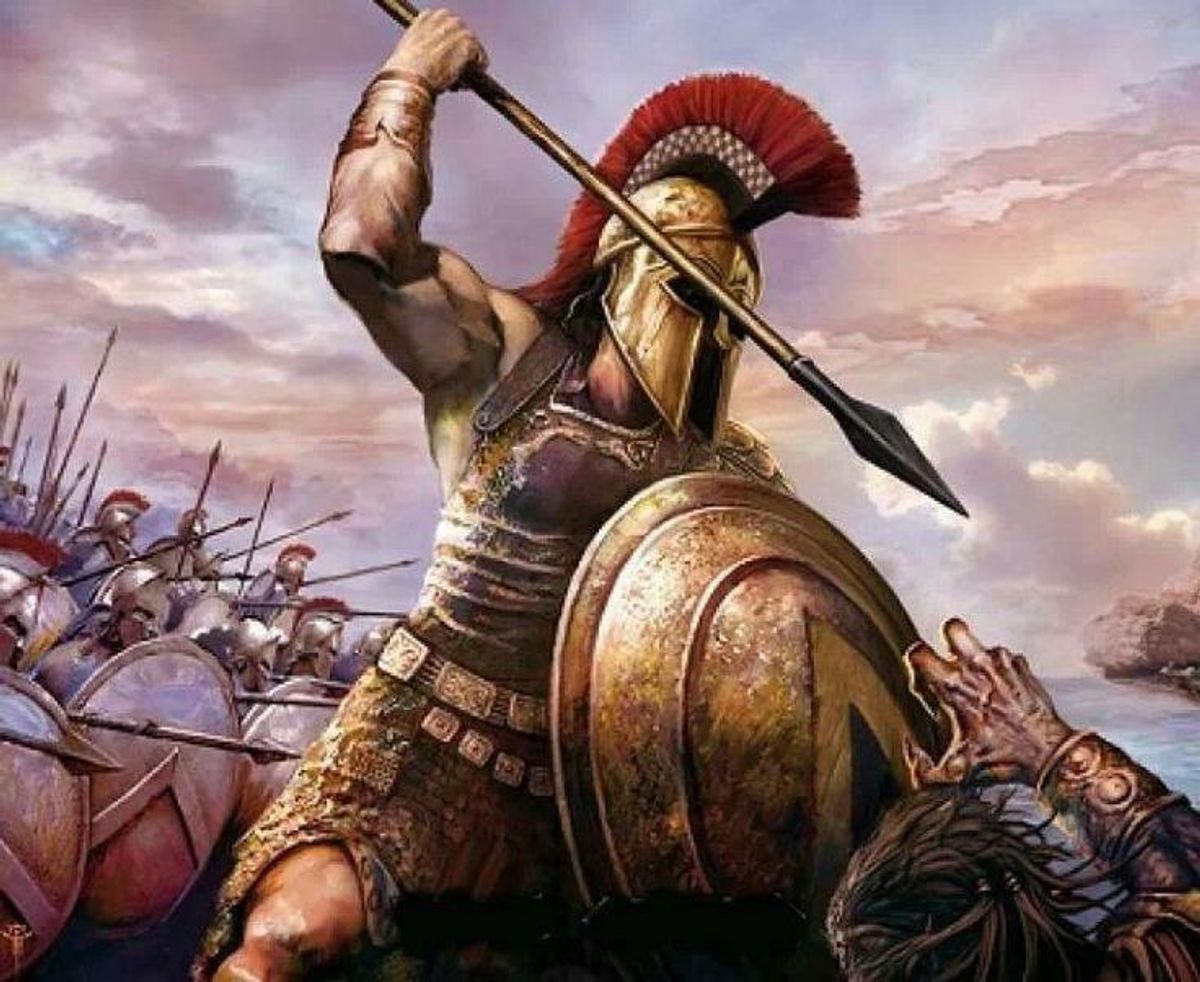 Revenge in The Iliad begins when Achilles quits fighting to get revenge on Agamemnon for taking away Briseus. Revenge is also most significant when Achilles vows to get revenge for the death of Patroclus, his best friend and brother in arms. Later on in the book, Achilles fights and kills Patroclus’ killer, Hector. Homer tells us that “as Hector charged at him, glorious Achilles drove his spear, and the point passed clean through his soft neck” (Homer book 22, line 326). Themes of revenge occurs many times throughout the book and even in other ancient Greek poems and stories. A great example can be found in The Theogony, a poem written by Hesiod that tells the story of how Cronos got revenge on his father Ouranos and how Zeus got revenge on his father Cronos.

With revenge comes forgiveness, and forgiveness is the final theme that can be found within The Iliad. After Achilles gets his revenge by killing Hector for killing Patroclus, it does not bring him peace. Achilles tries to make sacrifices to the gods and even drags Hectors dead body on a chariot, but it still does not bring him peace or take his pain away. In the final book of The Iliad, King Priam of Troy goes to Achilles hut at night and cries for his son’s body so he can bury him. In the book, King Priam says to Achilles, “have pity on me, remembering your own father; yet I am more worthy of your pity, for I have endured to do what no other mortal on earth has done: to raise to my mouth the hand of the man who killed my son” (Homer book 24, lines 503-506). Achilles pity’s King Priam since his is a father who lost his son because of him. Eventually, Achilles gives King Priam twelve days of peace so he can bury Hector’s body. When Achilles does this, it finally brings him peace. Achilles spent most of the book trying to get revenge against his enemy, he killed everyone who came into his sight, he did not show any mercy to anyone, and in the end, he finds forgiveness from his enemy.

The last thing The Iliad is about is the horrors of war. Homer’s book, The Iliad, can be seen as history’s first piece of antiwar propaganda because of the way it looks at war. Antiwar propaganda has been around for many years, but what makes The Iliad special is that it is arguably the oldest piece of antiwar propaganda. In the book, there are many moments were Homer tells the reader about the horrors and tragedy of the Trojan War. For example, there moments in The Iliad were a character will beg for their life and then is killed off during battle. One example from the book would be, “Tros, Alastor’s son- he had come up to grasp his knees, hoping that Achilles would take him prisoner and let him go alive, sparing him from death…he struck him in the liver with his sword,” (Homer book 20, lines 463-469). Homer shows the reader the darker side of human nature in war. Tros was begging for his life to Achilles, and instead of showing mercy, Achilles kills him. Bellow are more quotes from The Iliad that show how awful war is:

“He was standing on the stern of his deep-bellied ship, watching the grim toil of war and the miserable rout.” (Homer book 11, lines 600-601).

“Daughter of Zeus the aegis-wearer, look at this! Shall we two give up caring about the Danaans as they die?” (Homer book 8, lines 352-353).

The Iliad has become very historically significant. So significant that Alexander the Great would always sleep with a copy of The Iliad every night when he went to bed. The Iliad is also one of the oldest pieces of literature next to The Epic of Gilgamesh, and is taught in classrooms to this very day. Homer’s book is historically significant because it is also one of the oldest pieces of antiwar literature and propaganda. However, what makes The Iliad truly important is that many lessons can be learned from the book because in the end, The Iliad is its story of a man who is the greatest warrior that is driven by anger to get revenge, and in the end he finds peace when he learns forgiveness.