What Is More Important, Beauty Or Intelligence?
Odyssey
CurrentlySwoonLifestyleHealth & WellnessStudent LifeContent InspirationEntertainmentPolitics and ActivismSportsAdulting
About usAdvertiseTermsPrivacyDMCAContact us
® 2023 ODYSSEY
Welcome back
Sign in to comment to your favorite stories, participate in your community and interact with your friends
or
LOG IN WITH FACEBOOK
No account? Create one
Start writing a post
Health and Wellness

What Is More Important, Beauty Or Intelligence?

You can put on makeup to be beautiful, but if you are ugly on the inside, all you can do is eat it. -Audery Hepburn 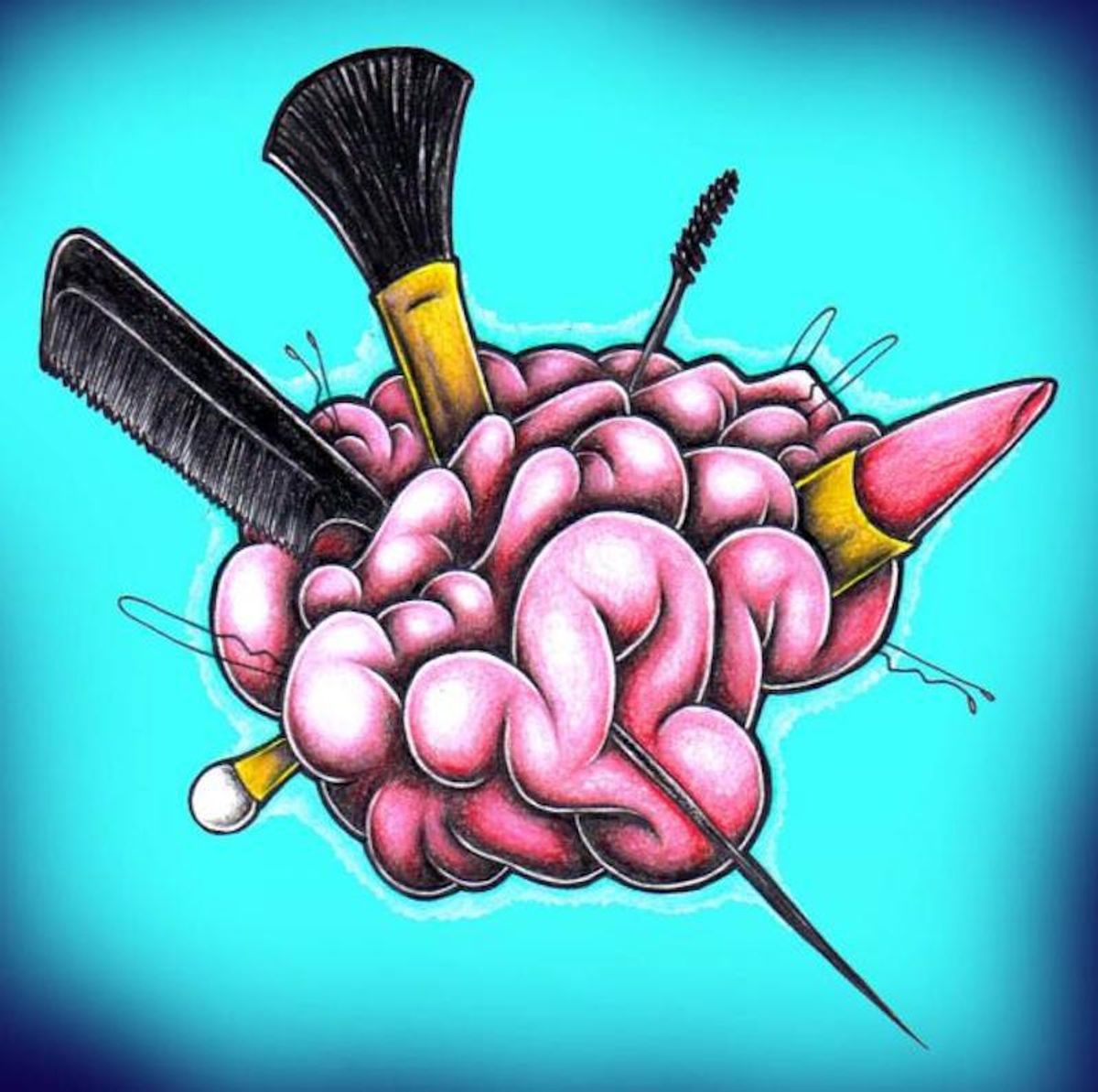 In the battle of brains versus beauty, which one takes the gold? A movie that recently came out that I went to see with my mother is “The Neon Demon.” My mother and I went to an early showing and ended up to be the only ones in the movie theater, which meant we could have loud reactions to any part of the movie and no one would find us obnoxious. The film was about a girl Jessie from Georgia that moves to Los Angeles in order to pursue a career as a model. She lost her family and enters the world of modeling abruptly and harshly. Jessie is only 16 years old but pretends to be 19 years old in order to receive more work from modeling agencies. She is introduced graciously by a makeup artist Ruby. Jessie also encounters two models, Gigi and Sarah, that see Jessie’s beauty and youthfulness as a threat to their own success. These models have gone through drastic measures to maintain their ageless beauty, such as countless procedures of plastic surgery. Jessie, in the beginning of the film, explains that she is blessed to be beautiful, given that she believes that she has no real talent to offer the world. She knows her physicality gives her the ability to provide for herself. She starts off as a very kind character who knows that she is gorgeous but does not use it spitefully or malevolently towards others. Her persona soon changes when she gets a taste of the spotlight when she is the closing act of the fashion show. She believes that women would kill for her beauty and that she does not need others in her life and can gain absolutely anyone she desires due to her remarkable looks. She soon comes to a rude awakening when her vanity takes over and flaunts her new-found confidence to the other women which ends in her demise.

The film “The Neon Demon” touches on important issues that if you would take the time to further analyze the film, you would see that the issues discussed in the film are issues found in our society. “ The Neon Demon” touches on the fact that women are envious of other women, whether it being for how successful they are or how pretty they are. In society, women may still feel as though they need to compete with one another in order to get ahead in the world, whether it being intelligence or beauty. Another issue the film discusses is that beauty is a commodity and can be replaced in an instant. In society, it seems as though once a woman turns a certain age she is not as vibrant as she once was, and now, her significance is now diminished. There is so much pressure to be as youthful as possible because youthfulness in society is new, shiny and eye-catching. There were several other issues that were directed in the film, but the issue that struck with me was that if a woman is pretty that is all she will ever be and that is all she’s worth- your beauty determines your success in the world and how many people want to associate with you. In the film, the male, modeling talent director states that men only put in their time to women that are beautiful. He said that you can distinguish between artificial beauty and natural beauty. This statement can be seen to be true for the most part. From a young age, girls are pressured to be beautiful and products are used to enhance a girl’s beauty, which is being advertised through the internet, television, movie, magazines and social media. In every advertisement, a woman is perfectly groomed, from head to toe, and she seems to have a great life and appears to be the utmost happy person. It is giving the notion that if girls look better, they will be treated better and will have better lives and be happier in the long run.