What Is The 'Global Gag Rule'

The 'Global Gag Rule' Must End, And Arizona Can Help

The Fight4HER campaign efforts and what we can do in Arizona. 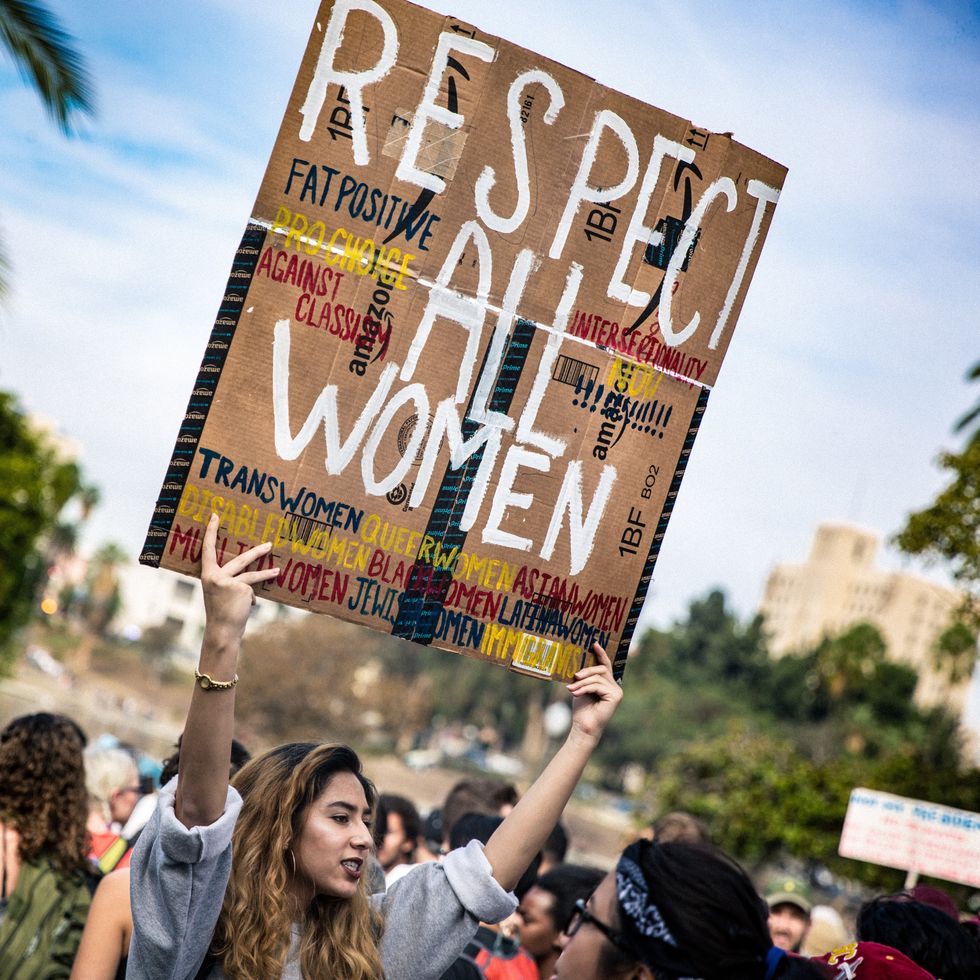 The "global gag rule" was first set into place in 1984 by President Ronald Reagan, with the intent to target abortion providers in developing countries.

The objective of the Population Connection Action Fund campaign, Fight4HER, is to educate, empower and fight for efforts in order to demolish this rule.

The Fight4HER campaign efforts can be found in eight different states, one of them being Arizona. According to Population Connection Action Fund, activists are working on the ground level to "take direct action that puts pressure on members of Congress to support the HER Act."

"The reason why I'm on the ground is because we've identified these states as places we can make an impact on the election but also influence those legislatures, Congressmen and -woman, to pass a bill called the Global HER Act," said Brittany MacPherson, Fight4Her's Arizona's in-state organizer.

Although the idea of the "global gag rule" was to target abortion providers, it has since created grave consequences for the health and lives of impoverished women and their families from countries such as, Africa, Asia, and the Middle East. The law impedes U.S. funding to foreign non-governmental organizations, offering abortion services.

This isn't the first time we are seeing this law in action. It has been ratified by each Republican administration. Although it has become a much bigger issue under Donald Trump's presidency. According to an infographic done by the Global Fund for Women, "this is the first time the 'global gag rule' will apply to all global health funding."

The policy has had catastrophic effects according to, Time Magazine. It was believed to be expected but has affected so many "clinics are shutting down, unsafe abortions are predicted to rise sharply and families are using critical services across the globe," the article said.

The Global Health, Empowerment, and Rights Act (Global HER Act), was brought to the senate by Jeanne Shaheen (D-NH) and Nita Lowey (D-NY). These two women said the aspiration of this act is to "create a permanent, legislative repeal of the 'global gag rule.'"

The campaign, Fight4HER, was launched three days after President Trump was elected and is continuing to educate and spread awareness through its 10 organizers in eight states. It not only educates the communities but the activists as well, as they get to travel and learn from those they meet.
"Its {Fight4HER campaign} been a great way for me to gain insight into what federal policy regarding international reproductive rights look like and how grassroot organizing can make an impact on federal policy," said Lauren Salmiery, Senior Field Coordinator of Population Connection Action Fund.

In Arizona, the organization carries on with its efforts by reaching out to students and those representing in the voting poles. The campaign has made goals to talk to students on the Arizona State University campuses and have them sign voter cards so that when November comes they can call and remind them to vote.

For those off campus, they have made it their goal to knock on 1,000 people's doors, educating them on the repercussions of the rule at hand. It's imperative for them to "make sure people know there is an election and what is at stake".

Women across the globe are harmed by this law, from all walks of life, from all different regions. An upwards of 26 million women along with their families are being affected. Groups of women such as, pregnant women, young women, women living with HIV/Aids, women in conflict zones, women with disabilities, refugees and so many more.

"Before I got on the ground, before I even took this job I didn't even know what the 'global gag rule' was. Every day I speak with hundreds of people who don't know what this is either," said MacPherson.

One of the main dilemmas faced by the organizers is that people don't know, they don't understand and they aren't educated. The stigma is in need of being broken, awareness and movements are important in order to advance reproductive and sexual rights.

"Every day is a day to educate people," MacPherson said.