Why Sports And Politics Should Never Mix
Odyssey
CurrentlySwoonLifestyleHealth & WellnessStudent LifeContent InspirationEntertainmentPolitics and ActivismSportsAdulting
About usAdvertiseTermsPrivacyDMCAContact us
® 2023 ODYSSEY
Welcome back
Sign in to comment to your favorite stories, participate in your community and interact with your friends
or
LOG IN WITH FACEBOOK
No account? Create one
Start writing a post
Sports

Sports and politics are not a good combination at all. Here's why. 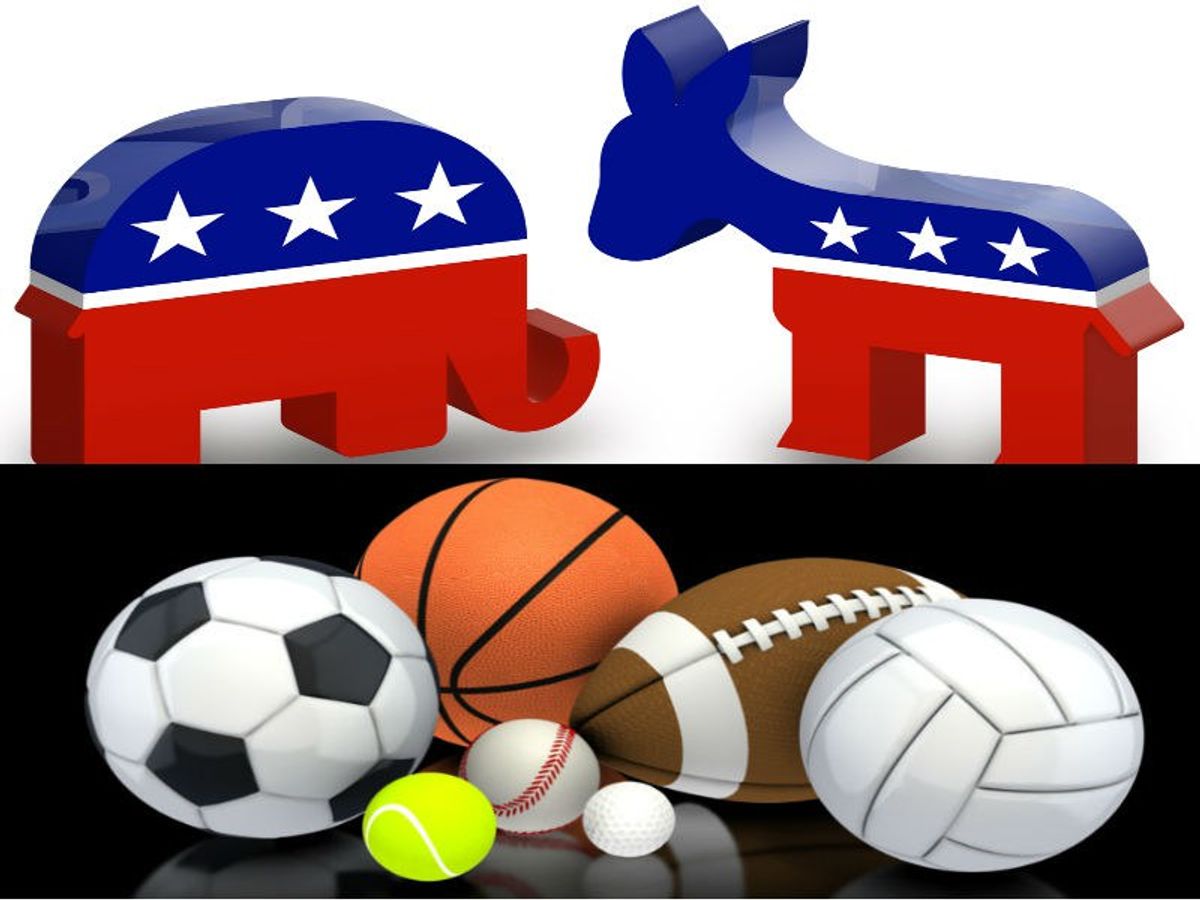 In today’s world, it’s very hard to not hear about politics or sports wherever you are. Whether it’s controversy surrounding the upcoming election or Stephen Curry and the Warriors, chances are, you’ll hear about sports and politics more than you wish during the average day. And, very recently, the two have mixed.

And that’s a bad thing.

There are blatant examples, such as Colin Kaepernick’s National Anthem protests, and there are hidden instances, such as players endorsing certain candidates on social media. But whatever the topic is, the player receives criticism one way or the other.

And here’s why that happens.

Politics are a very serious issue for some people – a subject that gets people very heated at times, such as myself.

Sports, on the other hand, are supposed to be an escape from the everyday world for most people. Sure, some people (writers, gamblers, die-hard fans) are invested in the game on a different level, but even to those extends, it’s an escape from the normal life.

I consider myself a die-hard fan, and sports are a very big deal to me. That’s largely due to the fact that it’s an escape for me. For three hours, I can watch or attend a ball game and not worry about life. I also play a sport – baseball – and for the three hours when I’m on the pitcher’s mound, it’s therapeutic. Nothing else matters but the game.

Politics, on the other hand, are a serious issue – especially in the year 2017. There’s no denying it – the upcoming election will greatly impact our country’s history. To most people, it’s a subject that causes great stress and works them up.

Those people go to sports for an escape. And sports are sports, and politics are politics.

I’ve noticed that whenever an athlete voices their opinion on the election or social issues, they get destroyed for it. And that’s because people like them as athletes – not politicians – who take their minds away from politics.

Athletes should realize that no matter what they say about a politician or political issue, no matter how innocently they do it, they will be heavily criticized by one side – they can’t win.

Just a few days ago, certain NFL players voiced their opinion on Republican Presidential Candidate Donald Trump. The article, published by BleacherReport, received hundreds of comments – most of them not positive. The crux of the comments’ messages: sports and politics don’t mix well.

So, to all athletes voicing their political opinions: Yes, you have freedom of speech. But please don’t bring politics into sports.

It won’t please anybody.

QueenRadhi
The State University of New York at Stony Brook
2995