What Happened To The Bison In The 19th Century?
Odyssey

What Happened To The Bison In The 19th Century?

It Was One Of The Worst Ecological Episodes In American History 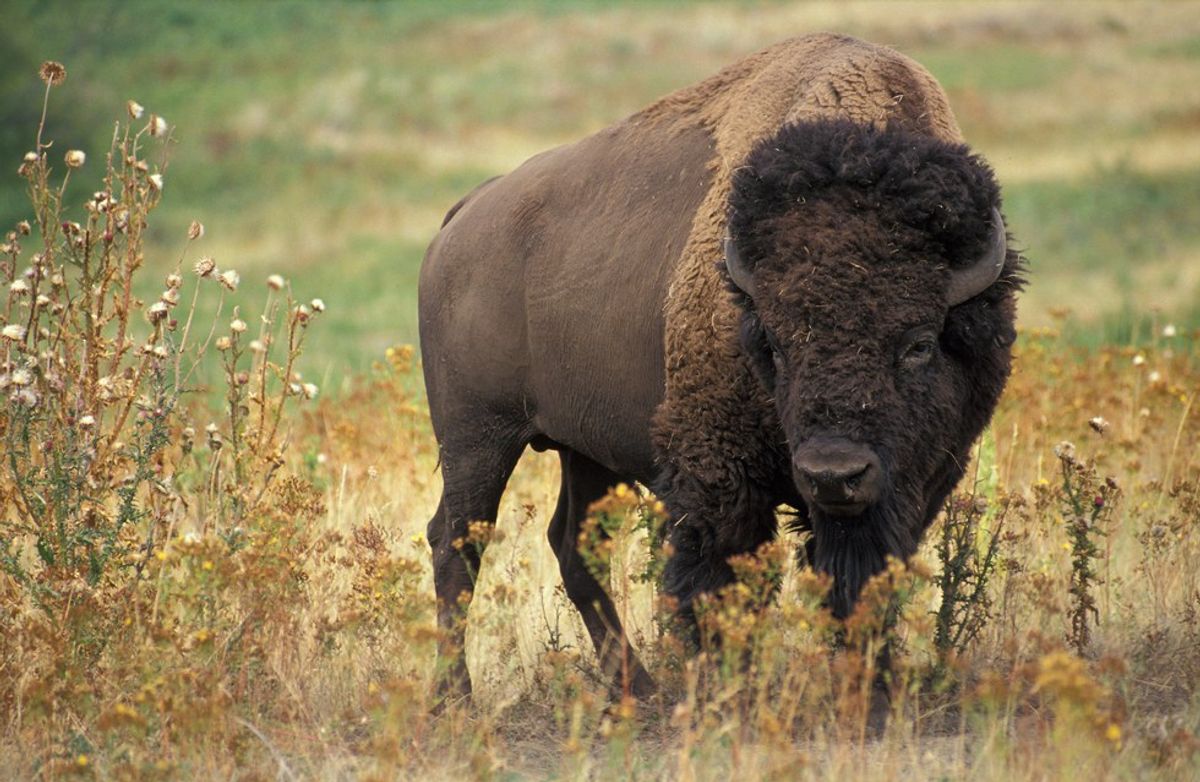 The North American Bison roamed the region in numbers as large as 30 million in the early 17th century. Native Americans used the Bison in several ways, including food, instruments, clothing, bedding, and blankets. Innovations over time such as the use of guns and the introduction of the horse led to a significant depletion of the Bison from approximately 30 million to around 15 million. However, since this was before industrialized production and trade, this vast decrease in Bison population took two centuries to play out. The 19th century marked a significant increase in the rate of Bison depletion, and by the end of the century, the population of Bison decreased from 15 million to just a few thousand. This rapid destruction of the Bison population stands out as one of the worst environmental occurrences in American history. Several factors contributed to this calamity.

The United States bitterly fought with Native Americans throughout the 19th century, primarily with the Plains Indians, who heavily relied on the Bison for many reasons. With battles such as The Battle of Little Big Horn, the fight became much more of a struggle than they originally thought. The military decided that in order to more effectively fight the Native Americans, they would remove the animal they relied upon so much: the Bison. The military encouraged hunting by establishing military barracks where hunters could gather, and even sponsored shooting sprees from the railroads. In general, this wasn’t the primary reason for the Bison’s destruction.

The primary reason for the Bison’s destruction in the 19th century was the response to an innovation in the hide tanning industry. Bison hides were hunted in America and then shipped to Europe to be made into leather, which was demanded for reﬁtting European armies in the post-1870 period. Due to this innovation, there was a spike in American buffalo hide exports from 1873 to 1875, rising from approximately 790,000 hides in 1873 to just over 1 million hides in 1875. One of the most important parts of this story is how prices weren’t able to accomplish their primary function: to act as a signal for proper resource allocation. Especially with natural resources such as the Bison, prices shift up and down depending on its scarcity. If the Bison are numerous and not very scarce, the price lowers, which signals buyers to hunt more to lower the supply of the animal. However, if the Bison is rapidly hunted such as it was in the 19th century, the price should have risen to reflect its increased scarcity. This would encourage people to slow down Bison hunting so that supply can catch up to the demand. In reality, the price of bison hides remained fairly rigid throughout the period. In 1871, the price in New York of bison hides was $4.35, and in 1885, the price stood at $3.58. This change in prices is relatively small considering this was a period of the mass reduction in the bison population. This rigidity failed to provide a disincentive to continue hunting bison. This allowed the Bison hide industry to continue the hunting of the animal at breakneck speed. Finally, close to the turn of the 20th century, the trade slowed down, and when the dust settled, the Bison numbered in the thousands.