What Dee Gordon Means To The Seattle Mariners

What Dee Gordon Means To The Seattle Mariners 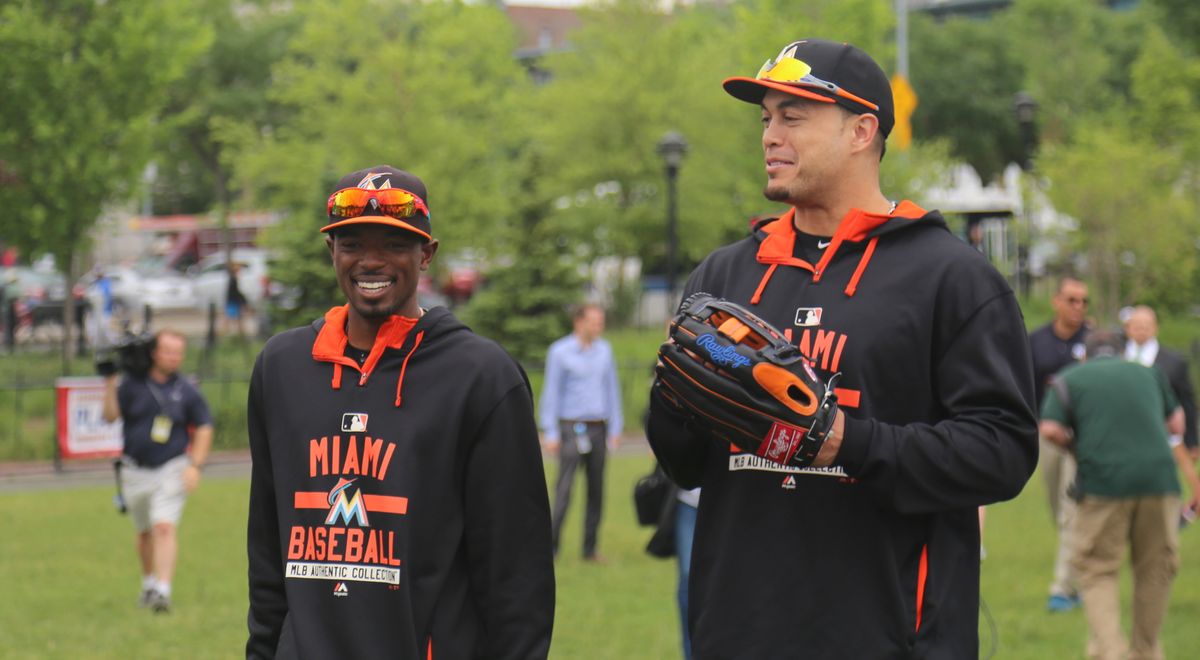 When Dee Gordon got traded to the Seattle Mariners, there was excitement that the Mariners were getting a .300+ average player, a true leadoff hitter, and a big-time speed threat on the base paths.

After that excitement wore-off, there was a second of thought. Where is Dee Gordon going to play for the Mariners? His previous positions of second-base and shortstop were maybe the two most secured spots on the roster in the form of Robinson Cano and Jean Segura.

Then the news hit that the Mariners were turning Gordon into a centerfielder. Some were extremely nervous about this move, and some were confident.

It isn’t every day you see a second-baseman transform their game to the outfield, much less centerfield, but if there is one person who could, it is probably Dee Gordon.

His lightning quick speed will help him cover all areas in the outfield, even the big field in Safeco. It also helps that on either side of him will most likely be fast, athletic fielders as well.

It isn’t like past years where he could be surrounded by Seth Smith and Nelson Cruz, he will be surrounded with Ben Gamel, Mitch Haniger, Guillermo Heredia, and other talented fielders.

Besides the transition to centerfield, Gordon gives the Mariners something they haven’t really had since Ichiro left. That presence is a leadoff hitter. Jean Segura did a great job as last years’ leadoff hitter, but didn’t necessarily fit the true mold of a leadoff hitter.

Gordon is coming off a year where he hit .308 with 60 stolen bases. Add those numbers with his .341 on base percentage, and you’re looking at a truly great piece for the Mariners lineup.

If, and when Gordon gets on, it will create a nightmare for opposing pitchers and defenses. After Gordon, they have to go through the gauntlet of Segura, Cano, Cruz, and Seager. Even then the lineup doesn’t get exactly easy.

Gordon provides great length to the Mariners lineup. This will surely help the offense provide more runs to a questionable starting rotation and bullpen that may need some.

Already in a few Spring Training games, Gordon has had a big impact and we have seen the top of that lineup produce.

It may be an adjustment and take some time for Gordon to get used to centerfield, but as long as he is doing his thing hitting, running, and scoring runs for the Mariners, they can deal with the adjustment in centerfield.

Gordon was a much-needed piece for the Seattle Mariners, and hopefully he can push them into the playoffs for the first time since the 2001 season.

A Letter To My Teammates Before Game Day