So we aren't FWBs, but also not in a relationship? 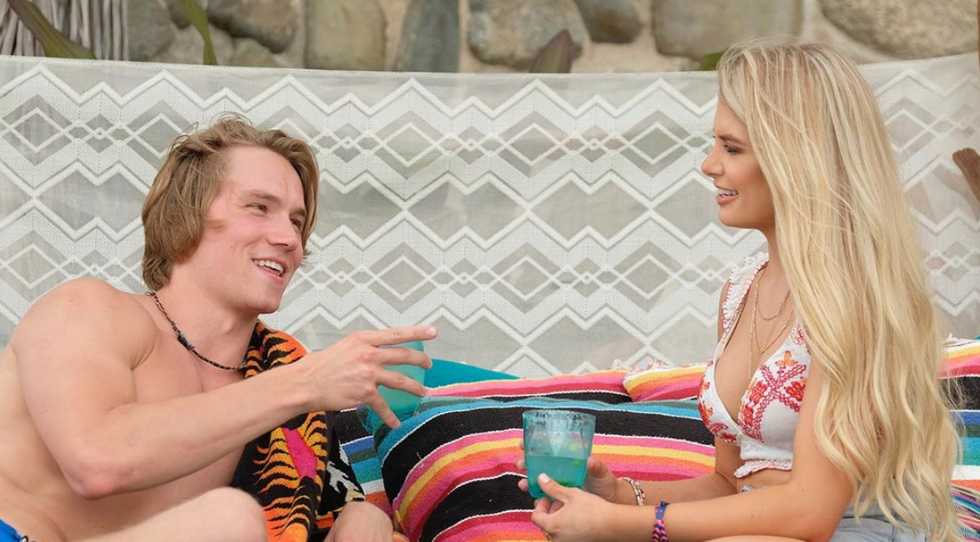 Alright, there's something that needs to be talked about that just isn't getting the attention it deserves. That something is the "thing" relationship. The type of relationship that doesn't even have an actual name because no one knows what the f*ck it is.

At least in hookup culture, everyone is hooking up just to hook up and that's that. In "thing" culture, it's not as cut and dry.

It seems like everyone is in a "thing" or recovering from a failed "thing" these days.

It's really fun when your parents ask who so-and-so is and whether or not you're dating and you're just like, "No, we have a thing." And your parents are like "What?" And you're like, yeah, I don't really know either.

So what is a thing?

This generation hooks up first, then if they like each other they might get coffee or dinner to see if there's an emotional connection in addition to the physical connection. When you start to add in that emotional connection — that's when things get messy. It's not like you hookup one night to meet your physical needs and then you never talk again.

There's this awkward mix of physical and emotional attraction in which you want to see this person more but you don't know whether to hit them up with the "U up?" Snapchat at 2 a.m. or ask them to get coffee sometime after class.

As a girl, this whole "thing" era is confusing and emotionally exhausting. The guy you have a thing with might take you out on dates, stay the night, have deep conversations with you, meet your friends, make time to see you, et cetera, and then end it all after one to two weeks for what appears to be no real reason.

You're left confused wondering what you did wrong. "Was I not good at the physical stuff? Am I too annoying? Do I need to be thinner or prettier? Was I too available? Should I have watered myself down so that he would've liked me more?"

I'm not a guy so I can't completely say my piece on how they function when it comes to their end of "things," but I have asked some of my guy friends for their thoughts on the matter. Their reasons for ending these things have been that they didn't have time to be emotionally invested in someone, they weren't over their ex, they didn't want to be tied down to anyone because they wanted to hook up with other people, and probably the simplest reason — they were too immature to realize what they had.

Know what you want. If you want one-night no-contact hookups, go for it. If you want a friend with benefits, leave out the coffee dates and study sessions. If you want someone to get coffee with, study with, nap with, go on dates with, then let whoever you're interested in know that so you know if they want that too.

Be honest with people.

These "things" are messy and exhausting. You don't know if they are seeing other people, you don't know if you should ask them to get coffee or not, you feel rejected when you hit them up late at night and they say "Nah," and so on.

Most importantly, you have to know what you want. If you are looking for a relationship, don't settle for "maybes" and "I don't knows." You're only wasting your time and effort on someone short term when you could be saving it for someone long-term. On the other end, it's not fair for you to act all relationship-y with someone if you know they're interested in more than late nights and you're not.

"Thing" culture can't be cut out completely but you personally can decide that it's not for you if it isn't.

Communicate what you want and where you stand with someone to them. If they don't see a future with you when you bring it up, then they're not the one and at least you know before you waste your energy. If you just want a hookup or friend with benefits, make that clear.

The "thing" culture is exhausting and the only way to pull yourself out of it is by knowing what you want and being honest.