When do we start taking the Dallas Cowboys seriously? 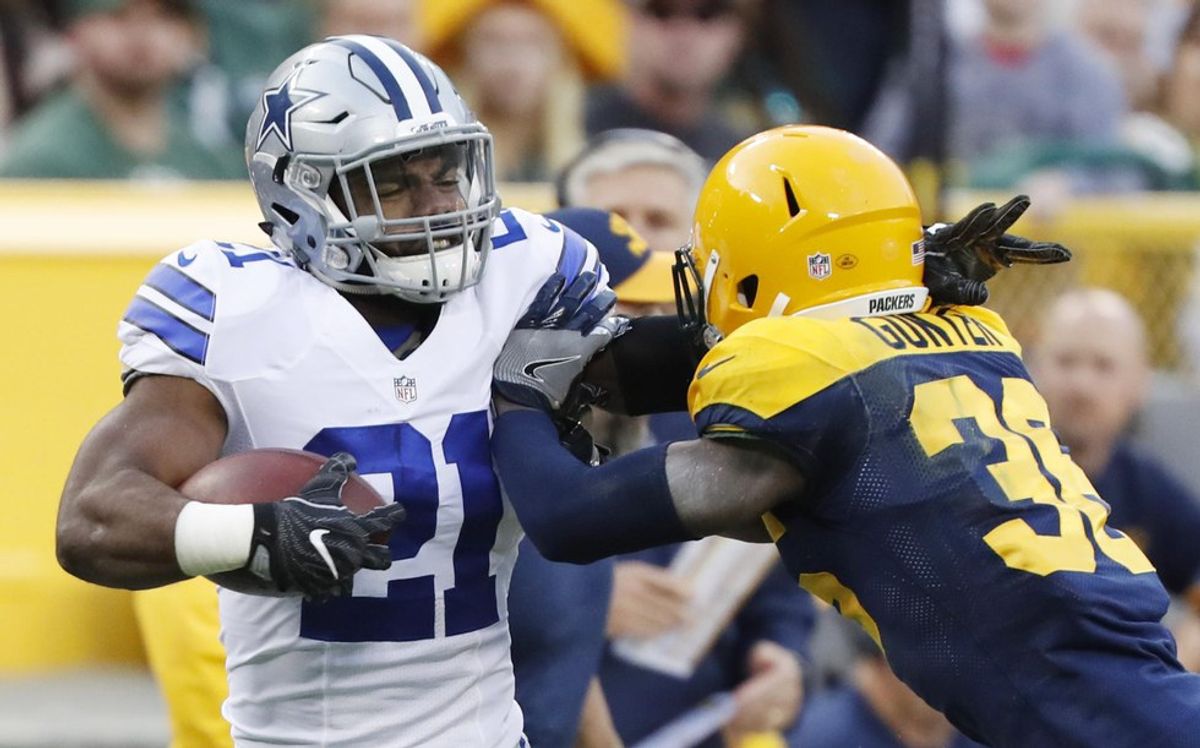 Matt Ludtke of The Associated Press

The Carolina Panthers are 1-5, the Denver Broncos actually lost an AFC West game and the Dallas Cowboys look to be getting even better. What is going on in the NFL? Here's my best shot at making sense of it all.

The Vikings were off this week, but they will get a tough test from the Eagles in their return to NFC action. While the Vikings are a favorite to defeat Carson Wentz and his crew, they will be facing an Eagles team that is somewhat desperate and disappointed following a surprising loss to former Eagle, DeSean Jackson and the Washington football team. The Eagles do not want to drop three in a row and risk falling out of contention for the NFC East crown, so this is nearly a must win for them. On the other hand, the Vikings look really good, but this is not nearly as important for them as it is for Philadelphia. This is by no means a trap game, but it's a very losable game.

This Week: Away against The Philadelphia Eagles, 1:00 p.m.

The Belichick machine continues to roll on with a 35-17 thumping of the fading Cincinnati Bengals. Tom Brady looked incredible and the defense looked incredible. Insert compliment here. Insert superlative there. Insert cliche right over there. Ok, let's get to the real stuff. The New England Patriots have surpassed all expectations following the four game Tom Brady suspension, but they have yet to beat a team with a winning record. I am not implying that they are not as good as advertised. If I didn't believe they were good, I wouldn't have them in the number two spot, but their lack of tough opponents does leave me feeling a little skeptical. It's no fault of their own, but it's the truth nonetheless.

This Week: Away against The Pittsburgh Steelers, 4:25 p.m.

Dakota came up big and I don't care what anyone says, if he's not the starter when Tony Romo comes back, Jerry Jones is a bigger idiot than I originally thought he was. As much as I hate to admit it, the Dallas Cowboys are ballin! They've held teams under twenty points four straight weeks and their offense keeps maturing. The scariest part about this team is that they are only getting better. I am not ready to go all in on this team yet, but I'm getting really close.

The Seattle Seahawks proved me wrong on Sunday by taking out Matt Ryan's crew. They dominated early and nearly blew the game down the stretch, but a win is a win. However, I am a bit skeptical of their defense after watching them get lit up during the 3rd quarter. As noted previously, this is not the 2014 defensive unit, but they can't look like they did during the 3rd quarter. If they do, late season opponents such as the Patriots, Eagles and even the Panthers will light them up down the stretch.

This Week: Away against The Arizona Cardinals, 8:30 p.m.

There's no getting around it. The Denver Broncos looked like a hot mess Thursday night in San Diego. I think it's safe to say that having Trevor Siemian throw the ball fifty times is not a sound game plan. With that being said, they still had a shot to win at the end of the game. Similarly, the Broncos has a shot to win down the stretch against the Falcons last week despite playing poorly. This is a turning point for the defending Super Bowl champions. Are they going to be the team to win close games down the stretch or are they going to be the team to lose close games down the stretch? That could be the difference between them having a shot to defend their Super Bowl title or ending up like Cam Newton and company.