We Never Said ONLY Black Lives Matter!
Odyssey
CurrentlySwoonLifestyleHealth & WellnessStudent LifeContent InspirationEntertainmentPolitics and ActivismSportsAdulting
About usAdvertiseTermsPrivacyDMCAContact us
® 2023 ODYSSEY
Welcome back
Sign in to comment to your favorite stories, participate in your community and interact with your friends
or
LOG IN WITH FACEBOOK
No account? Create one
Start writing a post
Politics and Activism

"Our lives begin to end the day we become silent about the things that matter." - MLK 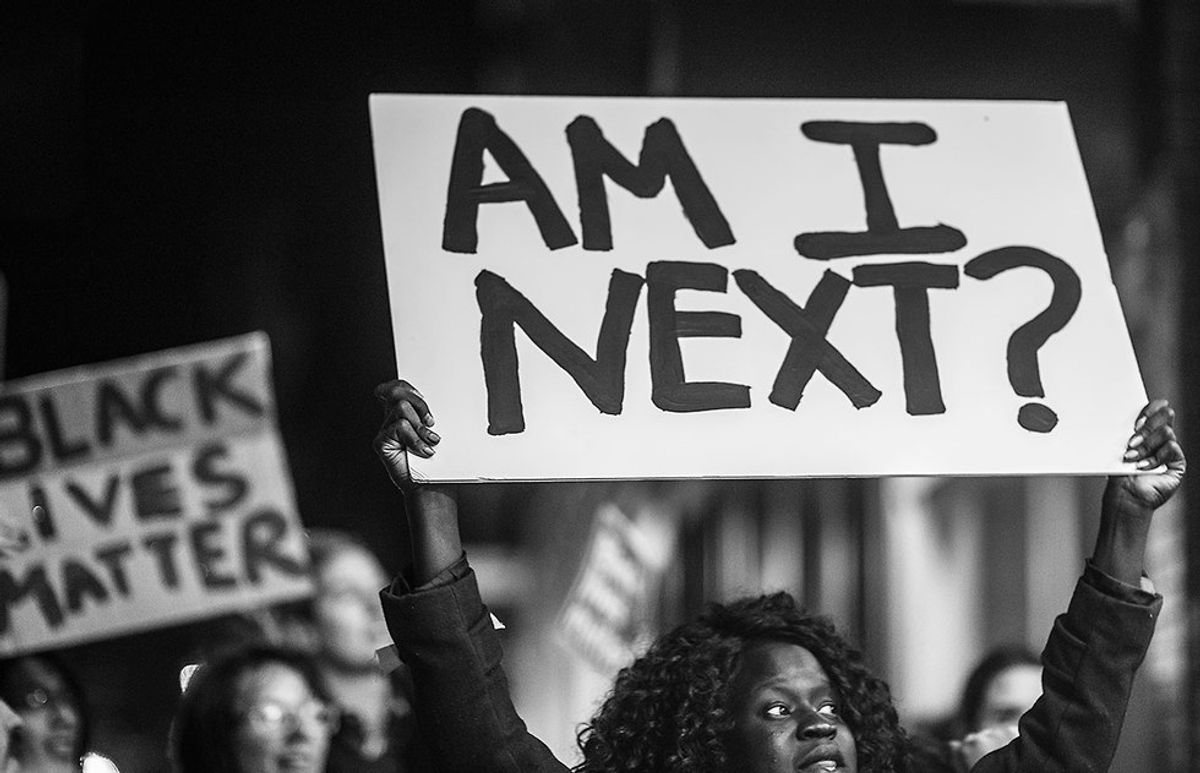 The Black Lives Matter movement is not about hate or revenge. It is about equality and justice. All we want is to be treated as equals. We want, no we deserve, not to be gunned down for selling CDs, wearing a hoodie, or reaching for our license. We deserve to be treated with respect, just like anyone else.

You love our dance moves, our "boxer braids", and our sense of style but not us. You'll jump up and hit the dab with us or twerk to Panda but when one of us is murdered for no apparent reason, you become quiet. You're closest friends can be black yet you won't stand up for them.

And let's get one thing straight.

We know all lives matter but that is not the issue; we're not saying that they don't. We're saying our lives matter, too. A guy commented on my Instagram post, "Police have killed more white people in 2015 than black people." I think what he was trying to prove is that cops aren't just killing black people. But if you want to bring in the statistics, then you have to have all of the information.

There are about 240 million Caucasian people in the USA while there are only 42 million African American. So for every one white person murdered by the police, there is over 25 black people killed. So, it hits our community much harder, statistically.

Our ancestors have BEEN fighting and dying for our freedom. Police have BEEN targeting and attacking black people. Sit down and listen to one of 2Pac songs if you don't believe me. Being treated unfairly is not something that is new to Black people. We've have BEEN asking for peace and justice. So, what do you expect us to do? Keep asking?

We won't just roll over and be quiet. Not anymore. And if you decide not to stand with us then that it your choice. Just know that we will continue to try and get this "freedom" that we never really had.